I wanted to see what the fuss was about. 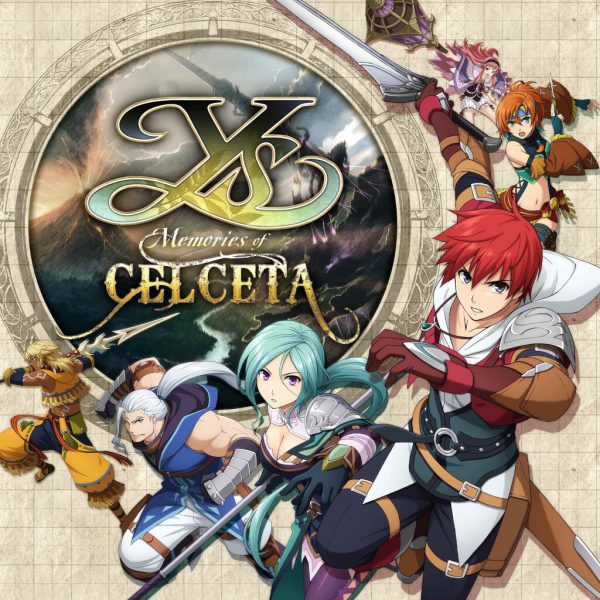 It pains me to say this, but the PlayStation Vita never stood a chance in our fair country. It’s a shame, too. For a fan of RPGs like myself, I always thought the Vita was the perfect console of choice. One game that really solidified its place for me was Ys: Memories of Celceta. The game was released on the Vita in 2013 and chronicles Adol’s third adventure. Originally developed in 1993 by multiple game publishers, Memories of Celceta uses the foundation from Ys 7 to tell Adol’s story after the events of Ys II. Now, a PlayStation 4 version is available. If you missed the Vita version, then you’re in luck. If you already played the Vita version, then you’ll know exactly what to expect. This PS4 version is a near perfect replica of the Vita version.

As mentioned, Ys: Memories of Celceta takes place after the events of Ys II. There is a myth about the forest of Celceta: they say that if you go in too far, then you will lose your memories. Does that stop everyone’s favorite fiery headed adventurer Adol Christin? No. Adol finds his way through the forest and wanders into the town of Casnan. But, he ends up becoming an amnesiac. Luckily, he hasn’t forgotten his sense of adventure and with his friend Duren, he decides to figure out what exactly happened to him during his first voyage through the sea of trees. Adol and Duren end up getting the aid of four other characters. There’s the lovely Karna, a glamazon who lives among the trees with her clan of hunters. There is also my favorite character, Calilica, who is a magic apostle from the town of Highland. She fights with a mace that probably weighs twice as much as her and can summon it at will in a similar fashion to a magical girl from anime. The story already has plenty of intrigue because you’ll be behind Adol the entire time, hoping he remembers what went happened. Memories of Celceta sets the stage for the Romun Empire, the lore of Eldeen and the enigmatic Clan of Darkness seen in other games in the series.

Celceta isn’t the most hospitable place, so Adol and his comrades will have to do plenty of stuff to prepare for their travels. Towns allow you to buy items, weapons and armor. There is also an exchange option, which lets you exchange useless materials from monsters and plants for more useful ones. These materials can be sold for money, refined or used in upgrading your weapons and armor. Each town also has its own specialty shop. For instance, in Highland you can upgrade your key items if you have the right raw materials. In the village of Selray, you can upgrade your weapons and armor. With enough tweaking, your equipment will be able to inflict serious hurt upon your foes. Entering new towns never has a dull moment, and with a variety of chatty NPCs with side-quests, you will spend more time in them than you’d think.

Once you have had enough of the sightseeing, it’s time to exit the safety of the town walls and get ready for battle. Combat is fast, exhilarating, and full of variety. If you played Ys 7, you will feel right at home. Each character’s weapon has a property: slash, strike or pierce. Certain enemies are weak to these properties. Exploiting their weakness means better battle rewards. Each character can execute a powerful combo and has access to various skills. The more a skill gets used, the more powerful it gets. Best of all, by using skills, you can fill up a gauge that lets you unleash a devastating ultimate attack. For defense, there’s the option to guard and dash. Timing either of these right will trigger a Flash Guard or a Flash Move, respectively. Combat is the game’s best feature.

The most (and, really, only) noticeable difference between this version and the Vita version is the presentation. Character and monster models are the same, but the resolution and animations are smoother. The transition from portable to console was seamless, but it still has the look of a Vita game. This isn’t a bad thing – the original was very pretty. The same soundtrack and voice acting were used, too. The addition of Japanese audio is available but, again, there’s nothing groundbreaking. All that said, the game still looks and sounds great.

Otherwise, there isn’t anything new in this version of Memories of Celceta. Once you finish the game, New Game Plus lets you carry over everything you’ve earned. There are various modes of difficulty and a boss rush mode. I really enjoyed traveling with Adol and his Celcetan friends again, but a part of me was hoping for something a little extra. This is a solid game, but having recently finished Ys IX, I was hoping that some of the modern Ys mechanics or some additional content would have made its way to the port. Instead, this is a near-exact replica of the Vita classic. It’s a great game that comes highly recommended to those without a Vita. But, if you’ve already played the Vita version then you’re not missing a thing by skipping this PlayStation 4 port.

Overall, 9/10: Ys: Memories of Celceta is a solid port of a solid game. However, you can safely skip this if you’ve already played the original.