Rise up! Tales of Arise.

I wanted to see what the fuss was about. 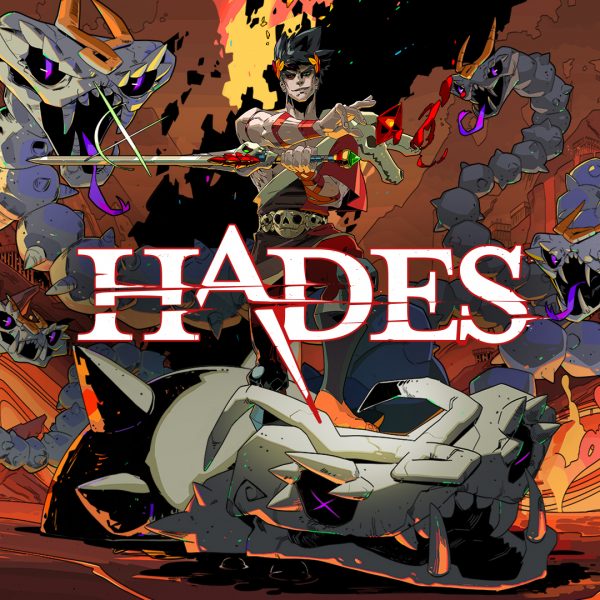 Greek Mythology has always fascinated me. When I was kid, I would try to find as many books and references as possible to satiate my interest in it. Greek Mythology lore is perfect for media: cartoons, movies, short stories, and of course, video games. There’s the popular God of War series, the difficult Battle of Olympus on the Nintendo, and the lesser-known Rise of the Argonauts just to name a few. There’s also Hades, a rogue-like dungeon crawler available for modern consoles, that uses Greek Mythology as its blueprint. This classic setting and some snappy writing give it a unique premise. Unfortunately, Hades suffers from a modern gaming trend in which its difficult just for the sake of being difficult. This and a few other issues make it an unfun game and hard to recommend to even the most diehard fans of the genre and/or those interested in Greek Mythology.

You take control of the son of Hades, Zagreus. Zagreus has decided to defy the gods of the underworld (namely his father) and fight his way outside. Aided by the gods of Olympus, some denizens of the underworld, and a selection of powerful weapons, Zagreus must use all his wit, strength, cunning and wisdom to make it out or “die” trying. Since Zagreus has divine blood running through his veins, Hades’ onslaught of monsters and traps will do nothing more to him than give him a good slap in the face and send him back to the start should he reach his limit. And, each time this happens, more information about Zagreus, the truth behind his desire to leave, his father Hades, and the rest of the cast will be revealed. This one of the interesting parts of Hades: the story has a lot of dialogue that gets revealed the more times you’re forced to start over. The dialogue is charming, but repetitive. The same things get said over and over but with different words from different people. After a certain number of tries there’s a high chance you’ll ignore the story bits so you can try to make it out of the underworld again.

And trying again is something you’ll be doing on the regular. Hades is a difficult game. Note that the game has an option called “God Mode” that makes the journey slightly easier, but not by much. Zagreus will trek through the underworld armed with one weapon and a magical ruby that can be hurled at enemies. He’s able to dash to avoid damage/close the distance on enemies. The weapon you select can perform various attacks. During his treks through the randomly generated underworld, he’ll find money, dark energy that can be used for permanent power boosts, and various boons from the gods on high. Each god will provide one of three randomly generated boons. Some boons, as well as the effects from the gods, are better than others. For instance, Aphrodite’s boons allow Zagreus to inflict the Weakness Status on enemies. Poseidon’s boons use water to push enemies away. The boons and their efficacy, as well as most of the other possible rewards are all dependent on RNG. This means some runs will be going well and others will be struggles.

The controls in Hades are tight. The attacks from Zagreus’ weapons feel solid and visceral. During the inevitable retries, you can see Zagreus slowly (very slowly) but surely getting progressively more powerful. The satisfaction of overcoming an obstacle is great…at first. At some point, you’ll realize that Hades is hard for the sake of being hard. High difficulty is one thing, but it often it feels like damage/death is due to some BS. Hades is a game that requires twitch reflexes. For example, many of the telegraphed attacks are indicated by red circles. It doesn’t help that half of the game is red. Then there’s the bullet hell elements. And enemies in later stages that have super armor. And bosses with so much HP that it feels like they have ten health bars. It just becomes too much to keep up with and defeat is inevitable. After yet another retry, I was so fed up that I stopped playing. Was the game fun up until that point? Sometimes. However, with each retry I felt less galvanized and more frustrated because death felt cheap. The writing, high production visuals, and a soundtrack by an “award winning” composer weren’t enough to keep me interested in trying again.

There’s no denying Hades is a visually pleasing game. The environments are colorful and detailed. However, it’s hard to appreciate it all when you’re trying to stay alive. But, during brief moments of peace, it’s fun to stop and stare at your surroundings. When playing in handheld mode there aren’t any issues with lag or slowdown. The character art is fun. The gods and goddesses were designed to accentuate their powers and personality. The music weird. There’s not much to say about it other than I didn’t like the soundtrack. It felt like it belonged as the background music for a child’s haunted house. Voice acting, however, was solid. Some characters spoke at a quick rate (think Suikoden Teirkreis) but otherwise everything was well acted.

It’s hard to gauge how long it takes to see it all in Hades. Playtime is highly dependent on skill level. There’s also a substantial amount of dialogue to read and power ups to unlock. For me, I was done going through the motions after seven hours. Hades isn’t the game for me, but it also has its problems that are hard to overlook. Even if you fancy rogue-like dungeon crawlers, it’s hard to recommend Hades because other games in the genre feel more forgiving and do the genre’s shticks better.

Overall, 4/10: Weird balance, plentiful unlucky runs, and endless hazards every which way aren’t enough to make Zagreus’ journeys through the underworld enjoyable. Hades is not recommended.