Shin Megami Tensei III: Nocturne has been remastered in HD.

Rejoice! SaGa Frontier has been remastered! 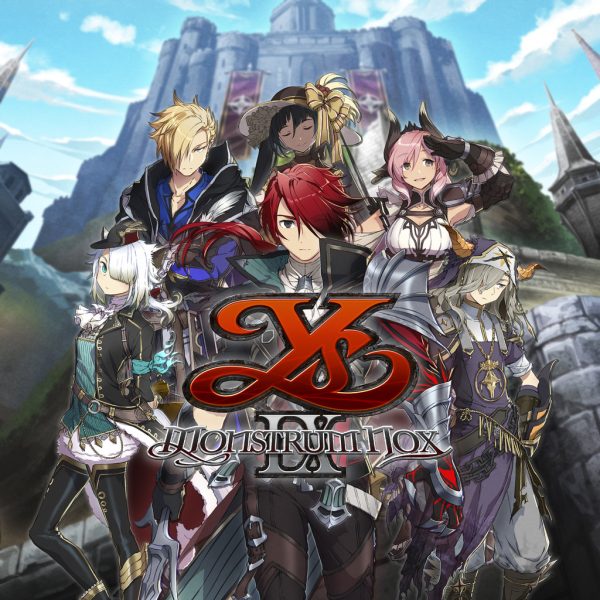 I went into Ys IX with the most cautious optimism I could muster. After being let down by Ys VIII, I learned to be careful while waiting to see what new adventures awaited Adol. Yes, most gamers found Adol’s adventure on the Seiren Islands enjoyable. I found it to be too far removed from the series; so much so that it felt like I was playing a hybrid of Falcom’s Trails series and the Ys series. As expected, Ys IX is another “modern” take on the series that began since Ys 7 on the PSP. If this is your jam, then you’ll enjoy Ys IX. Personally, I find myself longing for the days when Adol flew solo and wasn’t inundated with side-quests and collectables. The good news? I enjoyed Ys IX more than Ys VIII.

At a glance, Ys IX looks like a dark and bleak game. This is partially true. There aren’t any vast oceans to admire or lush forests to explore, but for the most part Ys IX looks like Ys VIII. The new locations look great, characters move well, and monsters come all shapes and sizes. Bosses, as expected, are titanic creatures that look as intimidating as ever. Alongside a massive prison (covered in the next paragraph), Adol will explore swamps, aqueducts, war torn battlefields and much more. For those that play on the Switch, the game looks sharp and crisp when docked. The graphics take a hit in resolution and fluidity when playing handheld mode. The music is spectacular. At this point it’s almost monotonous to gush about Ys’ music but…come on. It’s Ys. It’s going to have a soundtrack for the ages. Ys IX has a brand new OST that shows the mastery of Falcom’s sound team. The voice acting is great (not counting those that voiced Tito and Arche – they need to reenroll in acting school) but the music steals the show in the audio department. Again.

Ys IX: Monstrum Nox takes place in the Prison City of Balduq. Adol Christin and his best friend Dogi arrive at its front gates and are eager to explore the city, but their plans are cut short. Adol’s reputation as an adventurer has earned him some infamy and is arrested as a key suspect in the disappearance of a Romun Fleet on the Atlas Ocean. Adol manages to escape from his jailcell, but runs into a mysterious woman named Aprilis during his escape. Aprilis curses Adol with the ability of a Monstrum: humanoids with Gifts that transcend regular human ability. Adol’s curse turns him into the Crimson King. Together with the other Monstrums, Adol needs to uncover the truth about Balduq and the secretes within its massive prison. Ys IX has a strong start. There’s a really special moment in the prologue that recounts some of Adol’s most famous adventures. Once you reach the first chapter, you’ll have a good idea of what to expect. The formula will feel familiar to anyone that played through Ys VIII. Instead of slowly uncovering an island, you slowly uncover a city and its surroundings. Instead of a camp that serves as your base of operations, Adol and his team find respite in a bar called The Dandelion. Instead of requiring a certain number of castaways to open a new area, Adol will rely on his Gift and those of his fellow Monstrums.

Ys IX gives a small nod to games like Assassin’s Creed in that Adol can use his Crimson Line Gift to zipline onto ledges and rooftops. Not only does this lead to discovering new treasure chests, but it will allow you to uncover one of the game’s many, many collectibles. These include: flower petals, graffiti, landmarks, meals, grimoires, and much more. You get more Gifts as the story continues and the other Monstrums join the story. You’ll gain the ability to see hidden switches when Doll joins. You’ll gain the ability to move underground when Renegade joins. For those that like exploration and collecting, this is your game. When your party is complete you’re essentially granted a new level of exploration that sets Ys IX apart from its predecessors. On the other hand, exploring can get trying. While it’s not as bad (or frustrating) as it was in Ys VIII, there will be times when a chest or new area is just out of reach and you’ll have to wait until another time to get to it. To add, Ys IX features a ton of items to buy or create but money/supplies are usually in short supply without extra farming. Having the latest and greatest gear isn’t required, but it’s still a bummer knowing you immediately can’t get that new, shiny sword due to its outrageous price.

As you probably guessed by now, Adol isn’t alone in his journey. After a Monstrum joins him, they not only reveal their true self but they hang out with Adol and the NPCs at The Dandelion. My problem with them is the same as it was in Ys VIII. The characters are well-written and bring diversity, but they always have to make a comment about anything and/or everything. The pace of the story slows down drastically more times than not because of the large, chatty cast. In an ironic twist, one of the Monstrums is battle loving warrior that loves a good killing. He’s always trying to keep the conversation to a minimum so the party can go to the next enemy infested area and beat on some baddies. There were plenty of times he and I were thinking the exact same thing.

When everyone finally shuts up, Adol and the Monstrums will engage in action packed combat against the bizarre beasts of Balduq and demons made from human enmity called Lemures. Each character’s weapon has a property: slash, strike or pierce. Most enemies are weak to one of these properties. By exploiting their weakness, you will usually earn better rewards from their defeat. With six characters that can execute a set of unique skills, combat rarely grows stale. Using skills frequently increases their power and fills up the Boost Gauge. Once full, this allows you to unleash a devastating attack that covers the entire screen. Defensively, the Flash Move and Flash Guard have returned. The action is fun, but it’s even more chaotic than ever. The screen will often get littered with massive enemies. Thus, keeping track of all the action gets tricky. Like Lacrimosa of Dana’s Raid Battles, Monstrum Nox features the Grimwald Nox. Here, Adol and the Monstrums must defend a crystal that separates the Nox from reality. Waves of enemies will attempt to crush your forces, but the entire team of Monstrums will work together to stop them. Adol’s friends at The Dandelion will offer their support. After successfully defending the Grimwald Nox, you’ll get rewarded based on your performance.

Ys IX lasts 40 hours, but that play time can range thanks to multiple difficulty levels and extras. Finishing the game unlocks a Time Attack mode, a Boss Rush mode, and the ability to transfer your data to a New Game Plus. Despite the game getting overwhelming in multiple ways, the heartwarming ending is worth seeing. Longtime fans of the series will be extra excited when some familiar “faces” assist Adol during a final, critical moment. Ultimately, I’m glad that I went through Ys IX. I still prefer the style of Ys when Adol travels solo, but if anything, Ys IX adds yet another travelogue for everyone’s favorite red-haired adventurer. If you’ve been a fan of the series changes since Ys 7, then you’ll be a fan of this. If you’re looking for something more classic, then you’ll be disappointed. Ys IX is a solid game but I hope Adol’s next adventure sees him in something more traditional.

Overall, 7.5/10: Ys IX: Monstrum Nox continues to chain Adol to the modern style of Ys that feels different from the original. The good news is that it’s a step above Ys VIII.