Onimusha 3: Demon Siege is an epic conclusion to the Onimusha trilogy.

With some new features but some old annoyances, Onimusha 2: Samurais’s Destiny is just as fun as the first game. 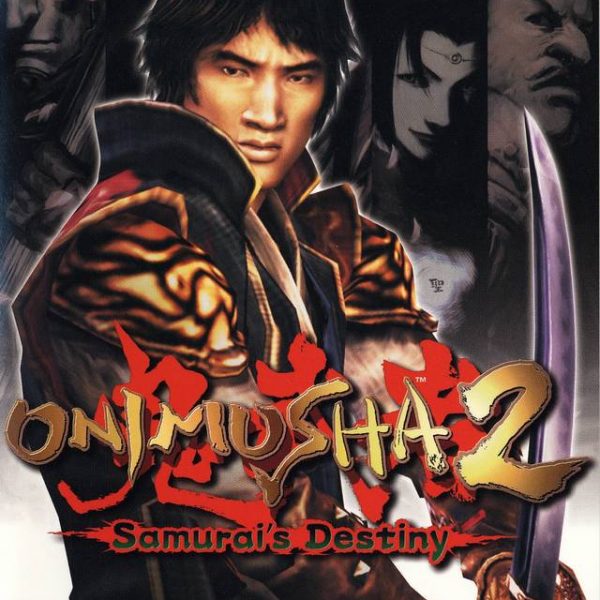 Combining Feudal Japan with dark fantasy, and topping it off with a cool leading character resulted in Onimusha: Warlords. It was a fantastic game that set the stage for a solid series. After my short time with Samanosuke, I was eager to continue with the action and decided to immediately start Onimusha 2: Samurai’s Destiny. Some of the features from the first Onimusha were kept while new features were added. Samurai’s Destiny is fun, but it feels like it moved in a lateral direction from Warlords because it provides most of the same stuff.

The beginning of Samurai’s Destiny is heavy. Nobunaga is still on a never-ending quest to make Japan his plaything. His desires take him to Yagyu Village, a seemingly simple village of farmers. Upon destroying the village and killing everyone in his way, Nobunaga and his demonic army continue their efforts and move to the next city. Days later, the last remaining member of the village returns to the horrific scene. Jubei Yagyu swears revenge on Nobunaga and his army for killing his loved ones and destroying his home. Jubei’s quest for revenge is different from Samanosuke’s rescue mission. Jubei has a hard shell and is focused more on destroying Nobunaga for the sake of revenge as opposed to the greater good of Japan. As you get further into the story, Jubei starts to become more relatable. Samurai’s Destiny has a bleaker tone than Warlords. At the same time, it’s also more outlandish. Samurai’s Destiny takes place in Feudal Japan, but Jubei will encounter giant robots, powerful firearms and a cast of characters that sound like they come from modern day comedy movie. There are times when it’s hard to take the story seriously because things are so over the top than serious.

Unfortunately, no matter the circumstance, the voice acting makes it difficult to take the story seriously. Only English voice acting is available, which means that you’ll be subjected to hearing what could have been passable dialogue get executed with over acting, under acting and/or very little talent. It’s a shame, because the music in Samurai’s Destiny is excellent. There’s a good chance that you’ll be subjected to some awful voice acting while trying to listen to some great tunes. The graphics in Samurai’s Destiny are as impressive as those found in Warlords. Other than mentioning new enemy designs and more impressive FMVs, there isn’t much to say about the graphics – they’re just that good.

The question that was on my mind as soon as I took control of Jubei was whether or not he would be another victim of tank like controls. The answer is an unfortunate yes. This means that Samurai’s Destiny uses pre-rendered backgrounds that will house multiple enemies and a fixed camera. Jubei is a mighty swordsman, but there are times when the camera angles feel mightier. Just like Samanosuke, Jubei will acquire and wield a variety of elemental weapons. You can cut down enemies with swift attacks or magical blasts that can decimate small armies. There are also restorative items and firearms that have a limited amount of ammunition. Once an enemy is defeated, Jubei can absorb the multi-colored orbs that they leave behind. Red, yellow and blue orbs are for currency, health and magic power, respectively. New to Onimusha 2 are the purple orbs. Once Jubei acquires five of these, he will transform into a demon. His attack power will multiply and he won’t take as much damage. After a certain amount of time, he will revert back to his normal form. This is a neat feature but, enemies drop orbs randomly. This means you can turn into a demon and either not have an enemy to slaughter. It would have been nice to have the ability to store the orbs instead of have them activate automatically.

While the combat in Samurai’s Destiny is similar to Warlords, Jubei’s adventure has more to do. A variety of characters will assist Jubei, each with a unique personality and the potential to join him in battle. During your travels, you can purchase goods to give to these characters. If you give them something they like, chances are they will be helpful in the future. On the other hand, giving them an item they don’t want could cause them to distrust you. Finally, various parts of the story will let you take control of one of the other characters. Good news: they can absorb orbs.

Onimusha 2: Samurai’s Destiny can take anywhere from ten to fifteen hours to finish. Upon completion, there are additional modes to try, some mini-games and new pieces of equipment. Despite the story’s nutty dialogue, its ending will make you want to see what happens next. I enjoyed my time with Jubei, but not as much as I did with Samanosuke. The bottom line is that if you enjoyed Onimusha: Warlords, then there is a high chance you’ll enjoy Onimusha 2: Samurai’s Destiny.

Overall, 7/10: With some new features but some old annoyances, Onimusha 2: Samurais’ Destiny is just as fun as the first game.