Valkyrie Profile 2 is divine to a fault. 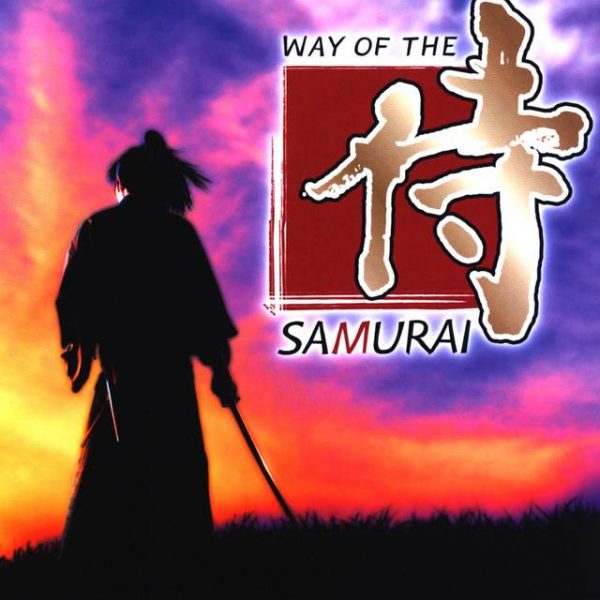 Initiating a new franchise into my collection is never easy, especially with the way the gaming industry is these days. I was getting burnt out on RPGs and fighting games, so I knew I wanted something a little different. A gaggle of action games were available, but something about the Way of the Samurai franchise caught my attention where others did not. For starters I love ancient Japan, the lore behind samurai, and anything dealing with Japanese culture. I’m a huge fan of both Tenchu and the long-gone Bushido Blade series. Thus, Way of the Samurai seemed like a good pick. I had high hopes upon starting the first game in the series. Thankfully, most of my hopes weren’t dashed.

Way of the Samurai takes place during the 19th century in Japan. History buffs will know that during this time, the Tokugawa shogunate fell and the beginning of the Meiji era was starting to commence. Thus, samurai were slowly but surely starting to become less prominent. Once viewed as honorable warriors, most wander the streets as ronin in an attempt to find work while upholding their code of bushido. You begin the game with your samurai entering a place called Rokkotsu Pass. From there, it is up to you on how to live the rest of your days as a samurai. Times are not peaceful, for the citizens in Rokkotsu Pass are under the stress of three powers. The first is the government, which hopes to revolutionize Japan with industrial technology. The second is the Akadama Clan, who cling to samurai ideals in hopes of maintaining the tradition of Japan. Finally, there is the Kurou family, that holds similar ideals to the Akadama Clan, but are starting to consider taking the easy way out and siding with the government. As a wandering samurai, you have the potential shape the fate of Rokkotsu and its citizens by siding with who you want to, or by not doing a damn thing at all. You’ll meet some influential characters that will either be your best friend or your worst enemy depending on the choices you make. It’s a great story, and depending on the actions you take, you’ll witness one of multiple endings. Since the game is only a few hours long, it’s much easier to see the various conclusions. The great thing about Way of the Samurai is how open-ended it truly is. As soon as you take control of your character, you’ll encounter a group of thugs harassing a young girl. You can ignore the situation, help the girl but then be a jerk to her, help the girl and be chivalrous, or you can join the thugs and have some fun. Scenarios like this show up everywhere in the game and your choices dictate which of the major powers you side with, as well as the ending you get. It’s always fun to explore and interact with the locales, and see how your character develops as you get placed in a multitude of situations where your choices make all of the difference.

However, there are times you’re only given two choices: fight or run away. The open-ended world of Way of the Samurai is an important factor, but combat is just as important. For those who played Bushido Blade from the earlier days of the Playstation, you’ll have a bit of familiarity with the combat system. There is no button mashing, no mindless hacking and slashing, and no flipping around to dodge attacks. Nope, you have to be careful with how you strike your foes as you use realistic sword maneuvers with a variety of blades. Weak attacks are executed with square button and strong, slow attacks are executed with the triangle button. New moves are learned with the usage of both. You can also kick your opponent. Unlike Bushido Blade where one hit determines everything, you have to use a variety of moves to eventually defeat your opponent. You also have to learn how to guard properly. Proper parries allow you to pull your foe’s sword so they turn their back to you, revealing an opening. Furthermore, using the parry command plus certain attacks will let you push your enemy back which will grant you an advantage. Way of the Samurai’s system is simple by design, but very tricky and precise by nature. It’ll take a couple of game overs for you to fully grasp the combat, despite the various tutorials. It’s more lenient than Bushido Blade, but at the same time, it’s more frustrating when you’re killed because you have to start all the way at the beginning of the story. In order to recover energy, you have to pick up vegetables off of the ground, but you can never tell if they’re poisonous or not. Thus, it is critical that you master the combat to save yourself the frustration of hobbling around Japan with low health. Overall, Way of the Samurai has tricky but rewarding combat that a patient player (like myself) will enjoy more than a casual action gamer.

Way of the Samurai’s presentation looks good for an early PS2 game. For the most part, the characters look realistic and have accurate proportions and facial expressions. At times, they can move in an awkward manner and there are other characters that look downright bizarre and take away from the realism the creators were going for. The environments are wonderful. While you wont’ be seeing any cherry blossom festivals or gigantic pagodas, ancient Japan looks scenic and invokes a feeling of, “I want to go to there” a la Liz Lemon. The music is something you’ll hardly notice, but it gets the job done. You’ll know when you’re about to cross a katana with someone when the music goes from peaceful to intense. As for the voice acting, well, there’s not much of it. Aside from grunts, yells, shouts and sighs, I was hoping that there would be a fully voiced script. They were able to do it in Shadow of Destiny, which has similar aesthetics and designs, yet they couldn’t do it here. I realize at this point in the PS2’s life, there were limits that had yet to be tested. And I realize that I usually state in my reviews that voice acting is a “whatever” subject with me. It just feels like Way of the Samurai could have benefitted from it and gained some more popularity.

Voice acting issues aside, there are some other flaws that bring Way of the Samurai’s score down. The camera has a tendency to get jumbled up when you’re fighting a group of enemies. This wouldn’t be a problem if combat was more in the style of something like Devil May Cry, but in a meticulous game like this, you need a solid camera. The biggest problem with the game is the save system. Getting killed means game over and starting from scratch, but one would be able to somehow prevent that with a good save system, right? Well, in Way of the Samurai, you get a chance to save only after you finish certain story points. Beginners will wonder when the heck they can turn the game off and keep their progress. Unfortunately, it gets worse. Once you load saved data, it’s gone forever. Thus, you have to make damn sure that you’re able to proceed to your next goal because if you turn the console off, you start over from the beginning. Way of the Samurai is short and only lasts a few hours, but it’s never fun to have to start from scratch over and over. Still, all of that said, Way of the Samurai is a fun title and I’m excited to see more of it and the rest of the series. With a plethora of endings, difficulty levels and things to unlock, I can see plenty of reasons to play through the game more than once. I recommend the game to those who enjoy games with a slower pace, games that are set in a sandbox style world, and games that require more than simple button mashing. Normally, a create your own adventure type of game isn’t my cup of tea. Or, as they call it in Japan, ochaya. However, when the game is set in ancient Japan and has combat similar to Bushido Blade, it makes it a worthy game, and franchise, to add to my collection.