Heavenly Sword has a strong narrative, but playing through it is difficult.

Turquoise pigtails as far as the eye can see. 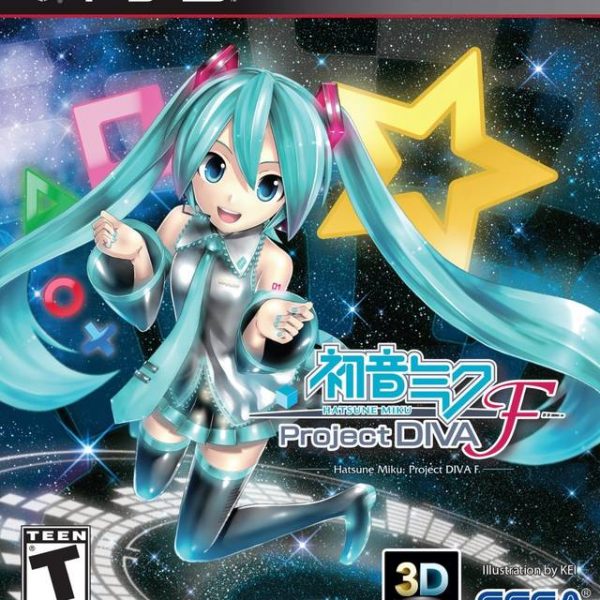 Despite my love for anime, manga and the Japanese language I am quite the novice when it comes to other areas of Japanese pop culture. One such area is the realm of the Vocaloids. These personified music synthesizers have been around for years, but it was Hatsune Miku who made their popularity completely explode beyond expectations. Since her debut, there have been numerous games, comics and concerts showing off the turquoise pig-tailed phenomenon. Now, for the first time since the creation of Vocaloids, gamers in the western world are able to play a fun, shiny and sparkly rhythm game for the Playstation 3 that features these adorable creations. Hatsune Miku: Project Diva f is a fun game through and through, despite some off-pitch features.

When you begin the game, you’ll learn that there isn’t a story mode. However, each of the Vocaloids have a surprising amount of depth to them. Miku is a happy-go-lucky, exuberant Vocaloid whereas Luka Megurine is a more sophisticated yet sexy Vocaloid. The twins Kagamine Len and Kagamine Rin look similar, but they both perform in different types of songs while retaining their youthful, energetic personas. Meiko and Kaito, the two older Vocaloids, perform in more adult like tunes. These six will be the ones you control as you perform songs in Rhythm Mode. It’s just a shame that equal distribution didn’t happen across the game. Meiko, Kaito and Luka star in only two songs a piece, whereas the rest of the characters have many more. Obviously, this game is about Hatsune Miku so it makes sense she has the most representation. Still, more variety would have been welcomed.

But, the main thing to remember is that this a music and rhythm game. Thus, there needs to be two things: a great soundtrack and responsive controls. Let’s start with the soundtrack. Remember, I’m a novice when it comes to the history and lore of Vocaloids. That doesn’t mean that I know what does and does not sound good, though. For the most part, the soundtrack is spot on. The theme of the game is JPop, and lots of it. If you like JPop, chances are you’ll dig 90% of the game’s songs. The other 10%? Well, let’s just say that they left me confused and annoyed. I’ll list three examples. The first is a song called Rin Chan Now. It’s awful. This is one of those songs that will annoy you and your neighbors to the ends of the earth. What’s worse is that it gives JPop haters legitimate ammunition. The next song is called Sadistic Music Factory. I have a hard time calling it a “song,” though. You see, this “song” has Miku telling a story of how she needs music to sustain her life and decides to trap you inside her factory. Apparently, you are doomed to sing for eternity. I’m not sure who’s idea this was, but let’s take a look at Hatsune Miku as a character. Does it look like she belongs in this “song?” No, it doesn’t. The final song I absolutely loathe is called Nyanyanyanyanyanyanya. Yes, the song that is about Nyan Cat. I mean…because…why not? It’s about the sound the cat makes. Look, I love cats just as much as anyone, but composing a song where “nya” is the only lyric is a bad idea. The unfortunate thing about these three songs and the others that you may not like personally, is that you have to play them in order to unlock new ones as well as new items in the gift shop. I’ll get into the gift shop later, but for now I’ll say that in order to enjoy the otherwise excellent soundtrack you will need to bear with a few crappy tracks.

Of course, you actually have to pass the songs in order to unlock others. This is where the second important aspect of the game comes in: the controls. In theory, PDF is simple. The silhouette of the X, O, triangle and square button will appear on the screen. Inside that silhouette is a timer. As the timer reaches the part where the 12 would be on a clock, you will need to press the corresponding button that comes flying from different parts of the screen. Some buttons you have to hold, and some require two buttons to be pressed at the same time. Finally, a star silhouette requires a flick of an analogue stick. Like I said, it sounds rather basic. Of course, that theory gets thrown out the window when you deal with songs on Hard and Extreme mode. Like a great music game, PDF is easy to pick up and play but nearly impossible to master. Controls are tight and responsive, although some will argue that there are some calibration issues. To deal with these, you need to either adjust your TV or you need to get better and stop making damn excuses.

Personally, the only time I struggled with a song was when the music video playing in the background got too distracting. Graphically, this game is brilliant. When you watch the Vocaloids move, sing and dance your eyes, your ears and your heart will melt. However, there are times when there is too much razzle-dazzle going on. On the easier levels of difficulty, this won’t be a big problem. However, when you are playing a song on Extreme mode with a Challenge item, you will need to focus. A few missed buttons could cause you to lose the stage and start over. Challenge items allow you to earn more Diva Points if you pass a song. There are also Help items that you can use to aid you in a song. So, what are Diva Points you might be wondering? Remember that gift shop I mentioned? The Diva Points are used to buy gifts for your Vocaloids, new room themes, new costumes, accessories and furniture. Each Vocaloid has their own room where you can interact with them. By giving them the above mentioned gifts, you can increase your friendship level with them. It’s kind of like a musical Tamagatchi, only they won’t die and they won’t crap all over their room. The Diva Rooms are a great way to take a break from the musical madness of the game, and also let you watch your Vocaloids interact with each other. Depending on how you set up their rooms, various events will play.

With plenty of unique songs and plenty of stuff to customize Hatsune Miku and her friends, there is a surprisingly large amount of content to be found in Hatsune Miku: Project Diva f. I think the best thing about the game is that it finally gives folks in the west (who aren’t of the hardcore otaku classification) a chance to experience the world of Vocaloids. Thanks to Hatsune Miku, their popularity has skyrocketed. If this game is any indication of what’s to come, then I’m excited to see what happens next. For a great music and rhythm game, I suggest checking this game out. There are a few terrible songs in the mix and things might get too distracting at times. However, with plenty of excellent tracks and a highly interactive mini-game that allows you to get to know the Vocaloids, this ends up being an enjoyable game for music fans and for fans of Vocaloids.