Turquoise pigtails as far as the eye can see. 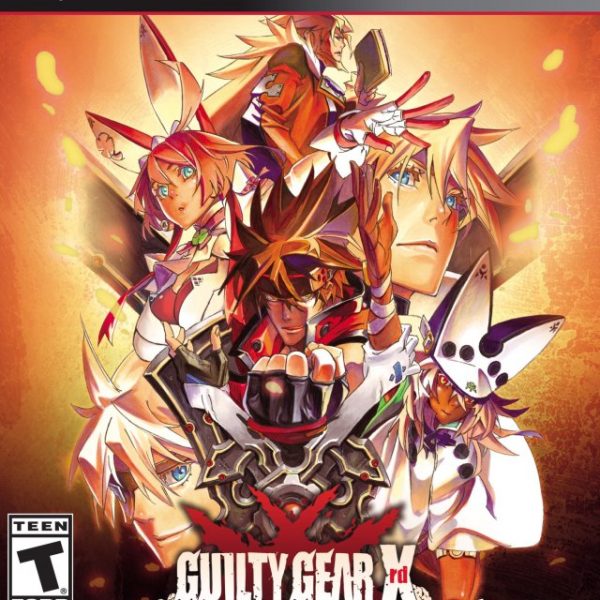 Nearly a decade after the release of Guilty Gear 2 for the Xbox 360, fans of the crazy go nuts fighting franchise finally have a new and proper edition to enjoy. Guilty Gear Xrd Sign is an awkwardly titled but impressive game that adds a variety of cosmetic and technical features to the series. However, the lack of certain favorite characters and the inevitability of pricey DLC causes the game to shy away from perfection. As a fan of this series, I recommend it to anyone who also considers themselves a fan, but here is a word of warning: this is more different than you would expect from Guilty Gear X2 and all of the iterations of it such as Accent Core and Accent Core Plus.

One of my favorite aspects of the Guilty Gear world is that it has a story that is more than just about a tournament to find the greatest fighter of all time. Taking place one year after the events of Guilty Gear 2, a mysteriously clad woman named Ramethal Valentine has appeared with the intention of taking over the world. Other strange incidents have begun to occur, as well: Zato seems to have returned, the assassins guild might be operational again, and an odd individual known as Bedman has started to run amok. There is plenty of evil afoot and with the promise of fame and fortune, your favorite fighters will rise to challenge in order stop all of the craziness from getting out of control.

Unfortunately, not all of your favorites have returned to the madness. Despite an impressive roster, certain faces didn’t make the cut. These include the leggy waitress Jam, the debonair Johnny and the devilishly sexy Dizzy. Since this is a fighting game, I’m sure it’s only a matter of time before Arc decides to milk consumers for all they’re worth and make it so you have to buy the characters not included from the start as DLC. For instance, Johnny plays a key role in the story role so I can only guess that it won’t be toomuch longer before we see him as a playable fighter. New characters such as Bedman and Leo might make up for the lack of familiar faces, but to me, I would much have rather seen that huge, colorful cast of yesteryear.

In typical fighting game fashion, you have a variety of modes to select. However, the premise remains the same for the most part. You will select a fighter and then proceed to fight against a computer controlled fighter, fight against someone in local versus play or hop onto the network and duke it out with someone online. As of this writing, the online has experienced some annoying lag issues that could mess up a match midway through. Even if you have a solid internet connection, you will need to be careful about spending too much time in the Network Lobbies. Guilty Gear Xrd’s fighting is as deep as always, which comes as a welcome to those who wish for more from their fighting games. However, if you’re new to all things GG related, never fear. A fantastic tutorial and a variety of challenges will make you feel right at home as you learn the basics and grow from beginner to advanced. For those who dabbled in the series, this is the perfect opportunity to return to your favorite characters or take a swing with someone new. Still, Guilty Gear is not a fighting game from everyone. Some mechanics can be difficult to grasp, even if you manage to pull them off in training. Personally, I say practice makes perfect.

If you played any iteration of Guilty Gear before, you know what to expect. You can create combos, cancel attacks, burst, guard, and so on. New features like the Danger Blocking and Reject Guarding add new levels of strategy to the game. One of the most insane but seemingly rare features occurs when both fighters collide weapons. If this occurs, chances are you will enter a frenzied mode where all damage is increased exponentially. The bottom line is you will always be on your toes when you are in a match. All of the characters have been granted some new moves which will add even more strategy. Like any fighting game, the variety and fun never stops. When you need a break from the manic mayhem, you can select Training Mode to practice or select the Story Mode to watch the epic tale unfold in visual novel format.

While you will have to play the game for a while to experience all of the new features, it won’t take you very long at all to realize that the game received a fantastic new look. A phenomenal 2D/3D graphical hybrid taking full advantage of the Unreal Engine, Guilty Gear Xrd Sign looks wonderful. Upon first glance, you’ll see that the characters have more detail. As you continue, you will see detailed battlefields, dramatic cut-ins when a character uses an Over Drive, stunning animated movies and much more. Seeing is believing; Arc went above and beyond for the modern consoles to make this a pleasing looking game.

So, you can imagine my sadness when I have to say the music didn’t fare as well. Sure, there is still that heavy metal soundtrack that you cherish, but for some reason it feels like the music took a backseat. Don’t misunderstand, most of the tracks sound great. But, in previous games as I was attempting to win a match, my darling head would be rocking out to the music that was playing in the background. In Xrd Sign, I forget that it’s there. As for the voice acting, the shouts and special attack cries sound as epic and over the top as ever. The good news is that the game has the option for you to pick either English or Japanese voice acting for your listening pleasure.

With a variety of modes, plenty to unlock and some really difficult trophies, Guilty Gear Xrd Sign will last gamers anywhere from 40 to 80 hours. Due to the level of skill needed to unlock certain things and due to luck playing a factor in others, the time for you may vary. However, even after you unlock everything, fighting against your friends or folks around the web never grows old. At some point after this review has been published and read, I am sure that there will be adjustments, patches and modifications made to Guilty Gear Xrd Sign. At some point after this review has been published, I am sure that a variety of new characters will be added as DLC. And at some point after this review is published, I am sure that people will still be fighting for Heaven or Hell as they try to learn new combos and master new characters. Despite some of the game’s minor shortcomings and oddities that lack the magic of Guilty Gear X2 and all of the installments of it such Accent Core Plus, I highly recommend Guilty Gear Xrd Sign to fans of the series and to those who wish to get their little hands on a fantastic fighting game.