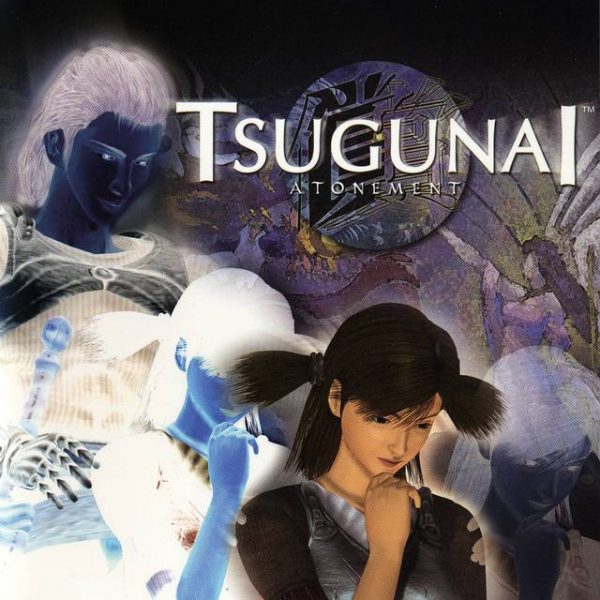 My taste in games is probably the most unpredictable anyone has ever seen. Thankfully, I’m glad it’s this way because it allows me to speak up for the underdogs. One such underdog is Cattle Call’s RPG called Tsugunai: Atonement. Most of you weren’t playing Tusgunai: Atonement in 2001. If you owned a Playstation 2, you were probably playing Final Fantasy X. Or you were saving up the money to buy Final Fantasy X. Well, now that people have had their fix of FFX, I think it’s time that they get their fix of Tsugunai: Atonement. This is a fun RPG, despite some of it’s issues.

Tsugunai: Atonement is the story of Reise. Reise is a Raven, which is the term used to describe mercenaries who do just about anything to make a dollar. Reise is trying to find the Treasure Orb upon the request of Lord Cole of Walondia. Reise finds the Treasure Orb, but grabbing it angers the Goddess of Light, Danu. As punishment for his sins, Reise’s spirit is separated from his body. If he wants to return to his body, he needs to help those with sadness in their hearts via possessing. Only after helping enough people will he be able to become whole, but the question still remains: just what is so important and mysterious about the Treasure Orb?

It’s a unique concept with unique characters. Reise has to observe the goings-on around the Walondia community and see who has become depressed. He can possess that person, accomplish a goal, remove himself from the person’s body and repeat until his sins are forgiven. While all this is going on, you get to learn about the people you possess. You’ll meet Fisela, the daughter of the village chief who has nothing but anger and hatred towards her father. By healing her heart, you can slowly build her love. You’ll also meet Gils, a knight who will do anything to make his sister smile. These are just two of the characters you get to know, but the bad part of it is that you never get to learn anything about Reise. The main character should have the most revealed about him, but nothing like that ever happens as you help others who reveal much more to you. This is Tsugunai’s biggest issue for me.

For others, one of the biggest issues I can see people having with it is the look. Tsugunai’s graphics look fine, especially for an early PS2 game. Instead of a typical JRPG look, Tsugunai looks more like a WRPG. The characters have realistic faces, proportions and hair styles. Walondia is an island community, and the citizens’ style of dress reflects this. The residential areas and shops add to this because they’re full of wooden furniture, fishing tools, simple knick-knacks and simple ornamental designs. A fun feature is that these things can be examined and you will read Reise’s thoughts. Dungeons are also a treat to behold. Tsugunai relies heavily on darker themes as evidenced by these areas. Each dungeon has a haunting atmosphere that pulls you in. In battle, spells look impressive. Also, your weapons change appearance depending on which one is equipped. Another important thing to note is that monsters perish in different ways. Kill a slime and watch it twitch and writhe into a puddle of goo. Kill a goblin, and listen to it shriek and cling to life as it falls face first into the dirt. Fighting new monsters not only let’s you see what they can do, but how they die. Bosses are especially fun to watch perish. I wonder why more RPGs don’t do this. Is Tsugunai a breathtaking visual experience? I would say no, even during the wonderful FMV cut scenes. However, it’s a fine looking game in every regard.

But, if the graphics are considered fine, then the music is considered to be astoundingly awesome. Yasunori Mitsuda, RPG composer extraordinairre, has created one of the best OSTs in video game history for Tsugunai. The moment I heard the first few tracks, I immediately hopped on the computer to find the OST. Since purchasing it, I haven’t stopped listening. Every song is wonderful. Personal favorites include the serene town theme, the victory tune and the tune you’ll hear while in the monastery. Like a good portion of RPGs for it’s time, Tsugunai lacks any voice acting, but monsters still make various calls, shrieks and cries. Each circumstance sounds as it should, including the satisfying “BOOM” of a powerful spell finishing off a group of enemies.

This brings me to the battle system. As you heal the hearts of the Walondia people, most of the quests will involve running through areas infested by monsters. The rest of the 34 quests will involve you doing some sleuthing and finding a certain item, character or solving a puzzle. When you’re not doing this, you’ll be running through fun dungeons, finding treasures, solving puzzles and fighting monsters. Battles put your character against a team of monsters. You can attack, use an item, use magic, or try to run away. As you attack and take damage, a meter called the Strage Bar will build up. Once full, you can attempt to unleash a character-specific Strage Attack. These are tough to pull off and the damage is usually not worth it. Enemies hit hard, but this is where Tsugunai’s unique guarding system comes into play. With timed button presses, you can ameliorate damage. Hitting the X button will do a standard guard, which usually is the best choice for those having trouble. Hitting the square button will do a Strage guard, allowing you to build up the Strage Bar quicker. If you hit the O button, then you’ll dodge an attack completely. Unfortunately, this takes away 1/4 of your Strage Bar. Finally, hitting triangle will perform a counterattack. This is the most difficult to time properly. But if you master the counterattack, you master the game. Like I said, enemies hit hard. The counterattack hits harder. It’s frustrating to time properly because each enemy, especially bosses, attacks very differently. Once you get it, you can watch the foes fall before you. The downside of messing up a counterattack is that you will receive more damage than usual.

The guarding system is great. It makes fighting new enemies exciting. However, there are other things you can do besides attacking. By refining colored stones, you can make magic runes. These runes allow you to cast spells, but they need to be placed in an amulet. Runes come in various geometric shapes and sizes: a square, a parallelogram, and a small, medium and large equilateral triangle. If you fill an amulet with runes, you can bring a summon beast into battle that will fight alongside you. The summon beasts will the most helpful to those who have difficulty with doing the more complex guards. Usually, it’s in your best interest to finish an enemy with something aside from the standard attack. Once a battle ends, you’ll obtain experience depending on how well you do. So, finishing a group of enemies in one turn with a powerful magic spell will yield more experience than attacking one at a time. Also, finishing a foe with a counterattack adds another chunk of experience points. Before you start acquiring better magic and weapons, chances are battles will take longer than usual. Stick with it. Eventually, you will have access to more money, equipment and runes.

Also, stick with it because it’s worth it to see the game through to the end. Reise’s quest for redemption lasts 20 hours. Since the final boss will obliterate you, you’ll be forced to level grind in the bonus dungeons for another couple of hours. The last boss is missing something important: balance. This guy will end your life in three turns unless you have the right equipment and high levels. This is a major downside to Tsugunai, but it also allows you to explore more of Walondia as you build your levels. 99% of the time, I can’t stand it when games do this. Tsugunai is different, proving that my taste in games is as unique as the game under review. It provided me with such a unique concept that I didn’t mind slogging through extra dungeons to stand a chance against the end boss. My biggest gripe with Tsugunai is that you learn nothing about Reise. It’s a minor flaw, but the whole package will appeal to seasoned RPG players. This is a fun, overlooked RPG that deserves to be played. It’s not everyday that you can control the fate of someone by possessing their body.Tsugunai: Atonement allows you to do that while delivering a solid RPG experience.