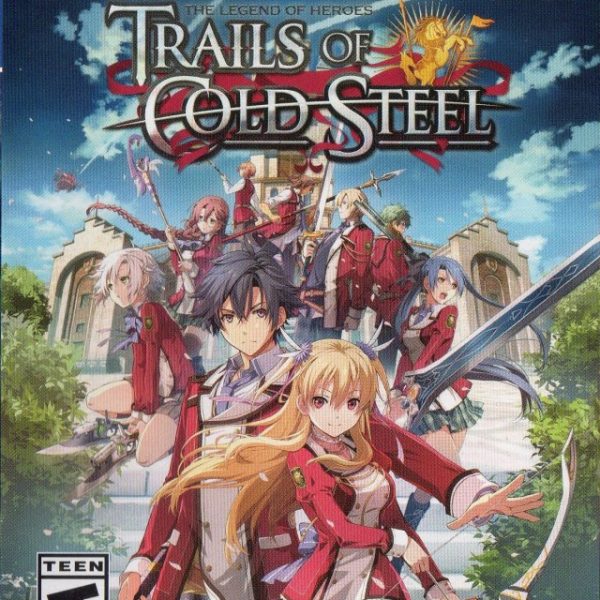 My taste in games is all over the place. I’ve enjoyed the quirky, the traditional, the messy, the polished, the popular, and the obscure. Even if the game had issues, I usually found enjoyment and, ultimately, played it to completion. But, there are games my varied palette can’t handle. The game might be perfectly functional, but a certain something about it causes me to throw my hands up and call it quits. Trails of Cold Steel, part of Falcom’s Legend of Heroes franchise, is one of those games. Most RPG fans will find it worth playing. I did not.

Let’s start on a high note. Trails of Cold Steel’s music was a masterpiece. It’s clear that Falcom really wanted each track to stand out depending on the circumstance. The battle themes were a highlight, but the rest of the score had me cranking up the volume. Each track was as diverse as the multitude of locations in the game. If you’re like me and end up not caring for the game, then you can at least appreciate its soundtrack. Along with it, the voice actors and actresses did an excellent job in giving everyone life and personality. Unfortunately, the Vita version had a fair number of scenes that didn’t have any voiced lines. I’m not sure if this issue persisted in other versions, but it really took away some characterization.

The graphical presentation was fine. If you’ve played a recent-ish Falcom game, then you know what to expect. A quick glance will show you colorful and expressive character models. Town were filled with bustling streets, vendors, and personality. Sadly, dungeons were uninspired. The monster designs were fun, but some of them looked a bit blocky – reminiscent of bygone console generations. I think my favorite part of the presentation was the nifty, Tales of inspired anime cut ins when characters used their most powerful attacks called S-Breaks.

Speaking of, battles were another fun aspect of Trails of Cold Steel. Usually. They start when you touch a monster roaming an enemy infested area. If you’re able to whack them with your weapon from behind, then you can stun them. Approaching them in this state will give your party a massive advantage. If the enemy gets you from behind, then you might as well start the game over. Even lesser leveled enemies will pile on the damage before any of your teammates gets a turn. But, when it was time to act, battles offered a lot of variety within a classic, turn-based formula. Your characters could attack, use spells attached to their equipment, use skills that they learned through levels, use items, or maneuver about the battlefield. Most battles were won after a round of special attacks since they don’t require a charge time.

For the more difficult battles, namely boss battles where enemies are sponges, you need to take a few more things into account. First, spells have a charge time. Second, every action you do has an associated recovery period. So, if you want to use a powerful attack, you better make sure that the recovery period doesn’t leave anyone vulnerable. Third, every participant on the battlefield is granted a turn bonus. Usually, they don’t make a major difference, but proper timing with your units’ turns can be helpful. Finally, characters can link with each other to perform follow up attacks, guards, and healing. There’s a lot of cool, little things that mold the combat system into something engaging. And, the aforementioned S-Breaks, which allow you to wreak total havoc on your enemies while snatching their turn, are always a delight.

Sadly, combat does came with a few hiccups. Customizing characters with weapons and Master Quartz was a tedious process. I often had a pre-set party and was unable to use my favorites. Also, my units would frequently miss when using regular attacks. This lead to a nasty counterattack and a prolonged battle. Finally, money was an issue. The game took “poor college student” to new heights. My biggest issue were the difficulty spikes. Regular enemies were a poor barometer for the boss battles that came after them. Challenging boss battles are fine, but Cold Steel’s felt like they had random advantages and boosts that turned them into half-hour slug fests.

The game’s most notable features is its narrative. Trails of Cold Steel takes place in the Erebonian Empire. The country has strong traditions revolving around nobility, massive businesses that utilize orbal technology, and a history that would take eons to fully describe. One notable area of the country is Thors Military Academy. Here, a new batch of military students in the experimental Class VII have to deal with life as cadets. The leading man is Rean Schwarzer, a likable guy that always manages to keep his fellow VIIs together. Behind the scenes, various members of the military, the nobility and other clandestine figures are plotting to change the fate of the empire. Class VII irrevocably gets swept up in this conflict.

Trails of Cold Steel, like most games in the Legend of Heroes franchise, had a massive story that could last up to 80 hours. For some gamers, this could be a good thing. Rean and his classmates traveled throughout the empire meeting multiple friends and foes, all of which helped make the setting feel more alive. For others, like myself, the massive amount of exposition is a major turn off. It starts wordy, and continues to become more wordy the further you get. As a fan of visual novels, this would normally be great. Sadly, the majority of Trails of Cold Steel is nothing but build-up for a sequel or scenes about characters that have nothing to do with the VIIs. It didn’t take long for major apathy to set in. It’s a shame because Rean and his classmates are a likable, genuine group of students. It’s easy to connect with them. Falcom spent more time building up tiny, unimportant details instead of developing them further.

When not in battle, Trails of Cold Steel’s gameplay gets divided into free days, practical exams, and field studies. All take place on a structured scheduled. During free days, Rean played errand boy and helped out classmates, faculty, and the townsfolk near the academy until a certain number of tasks get fulfilled. When finished, the day ended. Sadly, Rean’s errand boy duties took center stage. One of the more fun things that Rean could do during a free day was bond with his classmates. Unfortunately, he was given a limited amount of chances to bond. Seeing all of them would require more than one playthrough. Finally, there was the usual fishing and cooking. Neither were fun.

After about 30 hours of the same motions with different words in different places, I had enough. Even with the Vita version’s fast-forward option, the thought of returning to Erebonian Empire made me cringe. Trails of Cold Steel is kind of like a massive piece of steak that you’re eating by yourself. You need to keep cutting away the fat before you get to the good stuff. Before I’d be able to get to the fun stuff with Class VII, I’d need to trim the fat. It got to be too much. Some might call that “world building.” I call it extra fat. If you like RPGs with a boatload of exposition, then you’ll consume all of Trails of Cold Steel. Everyone else will want to avoid it.

Overall, 6/10 – Trails of Cold Steel is a game that takes its sweet time getting to the good stuff. Amazing music and fun battles aren’t enough to keep the inevitable apathy from setting in.