Tragically, Zack’s story is over before it begins. 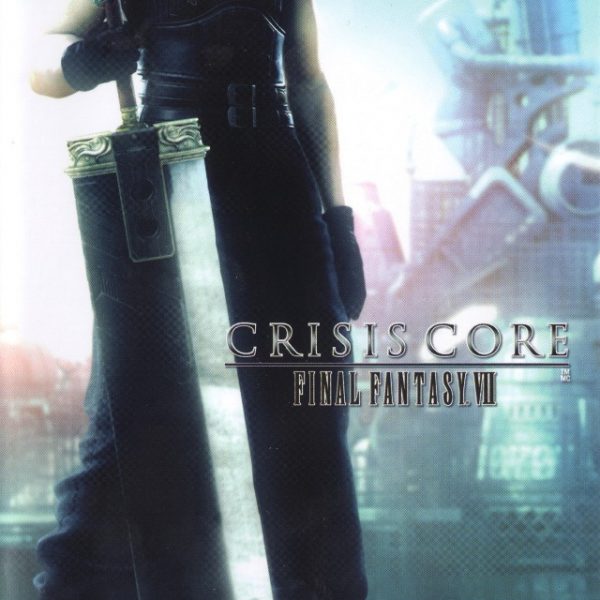 A true fan of Final Fantasy VII on the PlayStation knows about the hidden scene near the end of the game that shows how Cloud got his famous Buster Sword. I’m one of those folks, so it’s no surprise that I went into Crisis Core: Final Fantasy VII with little expectations. I knew how it would end before it began. I knew that nothing would be able to recapture the loveliness of FFVII. Knowing all this, I still took the plunge and the end result was one that I recommend to any fans of the FFVII world.

We only got to see a few moments of Zack Flair in Final Fantasy VII. Now, he has taken center stage as the main character in Crisis Core. Zack, a member of SOLIDER, dreams of becoming a hero and a member of SOLDIER’s elite first class. Zack has a contagiously optimistic attitude, unlimited potential and a smile that never seems to leave his perfectly proportioned face. Zack and his partner Angeal are on a mission in Wutai when they learn that a member of their team, Genesis, has gone missing. Strange enemies that look like Genesis are running amok and only the people of SOLDIER can put as top them and uncover the secret of Genesis disappearing. Zack will put his best foot forward, even if most people already know the tragic results.

Zack’s quest takes him through a variety of familiar locations, as well as a couple of new ones that never got mentioned in Final Fantasy VII. Seeing these familiar areas and events from a fresh set of eyes makes the campaign worthwhile. Crisis Core offers a unique look at the world many have come to know and love. Zack is an ideal main character. His energy and optimism carry him from dangerous mission to dangerous mission as he fights both for and against the corporation known as Shinra. Getting to know Zack, seeing a different perspective of Sephiroth and meeting other new characters is great. What’s not great is Genesis. I’m not sure where to begin with this one. Genesis has flashy red hair and a matching outfit. He has a unique sword and has the look of a cool antagonist. But when he opens his mouth, all of that gets thrown out the window. If someone from Square is reading this, I ask you: “What. The hell. Were you thinking?” Genesis will spout random verses from an in-game play called LOVELESS in attempt to appear debonair, deep and deranged. Instead, he sounds demented. He fails miserably and takes so much away from the otherwise entertaining plot.

Most of the time in Crisis Core is spent moving the story forward as you embark on various assignments. As a member of SOLDIER, Zack has access to a shop at any time. He can equip a variety of Materia and accessories. At one point in the game, he gets the ability to combine Materia in order to create new ones with added effects. Finally, he can go on side-missions to earn new items, Materia and accessories. Since the main quest is relatively short, the side-missions are there to extend the game’s length. There is a copious amount of these side-missions. Luckily, you don’t need to play them if you don’t want to since playing the game on Normal mode is easy. Hard mode is far more challenging. This makes the completion of the side missions necessary and leads me to the battle system.

Random battles in RPGs are expected. In Final Fantasy VII, if you wander long enough you’ll get into a battle. In Crisis Core, they upped the ante, causing the battles to feel too random. Encounters occur in preset destinations. This means you can walk into a battle, finish it, and walk into another one within the span of two steps. Running away takes too long to execute, so you’re better off finishing them. Luckily, Zack is a capable warrior if there ever was one. He has standard RPG stats such as hit points and magic points, as well as ability points. The AP allows him to use skills from yellow Materia, dodge and guard. Green Materia lets him cast magic at the expense of his MP. He can also equip blue and pink Materia for passive effects. Crisis Core is an action/RPG, so the typical battle will have Zack moving from enemy to enemy and performing an action. With the shoulder buttons, you can cycle through his commands. While it may sound like edge of your seat action, most battles can be easily won in a matter of seconds by mashing the attack command or casting a couple of spells. In other words, if you mash X, chances are you will win. The same can be said about the bosses. That said, I enjoy the battles for the most part. Moving from enemy to enemy, nuking them with powerful magic and hacking their life away with Zack’s unrealistically sized sword is an entertaining change from the standard Active Time Battle system.

One of the most bizarre aspects of the game is the Digital Mind Wave. In the top left corner of the screen is a roulette that constantly spins during battle. On it, you’ll find characters that Zack has met and numbers. If two numbers match, Zack will get some sort of ability boost. If the character faces on the left and right side match, the game will enter a Modulating Phase. The roulette will spin and if all three faces match, Zack will perform a Limit Break and get an increase in maximum HP, MP, and AP. If, while in a Modulating Phase, two numbers other than 7 match, one of Zack’s equipped Materia will level up. If all three numbers are 7, Zack will level up. I know it sounds random, but Zack’s level ups and Limit Breaks occur somewhat naturally throughout the game. Enemies leave behind SP when they are defeated in lieu of experience points. So, as you get more SP, you’ll continue to enter the Modulating Phases. The bad part of this is that the battles lose their momentum when the Modulating Phases occur, especially when the roulette doesn’t yield anything worthwhile. Summons will occur randomly with the DMW, as well.

As expected the Limit Breaks and summons are impressive. The PSP may no longer as relevant as the Vita or 3DS, but it still knows how to showcase Square’s legendary FMVs. The regular graphics are just as impressive. Classic Final Fantasy enemies such as the sahagin and the bomb are back and ready to end Zack’s quest, but there are plenty of new enemies and imposing bosses, too. The soundtrack has songs from FFVII and some new ones. The majority of the story is voiced, and the acting is top-notch. Praise for aesthetics in a Square title is SOP at this point, so most players will know what they’re getting into when they start up the game.