Tragically, Zack’s story is over before it begins.

Dragoneer’s Aria is certainly better than Blade Dancer. Then again, that’s not saying much. 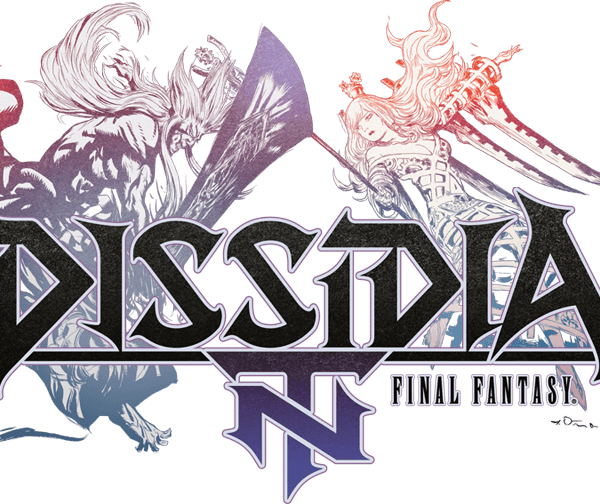 Author’s Note: This review was originally published on February 16th, 2010. Like other reviews of the time, it features “witty” taglines for each section.

The Super Smash Brothers games provided me, as well as my siblings and friends, with endless hours of multiplayer entertainment. Tales of the World: Radiant Mythology is an RPG that took about 30 hours to finish. Smash Brothers was fun, while Tales of the World was sub-par. While you beat the crap out of each other in Smash Brothers and save theworld in Radiant Mythology, both of these titles have one thing in common: they combine characters from their respective franchises in an all new world. While Tales of the World was not the best Tales title, it still made me smile when I was able to use Reid, Stahn, and Arche in the same party. Similarly, I love kicking the crap out of Yoshi and Mario with Luigi. The latest game to follow this trend was Dissidia: Final Fantasy. This fighting game combines the main heroes and villains from Final Fantasy through Final Fantasy X in a massive free-for all. Is this just a silly gimmick or actually a fun game for the PSP? Read below and decide for yourself!

Cosmos and Chaos Calamity
Like any Final Fantasy title, there is a story involved. Like any fighting game, the story is a bit lame. The story is of two divinedeities, Cosmos the goddess of order and Chaos the god of discord. These two have been at war with each other for a while, and now they decided to call upon the aid of legendary warriors. Cosmos called upon the heroes of the Final Fantasy universe and Chaos called upon their respective villains. Needless to say, it’s on!

This idea of a story seemed to be an overly contrived excuse to bring together the heroes and villains of the Final Fantasy games. Sure, watching the heroes and villains interact with each other is quaint, but the story could have been better. This is, after all, a product of the great storytellers at Squaresoft! Not only is the story without substance, it often doesn’t make sense! After you complete a scenario, more than likely you will be scratching your head. My biggest gripe about the story, though, were the inaccuracies with the characters. Dissidia made Terra into this meek, shy, and timid girl. She was never this soft-spoken in FFVI. Also, the Cecil in Dissidia has the ability to change back and forth from Dark Knight to Paladin. That would never fly in the FFIV world. By far, the story was the weakest feature in Dissidia. Thankfully, the rest of the game makes up for it.

Too Much Good Stuff.
Those familiar with the AM/PM stores know what I’m talking about when there is too much good stuff. Are you ready for too much good stuff? You better be! When you begin the game, you are given a tutorial on how to battle and asked a few questions about how often you plan on playing the game. Once those are finished, you will be taken to the home screen. At the home screen, you can press the square button to get a Mognet letter that provides you hints and tips on how to play, as well as fun Final Fantasy facts. In fact, hitting the Start button at any time in any menu will bring up a tutorial to help you out. The menu screen has various modes of play available to you from the start. Arcade Mode is your basic fighting mode that anyone familiar with the genre is used to: pick a character and fight a series of matches. You can also pick a mode that lets you set the computer controlled character act as you see fit, thus serving as a perfect practice session. Museum Mode lets you view everything you have unlocked. Catalog Mode lets you buy fun stuff such as new outfits, new features, and new stages for the game using Player Points (PP) that are earned from battles.

Story Mode is where the real fun begins. This mode combines the fighting mechanics of the game with the character building of an RPG. Best of all, the characters are your favorite FF characters. First, you pick a hero from Final Fantasy through Final Fantasy X. The character will then be propped on a game board. You will move the character to enemy pieces, fight the enemy, and proceed until you reach the end of the board. Each character’s story takes about 30 minutes to complete, but getting 100% with each character will take a bit longer. Also, there is plenty of stuff to unlock, making Story Mode last up to 40 hours. The best part is that each character can be customized as you see fit. There are tons of pieces of equipment to buy to increase stats, an endless amount of abilities to try, Summons that allow you to turn the tides of battle in your favor, and accessories that grant you bonuses. In fact, accessories play a vital role in this game because they can greatly increase your stats if you wear the right combination of them. With so many modes of play on top of a wonderful level of customization, Dissidia will keep you hooked for hours on end. And this is just the beginning!

Crouching Tiger. Hidden Dragon.
Dissidia plays differently than most fighting games, at least the ones that I have played. Your character has a full range of motion in full 3D stages. While you can dash, dodge, and block as usual, you can also grind on rails and fly/jump high into the air. Many of the environments have objects that can be shattered apart by running through them or hurling your opponent at them. The acrobatics you and your foe perform are straight out of an old kung-fu movie, which makes the game a blast to play. To actually defeat your foe, you will have two types of attacks at your disposal. Brave attacks let you steal your opponents Brave, which essentially is what determines how much of your opponent’s life force will be taken with the second type of attack, the HP attack. Thus, higher Brave means higher damage. Brave attacks are quicker to execute whereas HP attacks take longer to execute. Thus, timing is very important to landing these hits. If Brave reaches zero and more Brave damage is taken, the player suffers from Brave Break. The person who caused the Break receives a bonus of Stage Bravery and the broken person will have a hard time dealing any damage. Whoever runs out of HP first loses. So, the usual fight is as follows: use Brave attacks, cause Brave Break, and finish with a mighty HP attack.

While the concept is basic, the execution is flawless. Each character has a unique set of moves that can be combined for great results. As characters level up, they acquire new moves. By managing Character Points (CP) you can equip as many as you like for your playing style. Battles can last only three seconds if the right moves are used. Regardless, they are fun as hell. Dashing through the air, slashing your foe to the ground, and landing a multi-hit critical attack never gets old. There are other fun things in battle, such as Summon stones and certain conditions that need to be fulfilled to earn bonuses. Mastering each character will take forever, but the game is effortless to pick up and play. If you have a favorite protagonist, chances are you will be fine with making him or her your favorite in Dissidia. That’s how it happened with me and Bartz, after all! The fighting fun never stops, and there are plenty of multi-player options for those who have a friend to play with.

One major problem, however, is the camera. In certain areas with less clutter, there are no problems with it. Other times, such as in Ultemicia’s Castle, there are too many things that cause the auto targeting feature to mess up. Instead of dashing towards your locked target, you will end up running into the ceiling or going in the opposite direction. Square, once again, proves that they are absolutely awful when it comes to making a working camera. This is especially unacceptable in a fast-paced fighting game.

Voices of the Past.
The sound track of Dissidia is full some of Uematsu’s best work, reworked for the better for the Dissidia world. The new tracks were nothing memorable, the old ones more than make up for it. The voice acting was also done well, mainly because most of the actors who usually play FF characters (Cloud, Tidus) were used in Dissidia. Those who never got voice treatment, especially for Kefka, were done exceptionally well. I personally did not care for Terra’s voice actress, but she still did a decent enough job at giving her some extra personality. Not that the characters you know and love needed the voice acting for more personality. Take a look at this game and you will see that this is a gorgeous one. While some of the environments are a bit bland, each character looks amazing. Characters from a 2D world made a great transition to 3D, despite some of their over the top looks. I’m still trying to figure out why everyone insists on wearing beads in their hair. Either way, the game is truly a sight to behold.

Fighting Fantasy Fun.
Staying true to any fighting game’s nature, there are tons of secrets to unlock. For me, however, going through the main game with everyone and completing each quest to get 100% was enough. Once you reach a certain point with your favorite character, they stop growing and that makes the game less rewarding to play. Whichever way you want to play, you will be provided with hours upon hours of fast-paced fighting fun with your favorite Final Fantasy characters. If anything, you get the opportunity to kick the crap out of Tidus and The Onion Knight! Dissidia: Final Fantasy may seem like a silly gimmick at first, but fans of fighting games and fans of the series will definitely enjoy all that it has to offer.