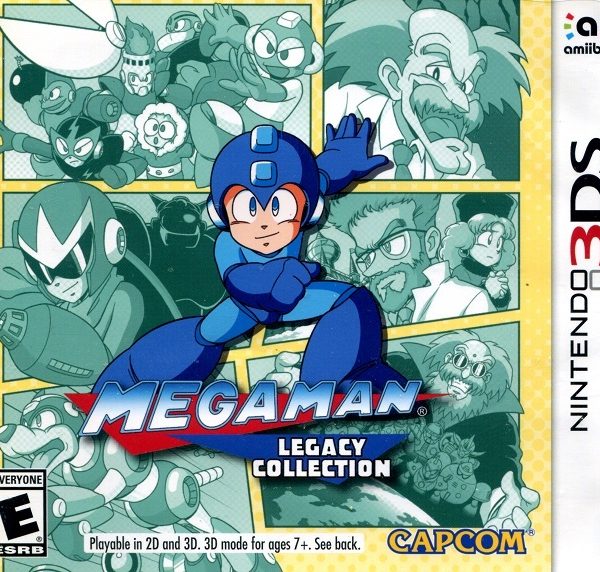 This collection of Mega Man contains Mega Man through Mega Man 6, copied and pasted in all of their 8-bit, pixelated, sometimes-buggy-but-always-charming glory. Newcomers to world (of video games) will soon learn that in each game Mega Man needs to defeat the evil Dr. Wily and his boss robot minions. In order to do this, he will traverse various stages, fight the boss robots, take their powers and carry on to the next stage. Everything you know and love about Mega Man through Mega Man 6 is all here. The platforms of Guts Man’s stage are still evil and will cause you to fall towards bottomless pits many a times. The Metal Blade from Mega Man 2 will make the nearly rest of the game a cake walk. Watching Mega Man slide under danger in Mega Man 3 is still exhilarating. Watching Toad Man in Mega Man 4 attempt to take you down is both entertaining and hilarious. Watching the fully charged Mega Buster let loose at just the right time against Gravity Man in Mega Man 5 never stops being satisfying. Finally, watching Mega Man soar to new heights with a Rush jet pack will make you forget about his less than impeccable jumping abilities. There is a lot of fun to be had as you Mega Buster your way through each game.

And as you get further and further down memory lane, you’ll begin to realize that this collection could have benefited from more. The biggest problem with the original games on the NES was the password system. Thankfully in the Legacy Collection, you can create save states so you can pick up from where you left off. However, the ability to use a shoulder button to swap weapons would have been useful. The lack of Mega Mans 7, 8, 9 and 10 is confusing. There aren’t any bonus games, either. You can listen to the music from any of the games, battle bosses, participate in challenges, and access an informative database that has information on every enemy in each game. Still, I would have much rather of had the ability to play more games instead of dealing with these quick add-ons.

Overall, 6/10: This is recommended only to the true-blue (bomber) fans of Mega Man.