One of my top ten games of all time, Legaia 2: Duel Saga is a classic RPG on an epic scale.

Magna Carta: Tears of Blood has flaws, but it’s a stylish game worth checking out. 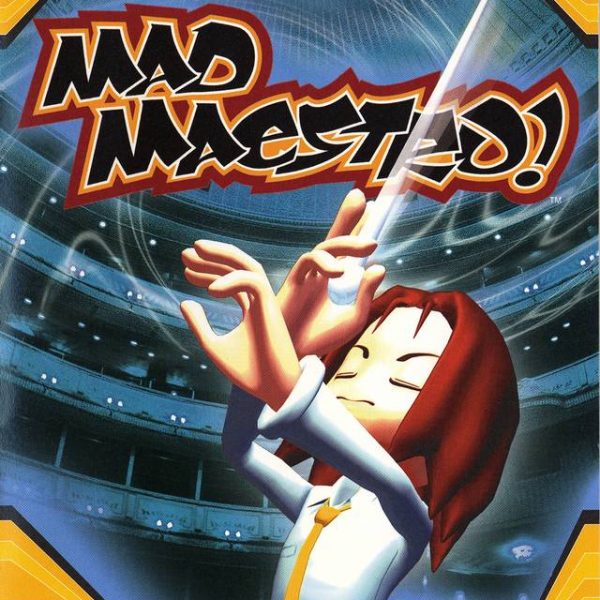 Author’s Note: This review was originally published on July 4th, 2003. That should have been apparent from the title. I still enjoy Mad Maestro from time to time, but this review’s over exuberance was way too much. For what it’s worth, Fantasia is a classic movie. My current self would happily go back to my 2003-self and talk some sense into him.

Finally, a rhythm game that plays classical music. Mad Maestro! is a game that will forever be over looked. This is quite a shame, because it is such an enjoyable game to play and full of great music for listening pleasure.

Story: 9/10
The city of Bravo Town is planning on destroying the Concert Hall. This hall holds both the history and majesty of Bravo Town going back many generations. The guardian of the hall, a fairy named Symphony, has been awakened and is on a mission to find someone to save the building. She finds a prodigy conductor named Takt, and together they recruit members of a whacky orchestra to save the Concert Hall. This story is very light-hearted and revolves around music. Sure, it has no depth to it, but I still really like it.

Gameplay: 10/10
There are 11 levels you go through in this game, each with two difficulty settings. You conduct the music by using any of the buttons and pressing them according to the tempo. On the screen, cue points appear and are spaced out according to the set tempo. A cue ball moves from point to point, and you are supposed to press it as soon as it lands in the middle of the point. After you hit the beat, you get a rating: ”Bravo!” score, followed by ”Good”, ”Bad”, and ”Baaad!!” On the left side of the screen is a tension meter, and if that fills to the top, you enter Angel Mode (which is required to complete the stage). If you perform like crap, then you enter Devil Mode…which usually leads to game over. There are various pressures of the beats (soft, medium, and loud), specific parts to conduct (like if you need to conduct the brass section) and you can even hold the notes for a nice effect. If you play exceptionally well, you unlock the Medley Mode. If you complete that, you can play a Bonus Game. If you pass the Bonus Game, you can select that game as much as you want. The gameplay is exceptional! It will challenge your rhythm, and will actually make you feel the music you’re conducting. There are other little things to do in the game, but the stuff mentioned above is the most notable.

Gameplay, Characters: 7/10
I feel that there should’ve been more characters to recruit for the orchestra. While you do get a clown, aliens, a fashion model, and a news reporter to join (just to name a few), I still wish that there were more. The story mode doesn’t last long enough.

Graphics: 8/10
While the game really focuses on gameplay, the graphics are also pretty nice. The characters are a cartoony type of Japanese animation. While the motions are a bit sketchy and choppy, it really take anything from the game. While you’re performing, the graphics are much smoother and show you the orchestra at different angles. Also, it will show someone playing a solo if that happens to be the case in the song.

Music: 10/10
This IS a musical game, so it is only fitting that the music be awesome. While some of you people may not like classical music, others who like it will see that there are A TON of great songs. My favorites are Slavic Dance No. 7, Eine Klein Nacth Musik, and The Marriage of Figaro. That’s just three of the great songs that you will play. This game has great music.

Replay Value: 10/10
With the Medley Modes, Bonus Games, and new songs to unlock, you’ll be playing Mad Maestro! again and again. I’m still working on completing this one song.

Difficulty: Varies
You can choose if you want to play Easy or Normal mode. Those playing Normal mode will have a big challenge on their hands. This game isn’t a walk in the park when you’re conducting some songs, so don’t get this game expecting it to be easy on Normal mode. I should also mention that there is a Child Mode, and this mode lets you play without the worry of tension or pressure.

Buy or Rent: Buy
I got a new copy of this game for only 9 dollars. I say it’s totally worth it. While you can beat it in one rental, chances are you won’t get all of the bonuses and songs.

Mad Maestro! is a great game that recognizes some of the best music in history. Play this game, and you’ll end up appreciating the great musical classics!