La Pucelle: Tacitcs. The story of the fierce hotty Prier who kicks ass and fights for love. You go girl!

One of my top ten games of all time, Legaia 2: Duel Saga is a classic RPG on an epic scale. 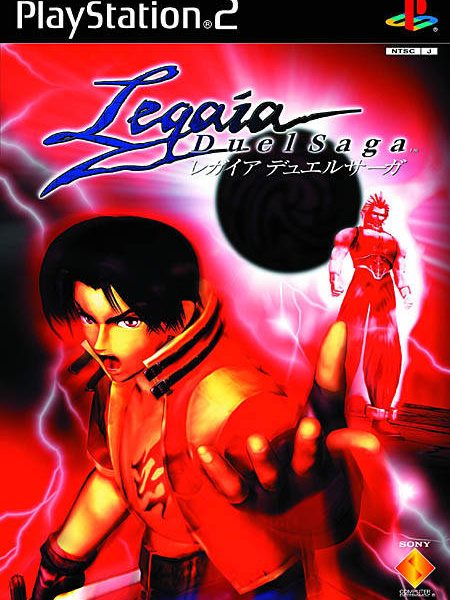 Author’s Note: This review was originally published on December 5th, 2003, and later updated on August 28th, 2008. Normally, I regret going back to reviews and making edits to them. However, since Legaia 2: Duel Saga is such a special game to me, I wanted to give it as much praise as possible.

Now that I have finished Legend of Legaia, I can easily say that it is a great game. Sure, it had some problems that made me worry about playing the sequel, but I am glad that I played Legend of Legaia in order to appreciate Legaia 2: Duel Saga more. When I completed Legaia 2 a second time, I have decided that it has become one o f my favorite games. Unlike most people, I prefer the Legaia 2 to Legend of Legaia. Read on to learn why.

A Mystic Stone. A Mystic Adventure.
Lang, a rookie swordsman, has joined the group of soldiers in his home town of Nohl. Abandoned there as a baby, Lang has little recollection of who is and where he comes from. Furthermore, he questions why he has a birthmark in the shape of an add symbol on his chest. The first day of work, Lang and his team enter the forest to learn sword skills and hunt for food. After they return, Lang learns that the Aqualith, a magic stone that provides water to the people of Nohl, was stolen by a mysterious man with golden eyes. Lang sets off to find this man and return the precious stone, despite the fact that he is way too powerful for any human to overcome. Along the way, Lang will meet with new allies and learn more about his mysterious past.

A story such as this leaves plenty of room open for figuring out what will happen before it does. This is a Japanese RPG through and through, thus it has themes seen many times in past RPGs. However, if you decide to look deeper, you will find a tale of self-discovery. Lang (who has an uncanny resemblence to Legend of Legaia’s Vahn) and his friends will grow over the course of the game. I do not mean grow in the “level up” sense, but they discover who they are, and what it means to be a part of the world. They learn about courage, friendship, and power. Sure, I am a sucker when it comes to cookie cutter characters. Still, I liked all the characters in this game. The heroes were likable, the villains were despicable, and the NPCs were informative. The outside layer of the tale could turn away those looking for something thought-provoking, but inside you will find something worth viewing. In comparison to the story of Legend of Legaia, Legaia 2: Duel Saga fails as a sequel and has an inferior plot. Those looking to see what happen to Vahn and his friends will be disappointed.

One very interesting thing about the game is the ability to shape Lang’s personality. Depending on what you say and how you act, Lang’s personality will change over time. Eventually, he can become the team’s best friend or the team’s worst enemy. This neat feature gives the game a reason to play the game more than once.

Saving the World can Wait!
Never before in an RPG has there been so much stuff to do. Yes, stuff. Moving across the world map is very easy. Unlike the slow moving Vahn, all you do is point to where you want to go, and hit the X button. When you arrive in one of the towns, there are TONS of things to do. All the people have something important to say, and often times they give you items. You can explore ANYTHING and you’ll either find an item, or at least get an explanation of what you examine. I have always found it awesome to learn about the little bits and pieces of each town.

In the shops, you can buy new weapons, items, armor, food for cooking, and accessories. This is fun, but the best part is when you can upgrade your weapons, armor, and/or accessories with raw materials obtained from battles and treasure chests. The possibilities are endless. I remember that I bought a weapon for Lang that increased his attack power by a few points. After upgrading it, the weapon became ten times stronger! The weapons will also change in appearance so it’s awesome to see the new look of your monster-killer. Accessories are a bit different. Just like Legend of Legaia, each accessory has a few abilities attached. Some null poison, others will allow you to not encounter enemies. Unlike Legend of Legaia, new abilities are learned by wearing the accessory continuously in battles. Like a character, the accessory will “level up” and a new skill will be obtained. By combining two accessories, you can make a new one with a multitude of abilities.

But what else can you do when you’re not fighting? Well, there are mini-games to play. By completing these, you can earn your characters titles. They lack significance, other than adding a sense of accomplishment for doing something well. Also, each character can learn how to cook his or her own special recipes. These can be used when you’re camping to restore your health, as well as boost up your stats for a good amount of time. Each character can learn many recipes, and the ingredients can be purchased at the shops. There is a ton of stuff to do when not advancing the story, and this is one of the things that the first Legaia was missing. These features were also what made the game more endearing. If you want to take a break from saving the world, chances are you can do something fun.

Up, Down, Left, Right! Battling Feels So Right!
The Arts system is back. However, it has been improved for the better. Battles move at a faster pace, and enemies take less time to kill. There are many types of Arts to learn. Normal Arts are those used to build up your AP meter. The limit is 100. Normal Arts are used pretty much all the time and can be easily combined to perform amazing combos. Super Arts are like Normal Arts, but dish more damage and take away AP. If you recall from Legend of Legaia, you would have to memorize a Super Art even though your character “learned” it. Super Arts can also be combined with other arts. The next are Hyper Arts. These are learned by finding certain items. By using Hyper Arts over and over you can level them up into new Hyper Arts. Variable Arts are those in which two people perform a combo together. These are really awesome to see these unfold. Of course, they are very powerful and require a lot of AP. Finally, under certain conditions, your character can use his or her special Mystic Art. These are arts in which the character combines his/her powers with his/her Origin (more on those later) for colossal damage. All of these are learned through experimentation.

Most of the time, battles go by pretty quickly. I do remember training like a mad man constantly just to learn new Arts AND because the random battles were fun. Magic in this game is done by the use of Origins. Fortunately for you, you do not have to rely on luck with learning magic the way you did with Legend of Legaia’s Seru system. Each character has a special Origin that represents an element. When they level up, a new spell could be learned or an old spell will get an upgrade. So overall, the battle are fun. Yes, there is a bit of level grinding needed for certain points. But, with the way the game’s battles play out, that is a good thing. Also, in comparison to Legend of Legaia, the battles are much more user-friendly while still retaining a good challenge.

Details, Details, Details!
Outside of the battle field, the graphics could use a bit of tweaking. They look good, but they also have an out-of-date look going for them. While the towns and dungeons look nice, the character graphics need some polish. Not much, just some.

However, when you are in a battle the graphics look gorgeous. Not only can you literally FEEL the pain dished out due to the fluid battle motions, you will see that no detail was left unnoticed. Techniques linking together are as fluid as water, and each spell has a dazzling look. Enemy models have a tendency to get recycled, but that does not mean they are bad. Quite the opposite, because you will be up against some of the fiercest looking demons and monsters in RPG history. When you are not battling, the graphics may seem a bit flat, but the battle graphics make up for that shortcoming.

Listening to Legaia.
Try as I might, I cannot think of any song in the entire game that I disliked. Those familiar with Legend of Legaia will be happy to hear that some of the songs from the Playastation classic have returned for the sequel. The instruments may not have been the most technologically advanced, but the songs played by said instruments were wonderful. The sounds were a different story. Everything sounds fine, that is until you get to hear some of the cheesy voice acting during a boss battle. Legend of Legaia had Japanese voice acting, but this was not the case in Duel Saga. Lang and his friends sound fine, but the bosses sound silly. However, the story events were not voiced. To me, that was excellent. Overall, your ears will be pleased.

Top Tier.
Many people will find faults in Legaia 2: Duel Saga, especially those who enjoyed Legend of Legaia. I can recognize that this game is not perfect, but it is perfect for the type of RPG I enjoy. It has challenge, likable characters, a good story, intense battles, and other little things that shape it up to be a great game of epic proportions. This is why it is one of my favorite video games of all time. Finding a copy is easy, so the next time you are itching for an RPG, pick up this title. Besides being fun the first time, there are various reasons to replay it another time. Legaia 2: Duel Saga improved on the flaws of its predecessor and ended up being a legendary tale that will not disappoint.