To live in an age so wondrous is a blessing-but to live in Ivalice, even more one.

The black sheep of the Final Fantasy franchise. 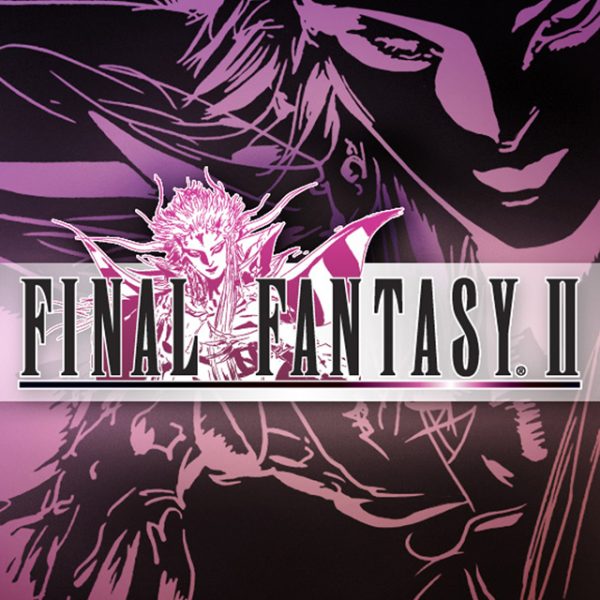 The term “black sheep of the family” is usually used to describe someone or something that goes against the grain and does something different in comparison to the rest of the “family.” Family could mean the traditional group of people who are closely related by birth, marriage, or adoption. Or, in this case, it could be a group linked by a common thread. Of course, we’re talking about the Final Fantasy family and its token black sheep: Final Fantasy II. A few people will argue that Final Fantasy VIII is considered to be this black and woolly beast, but there is no denying that Final Fantasy II is one of the most unique games in the series for reasons good and bad. The more you think about it, the more it makes sense because FFII is -VERY- similar to Square’s “black sheep” RPG series: SaGa. While different and often times ridiculous, I will not lie: I really enjoyed my time with Final Fantasy II from start to finish. If you haven’t had the chance to play this title yet and have even the slightest bit of curiosity, then the PSP version is the way to go.

The best thing about this version of Final Fantasy II is the complete graphical overhaul. The sprites, like the first Final Fantasy on the PSP, are absolutely stunning. The crisp, detailed characters fight well-drawn monsters, cast impressive looking spells, and traverse through some polished dungeons. Another impressive improvement is that the music sounds much better on the PSP. There is even a hint of voice acting. Unfortunately, with the exception of the Rebel Army theme, the soundtrack in Final Fantasy II is one of the weaker ones in the series. Finally, there is an impressive opening movie that helps bring Amano’s artwork to a different, more realistic light.

Final Fantasy II’s look doesn’t help save it from a rather disappointing story that starts off promising. This story is about Palamecia, a country with way too many letters that is hidden in the mountains. Its Emperor uses his drag-queen nails and glam-rock outfit to summon an army of undead creatures to take over the world. Eventually, his unholy army ends up in the town of our heroes. The first hero is Firion. He has a knack for head wraps and a passion for justice. Next, there is Maria. I cannot stand Maria, so that’s all the coverage she is getting. Her brother, Leon, isn’t much better. They’re both annoying and that’s all you need to know. Finally, there is Guy. Despite his meat-headed stature, he is a gentle soul who can talk to animals. These four youths survive the Emperor’s attack and end up in the rebel town of Altair. Even worse (or better, depending on your POV) Leon is nowhere to be found. It is up to Firion and his crew to assist the rebel army and take down the Emperor once and for all.

Unlike the crystal quest of other early FF titles, FFII is a bit more dark and dismal. Even the world map music is bleak. The idea of this unstoppable Emperor attempting to overtake -EVERYTHING- actually comes as a breath of fresh air, but the execution of it missed the mark. You learn absolutely nothing about Firion and his friends and very little about the Emperor. Throughout the game, a fourth character will sometimes join you. Just when you think you’re getting to know this fourth person, they up and leave and you are back with the original three. I’m confident Square could have fleshed out these characters some more in this version of the game.

But, there are some redeeming features of Final Fantasy II. One is the Key Word system. During conversations with the important folks, you have the option to Learn key words. You also have the option to Ask about these keywords. Depending on who you ask, you will get different dialogue responses. Sometimes, asking the right person will reveal secrets. Final Fantasy II also utilizes magic points for the first time in the series, introduces everyone favorite giant bird, the Chocobo, and even marks the debut of Cid. Oh, and you can save anywhere. Hooray! Aside from these features, Final Fantasy II is as basic as it gets in terms of exploration. You can shop, chat, rest and then set out on your adventure. When you do, battles will occur. This is where things take a unique, black-sheepy turn for better or for worse. Inputting commands is still the same as always, but instead of earning experience points at the end of battle, characters will gain statistic based on what they did in combat. Losing HP means they’ll likely gain some more HP. Getting whacked means an increase in stamina. Having a shield equipped means they will likely gain an increase in evasion and/or agility. Using white magic will increase spirit, whereas black magic means an increase in intelligence. Obviously, attacking means an increase in strength. The fun doesn’t stop there, though. As weapons and magic continue to get used, they will go up in level and effectiveness.

So, what does this all mean? Well, it means there are good and bad aspects of this growth system. I’ll get the bad out of the way, because like I said, I enjoyed my time with Final Fantasy II. Early on, you will have no money and likely no idea how to proceed. Chances are you will rely solely on physical attacks. Near the middle of the game when enemies start becoming resistant to that, you will have essentially screwed yourself over due to a lack of magic. Furthermore, characters in the back row will not be targeted. This means they will not receive physical damage, which means they will not receive upgrades in HP, evasion, agility and/or stamina. In other words, you can really mess yourself up if you aren’t careful. That said, there is some fun to be had with this game. You essentially have the ability to shape your party however you wish. Do you want Firion to be a white mage focusing on daggers? Do you want Guy to be an archer with black magic? All of this and more are possible. By the end of the game, you can have an unstoppable army of three if you pay attention to how statistics in Final Fantasy II work. In my case, I had Firion become a sword master as well as an expert in various black magic spells. Maria became a spear expert and my main source of black magic. Guy was my axe master and my main source of white magic. The possibilities are limitless, but you need to have somewhat of an idea of what you want to do early on in the game.

Granted, for a 20 hour game, you won’t have that much time to really mess around with stuff unless you are willing to grind. Final Fantasy II is a short title. Despite this, the game often times leads you with little to no direction of where to head next. Resorting to a guide will help you, but not everyone feels the same way I do about this. I think my love of the SaGa series plus the option to mold my party how I wished were what made me enjoy this title so much. Furthermore, the PSP version has been (allegedly) balanced to make the journey less nasty. Finishing the game unlocks a bonus called Souls of Rebirth in case you want more of the action. In the end, I’m really glad I gave Final Fantasy II a fair chance. There is no doubt that this is and will always be the black sheep of the series. However, being a black sheep isn’t necessarily a bad thing.