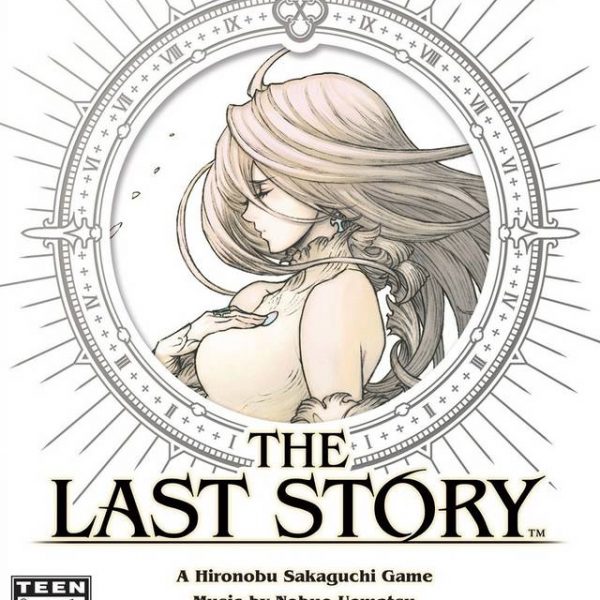 First, Game Informer’s review of The Last Story is flawed and incorrect. Second, hello! Welcome to my review for The Last Story. As of this writing, the only other Wii title I’ve fully played was Tales of Symphonia: Dawn of the New World. As a huge RPG fan, it didn’t seem like the Wii would be getting much else worth playing for a gamer like me. Upon the announcement of Xenoblade, The Last Story and Pandora’s Tower it seemed that I might have made that conclusion too hastily. After some dubious petitioning and a few angry Nintendo fans, Americans eventually got to play two of the three titles. The one that most people were excited about, though, was Xenoblade. I don’t get it. Now, I’m not going to start an anti-Xenoblade rant. I’ll save it for when I properly review it, but I will say that The Last Story is vastly superior to it in every way. Xenoblade will undoubtedly become the RPG of the Year for the Wii console. Whatever; I’ve come to understand that we live in an unfair and imperfect world. I own both games, but it’s The Last Story that will end up remaining in my collection while Xenoblade may or may not get sold for a considerable profit.

The Last Story is the (pardon the word choice) story of a group of mercenaries with various backgrounds but similar dreams. Players take control of Zael, a righteous young man who yearns for more than just odd-jobs of killing monsters and living in a bar. Lead by a courageous man named Dagran, Zael and his friends are brought to Lazulis Island to make a name for themselves and hopefully rub shoulders with the nobility. While venturing through a murky cave and shooting the proverbial breeze with his posse, Zael uncovers a mysterious power known as The Outsider. Now armed with legendary power thought to be long gone, Zael’s life is about to be turned upside down as he gets involved with runaway royalty, a species known as the Gurak, the secrets of the island and new powers not meant for humans.

The Last Story is divided into over 40 chapters that take you throughout Lazulis Island, as well as other places filled with danger and treasure. Zael makes for an excellent main character whom you’ll enjoy watching grow. The same can be said for the rest of his friends. Syrenne is a talented swordswoman who loves booze and adventure. Lowell appears to be a womanizer, but is a thought-provoking and insightful master of both magic and the blade. Yurick is a quiet mage who has had a rough past. Finally, Mirania is a woman who loves to eat and offers motherly wisdom to the group. It’s a well rounded cast of characters and I enjoyed getting to know each one. If I had to pick a favorite, it would be Yurick after he opens up and reveals what happened to him during his childhood. Were there characters I didn’t enjoy? You betcha: the villains. Like all good villains, they were despicable and I was ready to cut them down when given the chance. Zael’s story is one filled with the perfect amount of lore, history, character growth, love, death and a dash of humor.

Conversation plays a huge role in The Last Story. I don’t mean making choices which will dictate certain endings. Instead, I mean natural conversation that makes you feel a part of Lazulis Island. The place is huge, and there are plenty of citizens within it. As you move Zael through the city, you’ll hear conversations from townies and shopkeepers. By talking with some of them, you might be given the chance to help them out with delivering supplies. Personally, I never bothered with this because it took away from the main story and the promised rewards weren’t that special. However, that’s not to say some side-quests aren’t worth doing. Some of the 40-some chapters in The Last Story are actually considered side-quests. Unlike most side-quests, they are important in furthering the story and are, luckily, pretty hard to miss. Yurick won’t reveal much of his past unless you talk to him and start his side-quest. Mirania has one, too. One that really stands out takes place in a seedy neighborhood on the island. There’s always something going on, which can often times feel a bit daunting. Like I said, Lazulis Island is huge. Chances are you’ll get lost at first and be unsure of where to go. The game is linear, but I will admit it did get annoying trying to figure out how to advance.

Once you do, the story will play out in fully voiced dialogue and stunning cut scenes. Character designs by Kimihiko Fujisaka look great, but it’s the options available to the player that give them that extra edge. You won’t just equip various swords and armor. You can choose which parts of armor show (with no negative effect on their defensive capabilities) and you can change each piece of armor’s color with dye. With nearly 50 dyes to pick, fashionistas will surely be at home. To obtain new dyes (as well as invisible dyes which can yield amusing results) you need to find ingredients for a dye shop. The downside to the graphics occurs during battle when a bunch of enemies on the screen cause the engine to slow down. Furthermore, some instances occur where you’ll be walking on an invisible plain because the graphics are taking a bit longer than usual to load. It rarely dampers the game play and it never causes an issue to the overall look of the game. The Last Story is impressive looking for a Wii title. As for the sound, the game is fully voiced with British actors. It’s not my cup of tea, but they did a great job. The music is another highlight of the game. Nobuo Uematsu lent his talents as lead composer and made a phenomenal OST that is absolutely worth hunting down.

However, the game’s claim to fame has to be in the battles. While exploration is fun, battling through various dungeons using your surroundings, your wit and your steel make each encounter exciting. All characters can equip weapons and armor. Zael has the ability to also equip a mini-crossbow that acts as a sub-weapon. All pieces of equipment can be upgraded with money and items, with each upgrade offering new powers. For most of the game, you’ll be in control of Zael. You can hack and slash, dodge and guard, but the thing that sets Zael apart from the others is his ability to control The Outsider. Activating it will unleash a skill called Gathering. This powers up allies who’ve been knocked out and draws enemy attention towards Zael. When you combine that with the ability to snipe foes or hide under cover, you always have plenty of options to take down your enemies. Gathering also lets you activate red summon circles. In the event you want your team to gain a few levels, you can activate a summon circle and have at it. The AI will control the rest of your party with surprisingly smart results. Mages like Yurick will blast the enemies, but will also leave magic circles. Magic circles can then be diffused with Zael’s Vertical Slash or Gale ability. Diffusing a healing circle will recover energy for everyone. Diffusing a fire circle will lower enemy defenses and enchant your weapon with flame. Each character has their own unique contribution to battle and it makes for an enjoyable, fast-paced system that is an absolute joy to play. Boss battles are always a challenge due to these giants requiring specific strategies for victory. A neat thing to point out is that your friends will be bantering back and forth about who’s buying the next round of drinks or how pretty some girl was back in the town as they hack at their foes. It was a neat touch that added more depth to the characters and shows that they’re seasoned adults and not just some ragtag group of kids.

After the credits finish rolling after approximately 25 to 30 hours of game time, you will have an awesome New Game Plus option. Equipment, levels, money and dyes will carry over. Normal enemies will be easy to dispatch, but bosses and summoned foes will be powered up. Equipment will also have the ability to get powered up more than usual. All in all, it’s the perfect way to experience the game again. I know for a fact that I’ll be playing through The Last Story at least one more time. I hope everyone does the same. People who pick up the game new will be treated to a beautiful collector box that contains the game and an art book containing the stunning artwork of the characters and environments. The Last Story’s does have some problems. There are graphical issues and Zael will sometimes be left with unclear objectives for advancing. Those aside, this is the type of game fans of RPGs should experience. Join Zael and his friends on an epic journey that doesn’t require a Monado and instead requires the power of The Outsider.