Tokyo Mirage Sessions #FE has style and substance, but it overstays its welcome. 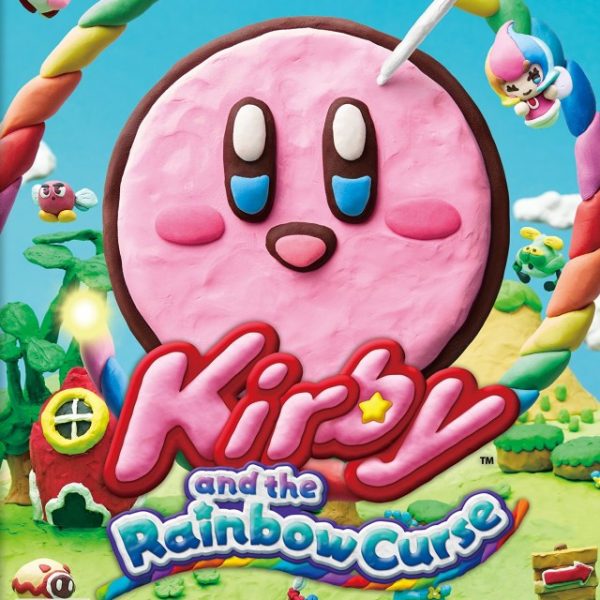 Kirby: Canvas Curse was one of the most difficult and frustrating games that I ever played. As much as I enjoyed it, it was a game I had a hard time recommending to fans of the puffy pink protagonist. However, my feelings for the game’s sequel are much different. Kirby and the Rainbow Curse feels similar to Canvas Curse in many ways. It’s the differences from Canvas Curse that make Rainbow Curse much more user-friendly and allow me to recommend the game to anyone who is a fan of Kirby.

One of the most obvious differences from Canvas Curse is Rainbow Curse’s clever and unique model clay graphical presentation. Everything in the Kirby universe has always been adorable, but seeing Kirby in this art style adds an extra layer of cute. Being a fan of Claymation, going from unique level to unique level in Rainbow Curse is an absolute joy. The method in which the backgrounds and enemies move as if they were made of living clay makes Rainbow Curse worth a look. The music in Rainbow Curse is another solid aspect of the game’s presentation. It may not leave you with a lasting impression the way the graphics do, but the new and old tracks fit the game well. Kirby isn’t as vocal in this game as he is in others, but you can still hear his darling “hiiii.”

Another difference from Canvas Curse, although not a completely original one, is the story. During a lazy day in Dream Land, Kirby is about to enjoy a delicious apple when a hole appears out of nowhere in the sky. This hole saps all of the color from Dream Land, freezing everyone and everything. Before the hole closes, a paintbrush fairy named Elline manages to return the color to Kirby and his friend, Bandana Waddle Dee. Elline tells Kirby that a sorceress named Claycia has stolen all of the color of Dream Land in order to finish the seven new worlds that she made with her magical clay. With Elline’s guidance, Kirby is off to a new world to return color to Dream Land. The plot sounds similar to the one in Canvas Curse, but it’s hard to fault it because it’s Kirby. Lighthearted tales like this one in Rainbow Curse are the norm.

Upon starting a new game in Rainbow Curse, those that played Canvas Curse will feel a sense of nostalgia. Using the Wii U game pad, you use the stylus to create rainbow ropes to guide Kirby through various levels. Tapping Kirby will let him gain some speed and attack enemies. Sending Kirby through a rope that has a loop will also give him some speed. Throughout each level, you can find treasures that unlock figurines and bonus music. You will also find stars. Now, in most Kirby titles, these stars are usually worth ignoring. In Rainbow Curse, they are vital to success. Collecting 100 stars allows you to perform a Star Dash. Kirby will rocket through nearly all obstacles with the use of a Star Dash. Gathering all of the game’s collectables often times requires you to guide Kirby during a Star Dash. As you get further into the game, the levels become more challenging. Some stages let Kirby transform into a submarine, a rocket ship, or a tank. While these stages are fun and a welcome distraction from the usual platforming, I would have preferred to have seen some use of Kirby’s classic Copy Ability.

Most of this sounds similar to Canvas Curse. Indeed, it is, if you play solo and ignore some of the game’s other features. The first is that you can use the Kirby, King Dedede and/or Meta Knight Amiibos to grant Kirby extra abilities. To make the game go from moderately challenging to mindlessly easy, up to three other people can join and take control of a Waddle Dee. While a certain enemy will try to capture Kirby if more than one person is playing, having the assistance of other players removes any challenge from the game at all. Finding all of the collectibles, gathering nearly every star and finishing challenges that would normally require plenty of retries is nothing to worry about with another player. Your thoughts on this will vary. One unfortunate aspect of the game play is the recycled bosses. Kirby has always had fun and creative bosses to fight. Fighting the same ones takes away from on otherwise original game. Another unfortunate aspect is that you will spending most of your time ignoring the vibrant visuals on the HD TV because you need to focus on the game pad.

When you need a break from the main campaign, you can participate in challenges, listen to music, check out your collected figurines and read Elline’s diary entries. Kirby and the Rainbow Curse has plenty to do, but all of it can be done in about ten hours. This is a short game that will be even shorter for those that utilize all of the game’s features. Still, it’s fun while it lasts and there is no denying the level of cuteness it offers. Best of all, this game is much more forgiving than Canvas Curse. Fans of Kirby will get a kick out of the unique art style and some of the game’s features. The Wii U may not get a traditional Kirby title, but seeing our hero journey in such a creative way is the next best thing.

Overall, 7/10: Kirby and the Rainbow Cures is a cute, clever, and quick claymation quest.