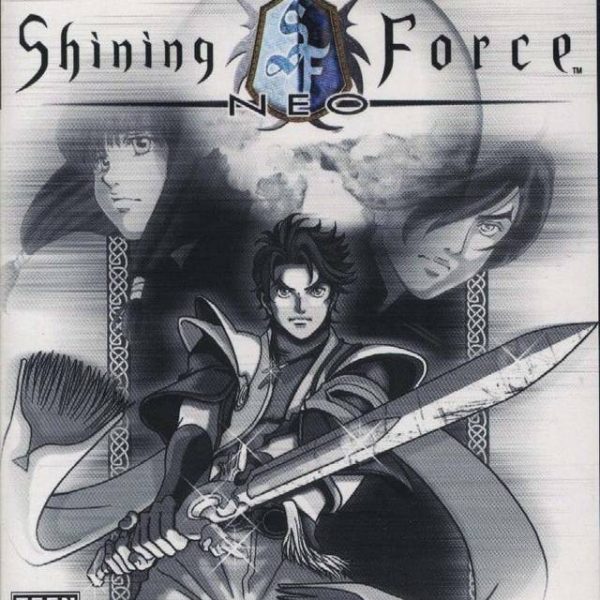 The Shining series is interesting. It’s tough to recommend because it encompasses so many genres. There’s a lack of consistency. But that also means that there’s something for everybody. Shining Force Neo is an example of this. Standing 180 degrees from a strategy game, Shining Force Neo plays like a Diablo clone. Since I enjoyed its follow up (Shining Force EXA) I figured I would enjoy Neo. Sadly, I didn’t. I should have played Neo first instead. Or, maybe Neo just wasn’t that great to begin with. Even if you like its game play, it’s a tough game to recommend in a series that’s tough to recommend.

Whether this your first or fifth foray into the world of Shining, Shining Force Neo has a standalone story that doesn’t relate to any of the other games. It takes place in a world that is sustained through magical Force Crystals. Years ago, enemies called Legions tried to destroy the world. Warriors hither and yon gathered to fight the Legions and banished them to the moon with the help of these crystals. But, new forces (pun) of evil from the Clan of the Moon are afoot and are trying to shatter the Force Crystals. A young, red haired and bright eyed warrior named Max is taking up arms to stop this from happening. Max is a “shield for the weak, and a sword for the meek.” With his best friend Meryl, the two become Forces and venture from the safety of their home of Greensleeves.

A Force is a term used for warriors that use Force Frames to grow in strength. The term “force” gets used often in Shining Force Neo. It’s irritating, confusing, and one of the issues with the story. Another issue is that the story doesn’t go anywhere for hours. Shining Force Neo has a strong start, but after you leave Greensleves things drag. Max is likable, but not likable enough to make you invested in his fate. He’s joined by a colorful group of characters that feel at home in the Shining world: werewolves, centaurs, the works. Finally, the writing is predictable. It’s as cliché as cliché can be, which I normally wouldn’t have a problem with if there was something else interesting going on. Or, if the game play was enjoyable. 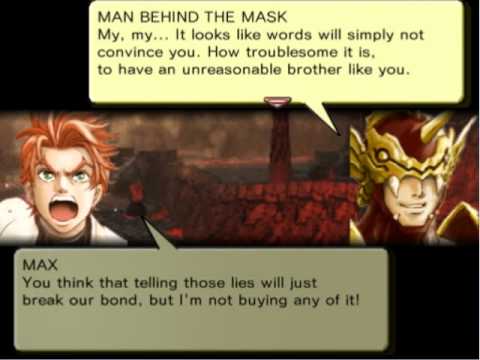 Max is likable. A bit extra, but likable.

Shining Force Neo’s game play, much like the story, has a promising start. You take control of Max while the AI takes care of up to two other party members. Most of the time, you’ll be moving through huge battlefields filled with platoons of enemies. Using the circle button, you will button mash ad nauseum until every enemy and the Monster Gate spawning them are down. Max can equip a short sword, a two-handed sword, a bow and arrow, or a wand. This means Max can be whatever you want him to be. Weapons can be upgraded at a blacksmith. Some of these weapons house special abilities or magic. Personally, I preferred to keep Max as far from harm as possible and gave him a shield and a wand that had the most powerful magics. Max’s Force Frame will be outfitted Force Arts that come from enemies. These will provide him with a variety of passive options that are always equipped. With enough time and grinding, Max will be able to withstand damage from the elements, destroy all types of enemy races, have increased attack power, and more.

The basic formula for Shining Force Neo is going to the battlefield as the story requests, mashing the attack buttons, gathering loot (gear, money, Force Energy, etc.) and hopefully not getting a game over faster than you can blink. Shining Force Neo has frequent difficulty spikes that will require you to proceed to new areas with caution. The first time it happened to me, I was gobsmacked. I was in fighting form and ready to continue the journey. It literally took two seconds for Max and the rest of the party to get swarmed by enemies and destroyed before my eyes. The game over screen flashed and I was prompted to reload my save.

I was livid. I love a good challenge, but I also love a fighting chance. Shining Force Neo requires you to go back and forth between the battlefield and your town to handle the difficulty spikes. After the introduction scenes, Max is given an item that can teleport you out of the battle and back to Greensleeves. After you replenish your supplies or upgrade Max, you can warp back to the battlefield. Unfortunately, this temporary warp gate is fickle. If you leave Greensleeves, then the warp gate vanished. Thus, you need to be careful not to ever venture out of the town after using your teleportation. 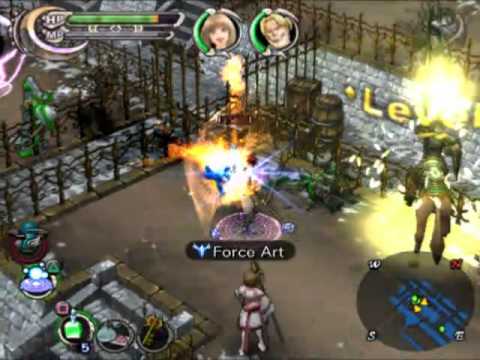 Pro Tip. Er…Kash Tip: as soon as you find a new Force Art, book it out of there and identify it. Max needs all the help he can get.

I haven’t played Diablo, but from what I’ve seen it plays like Shining Force Neo: just button mash and don’t die. Normally, that’s fine. You can turn your brain on autopilot and enjoy your bountiful loot. With armies of monsters descending upon poor Max and company, you have to be at 100% all the time. Speaking of, literally hundreds of monsters can be on screen at a time. This can cause the game to experience heavy lagging. Despite this, Shining Force Neo is fair looking game. Monsters look goofy, but the spell effects and the environments are nice. There are some anime scenes sneaked in, too. The music is forgettable. But, the voice acting is not. Man oh man; it is bad. Some rumors around the Internet claim that a freshman theater troupe was tasked with voicing the game. Whether or not that’s true, it’s terrible. If you decide to check out Shining Force Neo, get ready to hear, “Hot stuff coming your way!!” over and over.

And really, if you decide to try Shining Force Neo, I doubt it’ll be a complete disaster. It’s a game that’s kind of just there. Nothing about it is offensive, but there’s nothing about it that makes it worth looking into. Gamers that consider themselves Diablo fans will get the most enjoyment out of it if they skip through the story, buckle down, and get ready for the nasty difficulty spikes. Honestly, the best thing about Shining Force Neo is that it inspired Shining Force EXA.