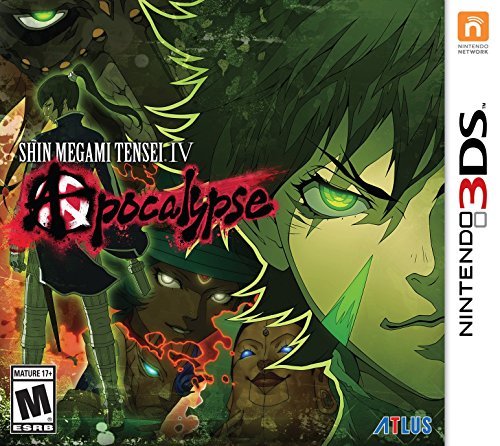 While Flynn, Isabeau and the people of Tokyo are busy dealing with Lucifer and Merkabah, some youths in the city of Kinchisho are preparing to go out on a relic hunt. Nanashi and his best friend Asahi wish to become demon hunters, but their guardians don’t want them risking their lives at such young ages. Thus, they need to try to gather relics to sell for Macca while the others hunt the demons of Tokyo. During their relic hunt, a powerful demon named Adramelech corners Nanashi’s party. Their guardians are killed on the spot, and Nanashi is killed trying to protect Asahi. However, a deity named Dagda revives Nanashi under the condition that Nanashi becomes a God Slayer. Nanashi revives and drives back Adramelech, but he doesn’t realize that this second chance at life comes with a heavy burden. Nanashi’s story is excellent from start to finish. Teaming up with Asashi and other unique characters, Nanashi will explore Tokyo, the Eastern Kingdom of Mikado, and more. Along the way, you’ll meet up with characters from the first game. Things take a very different turn in Apocalypse, making it feel like a stand alone experience. However, it is still recommended to play SMTIV first.

If you played Shin Megami Tensei IV, then taking control of Nanashi will feel familiar. You will guide Nanashi and his friends through Tokyo as they perform various tasks for the Hunters Association. Some tasks advance the story. Others are there for added experience and Macca. Shin Megami Tensei IV: Apocalypse gives you more guidance on how to proceed with the story, which is a vast improvement from the first game. Furthermore, the side-quests that you can participate in will never expire. Want some more good news? They are always active; there is no more need to sign up for one side-quest at a time. These and more quality of life changes make Apocalypse feel more polished. And, we’re just getting started.

Most areas in Shin Megami Tensei IV: Apocalypse are filled with demons that wish to halt your progress. These areas are also filled with treasures, relics, and hidden pathways. It’s always exciting entering a new area. Demons will still make a beeline towards you, but Nanashi’s sword swing covers a wider arc than Flynn’s did. Furthermore, instead of dealing a few extra points of damage, striking an enemy with your sword gives your team a chance to begin the battle in Smirk status. Remember Smirking? If someone, friend or foe, is Smirking, then their stats increase and they will land a guaranteed critical hit. The battles in Shin Megami Tensei IV: Apocalypse still utilize the Press Turn system that we’ve come to know and love, but subtle changes help make it more user-friendly in comparison to SMTIV. Aside from the aforementioned preemptive strike, skills that normally cause instant death like Mudo and Hama require the user to be Smirking for them to cause a one-hit kill. New skills were added to give you more options, too. My favorite addition is the Partner System. Nanashi will fight battles with his demon companions, but a partner can support him after all of his press turns are used. Want a healer? Make Asahi your partner. Want some raw power? Make Gaston your partner. When a partner acts, a meter gets filled. A full meter will give Nanashi and his team an extra turn, deal massive damage to any foes on the screen, and grant the Smirk status to a few of the participants.

All of these new additions are great, but it’s important to understand that this is still a difficult game. Battles aren’t as do-or-die as before, but you still need to be cautious about which skills you use and which demons you bring. On the topic of demons, demon recruitment is just as fun and addictive as ever. While you’ll be fighting the majority of the demons for experience and items, you’ll want to Scout some of them so they join your party. Once a demon learns all of its abilities, it will let Nanashi learn or power up one of his. Mido is back in full form and will let you summon and/or create new demons. When Nanashi gains a level, you can allocate points towards his stats.

Shin Megami Tensei IV: Apocalypse took the SMTIV blueprint, reconstructed it, gave it some extra TLC and produced something special. This applies to the presentation, too. The game looks similar to its predecessor, but there are new environments, fantastic cut scenes and some well-drawn character art. Some shocking events will warrant the game’s M rating. The music department fared the same way. Most of the songs are ones you’ve already heard, but there are some new ones that add some extra flare to the already fantastic soundtrack. The voice acting is excellent; no complaints there.

Overall, 9/10: Flynn may not be able to save Tokyo alone. Join Nanashi and his friends as they lend a hand in this fantastic Shin Megami Tensei entry.