Shadow of Destiny is a game about time that is unable to stand the test of time. 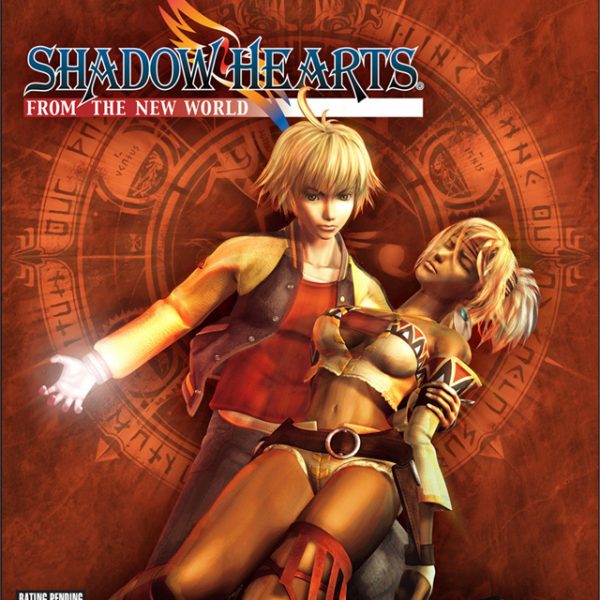 Author’s Note: This review was originally published on August 8th, 2006.

The fourth installment in the Koudelka series (and the third installment in the Shadow Hearts series for those who are less RPG-savvy) takes players to the western continents where new dangers and adventures await. As a fan of the first two Shadow Hearts games that had the Judgment Ring, original characters and a setting in the real world, I was excited to see more Shadow Hearts fun in From the New World. The reality is, I got a semi-replica of Shadow Hearts Covenant. Now, this is not totally a bad thing because SHC was a fun game, but for a series so well-known for implementing new ideas and new mechanics in the RPG genre, I was hoping that this western adventure would have had more to it.

I’m not saying SH: FtNW is unoriginal by any means. In fact, there are some great new features in this game. Most importantly, it’s the story and characters. Yuri Hyuga is no longer with us. This time, we take control of Johnny Garland who resides in New York. This 16 year old private eye lost his family and part of his memory in a fire years ago. After he recovered he decided to solve mysteries in hopes of discovering what exactly happened to his family and what caused the fire. The game starts with Johnny taking a request to find a missing person by a shady looking professor named Gilbert. After finally finding the requested person he meets the beautiful Shania, a Native American who has the power to change into monsters. Who is Shania? What was so important about the person Gilbert was looking for? What exactly happened to Johnny? Like the rest of the Shadow Hearts games, there are various questions that get asked from the beginning that will be answered as you progress through the game.

As expected the story is entertaining, always leaving you wanting to know more about the characters. The characters themselves are just as original…to an extent. Johnny is an interesting choice for a main character because of all his history. Actually, the personality and history of each character, both hero and villain, was original. The characters are often illustrated through their abilities, as well. In this game, the abilities are lacking in terms of originality. I mean, it would not be a Shadow Hearts game without someone being able to transform into monsters. At least that’s what the developers thought. The fusion ability is starting to get a little old. Also, Natan’s “GUN-FU” ability is copied directly off of the movie Equilibrium, Frank gets new weapons the exact same way Joachim did, Shania powers up her Fusions the same way Yuri did, Ricardo’s Serenata is similar to Lucia’s perfume, and Johnny takes pictures like Anastasia did. It was always fun to see the character’s personal abilities and how they reflected their personalities, but in this installment it was basically copied from Shadow Hearts Covenant. It was cool to see some returning NPCs from previous installments, but that is because we aren’t playing as them. In terms of story, the tale is unique and the characters are too. However, when it comes to how they develop in battles, the originality is gone.

With the battle system, I wasn’t expecting too many new features, nor was I hoping for them. All of the Shadow Hearts games are fun thanks to the Judgment Ring. The Judgment Ring is a circle that has various colored areas on it. A dial spins clockwise and you are supposed to hit the X button on the colored dials to execute commands, be it attacking, casting magic, or using items. In fact, the Judgment Ring appears in shops too. You may be able to get a discount if you hit the Judgment Ring properly. Anyways, SH: FtNW uses the Judgment Ring as expected. When the battle begins, you see the turn order at the top of the screen. You have various options at your disposal that allow you to dispose of your enemies. The most used option is Attack. Most characters start off with only a few hit areas for their regular attack, but as you find Ring Fragments, you increase their number of attack hits. You can also equip your ring with status attacks in the hopes of inflicting your foes with a negative attribute. One thing I noticed with this installment is that it is harder to stop the dial in the dark red area of the hit areas. This area allows extra damage to be dealt, and while it was difficult in all of the other Shadow Heart games, it seemed more much troublesome in this one. Obviously, this got very annoying because if you miss an area entirely, you miss a turn. Characters can use their special skills, cast Stellar Magic, use items, and defend. You kill all enemies, the battle is over and you get the typical stuff: money, experience points, and soul points for Shania. If you perform well in a battle, you may get some extra items or experience points.

I mentioned that you could cast Stellar Magic. Stellar Magic is similar to Crest Magic from SHC. Characters, except for Shania, can equip Stellar Charts which are based off the zodiac signs. Each chart has various nodes that can hold a stellar. A circle stellar is for healing, a triangle stellar is for support and a square stellar is for an attack spell. The attack spells are color coded for the various elements in the game: fire, wind, water, earth, light, darkness and non-elemental. The nodes can be leveled up at a shop so you can equip a higher leveled stellar in said nodes. Stellar Magic sounds original, but when you get right down to it is just an enhanced version of Crest Magic. Actually, with the exception of healing spells, most people are better off not using it and attacking normally or with their special skills.

Despite all these similarities to SHC, SH: FtNW has the new Stock Gauge. By taking and giving damage, you build up the stock meter. At certain levels of stock you can perform Hard Hits, Double Attacks, Combos, and D-Combos. These are used to pile on the damage, for lack of a better term. The combo system was thankfully fixed from how poorly it was constructed in SHC. Also, the idea of now performing double combos really adds a new level of strategy to the battles. What’s great about this game is that it is more challenging than SHC. While there is no power leveling required, you will have to be on your toes more often this time around. This is especially true during the vast amount of side quests available, which is usually when the game jips you for also being under leveled. In the end, the battle system was similar to the other games, and just as fun most of the time. There were times when I got super aggravated with things like missing an attack turn or getting my ass handed to me by a cheap enemy double combo, but overall the battle system was just as fun as ever.

As per usual in any RPG, you can shop around for weapons, items, armor and accessories. There are plenty of people to speak with in towns, and the traditional Shadow Hearts Lottery has returned. Throughout the game, you can enhance each character’s unique special skills through the above mentioned side quests, and near the end of the game you can finish them up. There is always something to do in this game, but it gets really tedious, really quickly depending on the quest. Frank needs to find people in various places, which is simple. Johnny on the other hand has to take TONS and TONS of pictures of enemies in order to complete one of his side quests. The unfortunate thing about the game is that it basically requires you to complete a good amount of the side quests in order to have the sufficient abilities and levels to beat the super difficult final boss. The side quests are rewarding, but as I said they can get tedious.

Now that I’ve talked about all the “stuff” that is done in the game, I should mention how it looks and sounds. The graphic engine is the exact same as it was in the second Shadow Hearts, which was just fine to me. Characters look great, and the way the game captured North American and South America was brilliantly done. The battle effects have more flare, and there are more gorgeous FMV sequences to progress the story forward. Most importantly, the monster designs are as unique as ever and each monster has a description as to why it looks so putrid and vile. The sound department was done well, too. There are plenty of new tracks for your listening pleasure, but the OST is by no means worth hunting down. The only song I can recall is the first battle song, so there was nothing really memorable in the musical department. The voice acting was top-notch, believable, and the characters voices matched their illustrated personalities perfectly. Although, I am still convinced that Mao is a boy.

The game took me about 40 hours to complete, but that was mainly because of the vast amount of side-quests completed. By itself the game will run you around 30 hours. Then again, since much of the side quest material is required to lay the final attack on the boss, it is safe to say that it’d probably take most people around 40+ hours. After you beat the game, there are various New Game Plus features, the greatest one being the movie gallery. There are a few reasons to go back for a second time, but the replay value isn’t as great as it was in the first game. I recommend this game to a casual RPG player because this game is a standout in the Shadow Hearts series. As an avid Shadow Hearts fan like myself, I didn’t get all that I expected and saw too many similarities that were original in Covenant, but not original a second time around in From the New World. The game was fun overall, but aggravating at the same time. While it was original, it was uninspired. In the end, Shadow Hearts: From the New World is just another RPG to kill time. To some, that is great but to those who love the series, it may come as a bit of a downer.