Dragoneer’s Aria is certainly better than Blade Dancer. Then again, that’s not saying much. 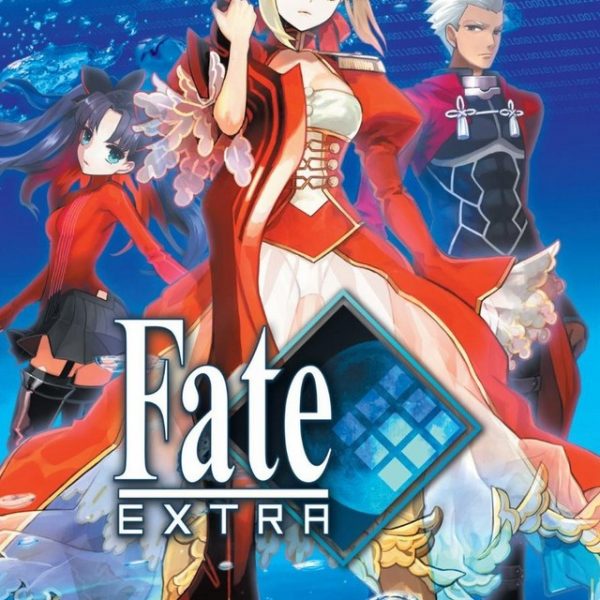 When was the last time you played rock-paper-scissors? Was it when you were a child and you were playing to see who got to try a new toy first? Was it when you were a teenager and you were playing to see who had to tell the teacher that someone cheated on a test? Was it when you were an adult and you were competing for the last beer in the fridge? For me, the last time I played it was during Fate/Extra, a PSP role-playing game that is based off of the reputable Fate/Stay visual novel. Type-Moon’s creativity and Aksys Games’ translation skills made a contradiction of a game. On one end, there is an exciting story. On the other end, there is an awful battle system. Due to one factor overshadowing the other, I have a hard time recommending this game. Fans of the Fate/Stay saga and fans of RPGs will do better to avoid this dungeon-crawler and save themselves from hours upon hours of frustration.

The story in Fate/Extra is as intriguing as they come. After a chilling and ominous introduction, you can create a character and choose a Servant. Servants come in various classes like Saber, Archer, Berserker, etc. but you can only pick from three options. Depending on which Servant you pick, the conversations will vary. Once you pick your Servant, you begin the game and learn about what’s going on. You are an amnesiac who has enrolled in a virtual reality called The Holy Grail War. While everything is digital and nothing but 1s and 0s, death of your avatar means death of the player in real life. Thus, things should not be taken lightly. In order to obtain the Holy Grail, you will have to fight other avatars, which appear as students, and attempt to come out on top against them. The winner of the Holy Grail will earn any wish they desire, but each Master (the avatars) needs to realize that they are playing for their lives. One wrong move and it’s lights out in both worlds. Needless to say, it’s an exciting setting and one that I’ve never seen before in a video game. The world itself is unique, and the characters in the world add to the appeal. Why is your character battling in the first place for the Holy Grail? What are the motives of the other Masters? All of these questions slowly get answered as you try to eliminate foe after foe and earn one of the multiple endings.

A unique story is great and all, but the truly important factor in a video game is the way it plays. Fate/Extra slowly introduces you to the methods and madness of the world. You are given a set number of days before your next match against another player. During those days, you need to look for clues about your opponent, train in the Arena against monster programs, look for special keys that grant you access to the player versus player match, and purchase items and equipment. You’ll also have to make certain decisions that will dictate whether or not you live or die. If you die, you have to reload, so it’s nothing too worrisome. The only time you can get perma-screwed is when you forget to obtain the two required keys. Without them, you forfeit the match against your opponent. Figuring out your opponent’s identity will effect your Matrix Level. The higher the Matrix Level, the better chances you have in battle. Each day ends after you are finished training in the Arena. Your goal is to get as much information as possible to get as big of an advantage as possible. Trust me, you want you want a big advantage when it comes to your foes. There is no doubt that exploring the school and chatting with folks about ways to exploit your opponent is enigmatic and exciting, but when it comes to battle, it’ll feel like you’re a fish out of water as you attempt to play round after round of rock-paper-scissors.

Now, the whole rock-paper-scissors idea has been in various RPGs that I’ve played. Examples include Fire Emblem, Yggdra Union and even Pokemon. However, those games use the concept of an attribute being strong against one, neutral against the same, and weak against the last. Furthermore, those games inform you of your foes and what kind of weapon or specialty they have. Fate/Extra is a little different. During battle with a random monster or a boss, you input six actions for your Servant to execute. There are three command options: attack, guard and break. Attack beats break, break beats guard, and guard beats attack. If someone beats a command, the person who used the wrong move will get hit. To give you more incentive to guess properly, guessing correctly three times in a row will land an extra attack that has a tendency to deal more damage than usual. If the same attack is used, damage is exchanged or nothing happens. You can use skills at the cost MP, as well as items, but most battles will involve using the above three commands. The problem with all of this? You have no clue what each attack your opponent will be. Some of their commands will be revealed, allowing you to plan accordingly. The rest of the commands are covered by a question mark. This means it’s like an actual game of rock-paper-scissors. For random monsters, you need to continuously fight them in order to learn more about what their attacks will be. For the bosses, you need to recognize their pattern. If you fail to do this, you’ll end up on the floor, battered and shattered. Since there are no save points while in the dungeon, this is beyond frustrating. There’s trial and error, and then there’s this.

The worst part of all of this is that everyone and everything has a tendency to be much more powerful than you. Levels slightly help, and you can distribute points to upgrade your Servant’s statistics and learn new skills, but it’s usually not enough. One wrong guess and you’ll have to start the fight over. It’s a struggling exercise in tedium and frustration that makes it so fighting the boss you learned so much about become a test of endurance as opposed to strategy. Even if you do guess right, during times when you guard you may still take damage and, as a result, need healing. This isn’t too much of a problem, but it can be if your agility is too low. A battle system in an RPG based off of a best-selling visual novel should have been much more than a simple game of rock-paper-scissors.

Furthermore, it should have a better look. Fate/Extra has a drab style. While the arena’s mazes have oddities like jellyfish or dinosaur skeletons in the background, the areas you walk are nothing more than colored hallways. The school has a bit more going for it, but it’s only three floors and gives off a sequestered feeling. Character graphics are mediocre outside of battle. The character involved in the story each have unique appearances and portraits that accompany them. The NPCs didn’t get so lucky: everyone wears the same uniform and has the same face. The only things that differentiate them from each other are gender and hairstyle. For a school, it feels very empty. Battles do a better job at showing off the characters in action. Some of the Grand Phantasms are way over the top and reminiscent of the summon spells from the Playstation Final Fantasy titles. The music is terribly boring. I hope you enjoy the saxophone, because you’ll be hearing lots of it. Voice acting is done entirely in Japanese, which is fine when there is a translation to go along with it. Unfortunately, during the boss battles, the characters will bicker back and forth and you’ll be left scratching your head regarding what they’re saying. That is, of course, you can understand Japanese fluently. The presentation in Fate/Extra is uninspiring, but it gets by and gets the job done, albeit minimally.

To get the job done of finishing the game, you’re looking between 30 and 40 hours. There are a few minor reasons to consider replaying the game, such as a new Servant and different conversation choices. However, that means dealing with the battles again. And there are lots of battles to be dealt with. It should be mentioned that my experience with the Fate/Stay saga was non-existent, but that didn’t stop me from enjoying the characters and setting for the PSP game. While the finished product isn’t very good, it did do a good job of earning my interest about the entire Fate/Stay universe. Had the game been made with a better battle system, I would be shouting from the rooftops the joys of Fate/Extra. A great story and characters are necessary features for any RPG, but without a solid battle system, you can’t enjoy either of the two. You’re better off avoiding Fate/Extra even if you’re a fan of the original visual novel. Rock-paper-scissors with a great story in this day and age just can’t keep up with in the PSP’s impressive library of already established RPGs.