Reviews are opinions with heavy text. Here is my opinion.

Fight your way down memory lane. 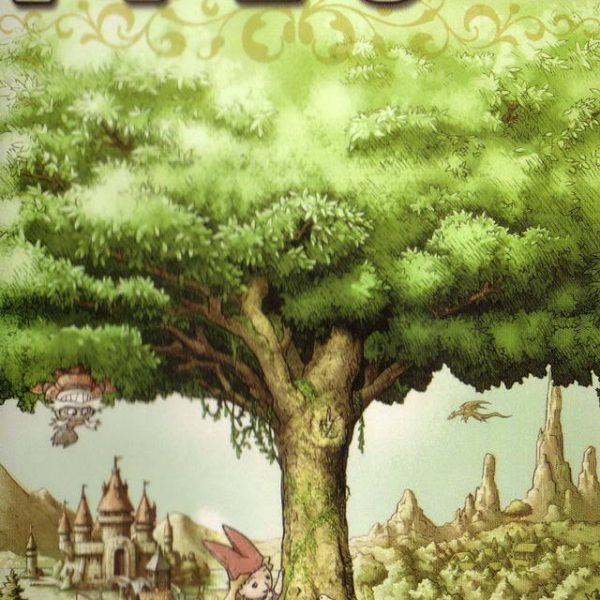 Author’s Note: This review was originally published on July 5th, 2006. After I stopped playing, I remember feeling worried about the PSP’s future with RPGs.

Part of the reason why I wanted a PSP so badly was due to the fact that a port of a collection of RPGs was being released in the states. PoPoLoCrois was originally a series on the Playstation in Japan only. Hearing that it had old-school charm and an anime-like setting, you can bet your buttons I was a happy camper when I heard that PSP owners would be able to play the game. Maybe I hyped myself up too much, but PPLC failed to deliver what I was looking for in an RPG.

Alright, maybe that is a little unfair because actually looking at the game was not so bad. While the character sprites are tiny and the backgrounds were bland, the level of detail given to each graphical aspect was done well. Just after one glance, you could tell that the game was not a serious one; monsters look as cute and cuddly as the townspeople. Even your main party members are just as non-threatening looking as everyone else. I didn’t really mind this, but being so into anime I would have liked to see some “cooler” looking characters. Speaking of anime, there are anime cut scenes in this game that were beautifully done.

In these anime scenes you’ll hear the voice acting. This, like the graphical department, was done well for the most part. You’ll have a few annoying voice overs here and there, but for the most part each character’s voice fits their look. However, considering how cutesy this game was, this kind of got on my nerves. Don’t get me wrong because I like the cute stuff, but in an RPG which usually lasts 30 hours or more, it gets to you. The other sounds, such as blowing breezes and slashing swords were done well. I wish I could say the same great things about the music. It’s not bad, it’s just dry and boring. Even the battle music was a snore fest. I recall no tunes being decent from the entire game. Of course, I lost the will and patience to play through the entire game but you get the picture about the music.

Stop your judging. Yes, I had the effrontery to stop playing this game early, but you would too if you had played countless other, better, and more exciting RPGs in your life-time. PPLC has a classic way of RPGing, but on a new-gen console I would like a little some extra. You do the standard stuff in any RPG. If you are not in a dungeon, you are most likely in a town and walking around talking to people and upgrading equipment. If you’re in the dungeons, you’re fighting. The battles are a typical turn-based system that involves a grid. You move your character on the grid, select the enemy to attack if in range and then repeat until all foes are gone. Battles are easy to learn, and even easier to finish because this was one of the easiest games I’ve ever played. Sure, each character has unique skills and magic that gain levels through time and sure there is a combination system, but in the end I just couldn’t get into the battles; they were too boring.

The story line was on the same boredom level as the game play. The game stars young Prince Pietro. After his 10th birthday celebration, he ends up following his father into a tower outside the castle. Inside the tower lies his mother, thought to have been dead, in a deep slumber. The king tells Pietro that his mother ended up this way after a fierce battle with the evil Ice Demon. Pietero vows to set things right and wake up his mommy-dearest.

Right…as touching as that sounds, I am not too much into the little kids thing. Why do you think I wasn’t a fan of the first Kingdom Hearts? (OH SNAP!) The story is back-to-basics and uneventful. There are no thought provoking events or deep characters. Maybe they developed better over time and I didn’t give the game a fair enough chance, but I think that is highly unlikely. I know my stuff. Deal with it.

I’m not sure what happens if you beat the game, but if you decide to embark on such a quest and finish it all the way through, then you’ll be looking at a thirty-hour game, give or take. Even if your PSP is craving a good RPG and despite the length of PPLC, I still say rent it before you buy it. It was too damn boring for me, and totally not worth the purchase.

First Legend of Heroes and now PoPoLoCrois. With the exception of a few imports, the PSP RPG line up isn’t looking too good. Only if you’re new to RPGs or are desperately trying to give in to your PSP RPG addiction should consider PPLC.