Fight your way down memory lane. 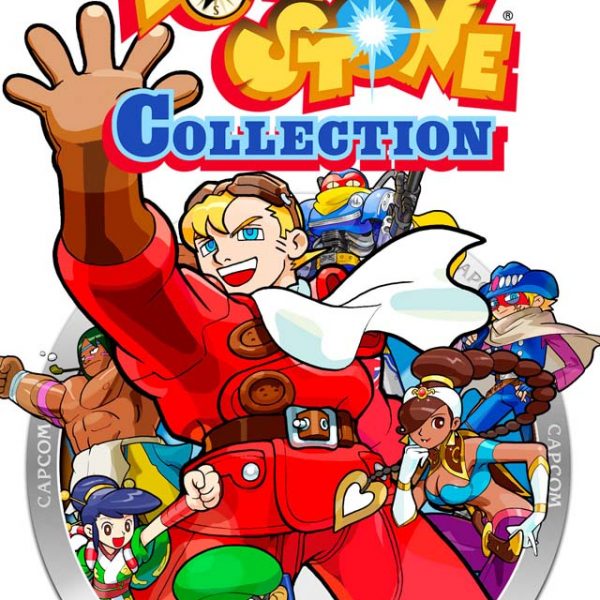 Author’s Note: This review was originally published on May 21st, 2007. I remember being on cloud nine after hearing about the chance to play Power Stone on the go. Unlike other fighting games, Power Stone doesn’t suffer from the PSP’s stiff control pad.

To this day, the Power Stone series is one of the greatest fighting series’ of all time. The Dreamcast was doomed from the start, but at least it had some great games in it’s library, Power Stone included. Those who have a PSP are able to replay both games in one collection. The result is both good and bad.

A fighting game through and through, Power Stone needs to have solid controls. While moving your character with the analogue stick can get tricky, the controls as a whole were tight and responsive. Like most fighting games, you have to knock your foe silly until he/she runs out of health. There are tons of weapons and items you can use for this feat, as well as the legendary Power Stones. By collecting three of these jewels, your character will transform into a pumped up alter-ego and you can unleash some super powerful attacks. Certain characters can even lift up heavy objects from the environment to knock a foe silly! There is non-stop chaos in this game; it is awesome.

Each character has their own unique style and origin. For instance, my favorite character is the lovely Ayame. This crazy kunoichi from Japan mixes little girl tantrums with ninja attacks. When you have her transform, she becomes a steal bunny that tosses shurikens and needles! As you can see, you have a colorful cast at your disposal. Each character has their own desires for finding the stones in the first Power Stone. In Power Stone 2, all of the heroes have been trapped in a castle and you have to fight your way out of it. Sure, there is nothing mind-blowing about the stories, but what can you expect from a game made by Capcom? By that I mean, what can you expect from a fighting game? Really.

Anyways, the PSP did a great job at showing off the colorful visuals of Power Stone. While they may not be the most detailed graphics, they still have their moments. This is especially true in some of the transformations and their special attacks. When playing Power Stone 2, there will be times when up to four others are on the battle screen and movement can lag and suffer from slow-down. One of the biggest problems happens to be with the loading times. When a battle is about to start, you can be waiting up to at least 10 seconds. Since the game can get difficult, getting a game over will make you lose your patience in various ways. The music and sound were done just as well as they were on the Dreamcast. All of the voice acting is in Japanese, with the exception of the announcer. Each stage has it’s own unique musical track. Other than that, there is nothing much to say about the sounds of Power Stone Collection.

Since this game is a port, you’d probably hope for plenty of extras. Well, your hopes are fulfilled. Beating the game with each character unlocks plenty of goodies for you. Also, Power Stone 2 has a huge shop from which you can buy some very fun items. Finally, with two games in one and tons of characters to use and master, you will be playing Power Stone Collection for days on end. At the same time, you can just play it for almost all it is worth in a rental period. So, whether you chose to buy or rent it is up to you. I decided to buy it. The PSP was a semi-good choice for this game collection. It does suffer from loading issues, and sometimes the controls can be a bit sketchy. However, for those who loved the games back in the day, nothing has changed in terms of fun factor. It is with a hardy yell that I say to you, “Welcome back to the Power Stone world!”