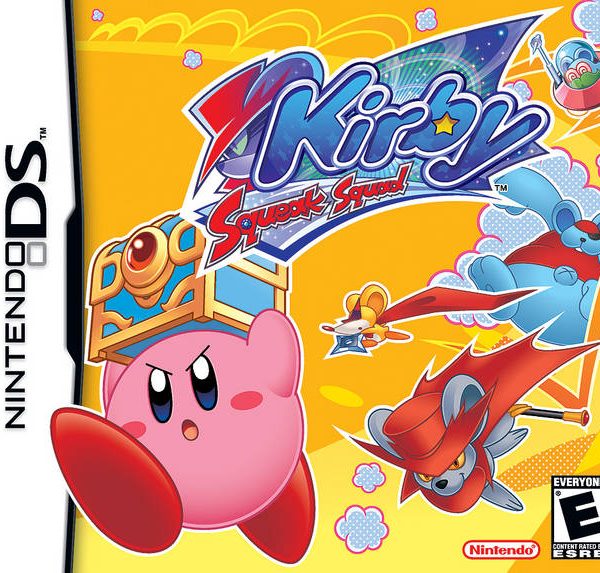 Author’s Note: This review was originally published on January 2nd, 2007. The start of 2007 was a weird time in my life, and much of that weirdness transitioned to my review writing. Today, I feel that this is one of Kirby’s weaker titles.

Well, another Kirby game is here, and once again, it can’t compare to the SNES Kirby Super Star. However, don’t let that dissuade you from checking it out. Kirby fans of all types should still play an actual Kirby game on the Nintendo DS.

I say “actual” because this Kirby game follows the traditional Kirby game formula. You control the cutest pink ball of squish as he runs, floats, slides, and swims through various stages. Once again, Kirby can copy abilities of his enemies. There are some familiar ones like Beam and Tornado, and some new ones like Animal and Bubble. Some of the abilities have multiple actions, like they did in Super Star, but not all of them are like this. Like other Kirby games, there are secret stages to unlock, and to get 100 percent completion, you have to find Treasure Chests. Each chest contains something that will help Kirby in his quest. The classic game play is just as fun as always, and each stage ends with a boss battle.

The dual screen comes into play with the bubble system. Abilities, chests, and items come in bubbles. You can carry five at a time, and you can combine abilities together to form new ones, or combine food together to make more helpful food. It is nothing too innovative, but it’s still fun.

So, you’re probably wondering what the deal is with these Treasure Chests? Well, this is where the story comes into play. Kirby was about to enjoy a piece of cake, when all of a sudden it was snatched before his eyes. While he thought it was King Dedede, it turned out to be the Squeak Squad, a band of mice who are out to steal treasures from all over. Kirby will stop at nothing to get that piece of cake back. If that’s not the cutest story ever, I don’t know what is.

The graphics are just as cute. I tell you, I would give anything for a real life Kirby. Anyways, the graphics are colorful and vibrant, and Kirby and the enemies look just as great as ever. There aren’t flashy effects, just classic 2D, side-scrolling goodness. The music is the same as ever, it’s fun, but nothing memorable.

Now, you must have realized that I praised this game for the most part, yet I gave it a 6/10. The reason is due to the fact that it is so short. You can easily beat in a few days, and while you can go back for more to try new things out, the adventure will always be the same. Still, if you’re a Kirby fan, or just want something light-hearted, I would recommend looking into Kirby Squeak Squad.