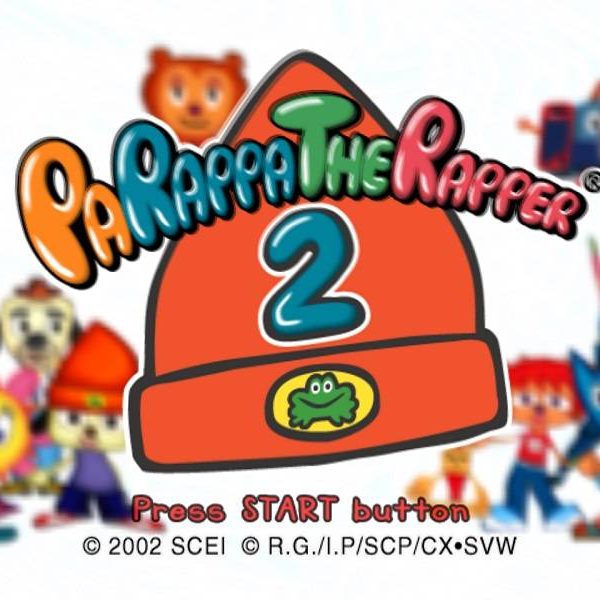 What’s not to love about PaRappa? He’s a puppy that participates in rap battles in the name of love, friendship and family. The PaRappa the Rapper franchise hasn’t been looked at it for years, which is a damn shame. But, I’m confident that most gamers are able to recognize those floppy ears adorned with a bright red hat. I decided to replay PaRappa the Rapper 2 for the first time in over a decade for a couple of reasons. The first was because I wanted to have a better picture of it before reviewing it fairly. The second was because I wanted to see how well the franchise held up over the years. Overall, I had a fun time going through this game again.

The story in PaRappa the Rapper 2 is as silly and whimsical as expected. PaRappa has won a lifetime supply of noodles. At first, having noodles with every meal was enjoyable, but he and the rest of the folks of PaRappa Town are getting sick of noodles appearing everywhere. Even worse? Non-noodle foods are starting to turn into noodles. Something ain’t right. PaRappa is on the scene! He’ll need guidance from his friends, family and some mentors to stop the surplus of noodles. 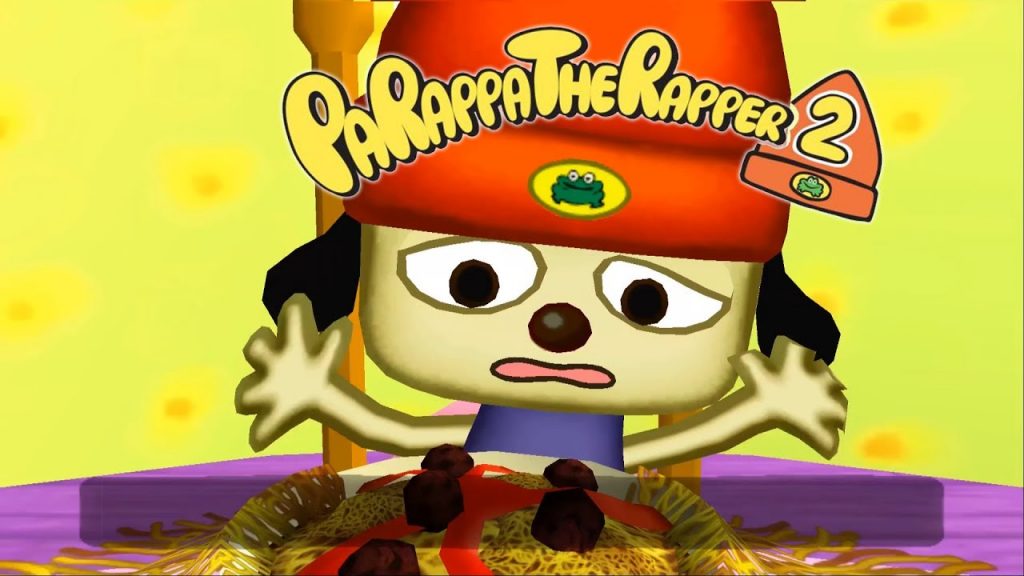 PaRappa the Rapper 2 is divided into eight stages. When you start a stage, parts of the story will unfold. Following this, a boombox named Boxy Boy will let you practice some of the lyrics to the upcoming song. When you pass enough verses, you will proceed to another story event. Not too far behind this event is the rap battle/lesson. Just like the first game, the teacher will rap a verse. On your turn, PaRappa will need to follow the button prompts on the screen. By matching the buttons properly, you’ll earn points and maintain a Good ranking. By improving and adding your own style to the lyrics, you can obtain a Cool rating. Successive Cool ratings let you take control of the stage and free-style the remainder of the song. On the other hand, missing your button presses will result in a Bad or Awful rating. Continuing to fail will result in a game over, and finishing a stage with Bad or Awful will result you in having to do the stage over again. It’s the game play that you either enjoyed or feared from the original game. Personally, I enjoyed it even if, at times, I felt the judging was unfair. An interesting twist with PaRappa 2 is that the lyrics will change depending on how well or poorly you do. Finally, at the end of the stage you might be treated to a bonus game with Tamagi Sensei’s students. Finishing the bonus game will tack on additional points to your score. 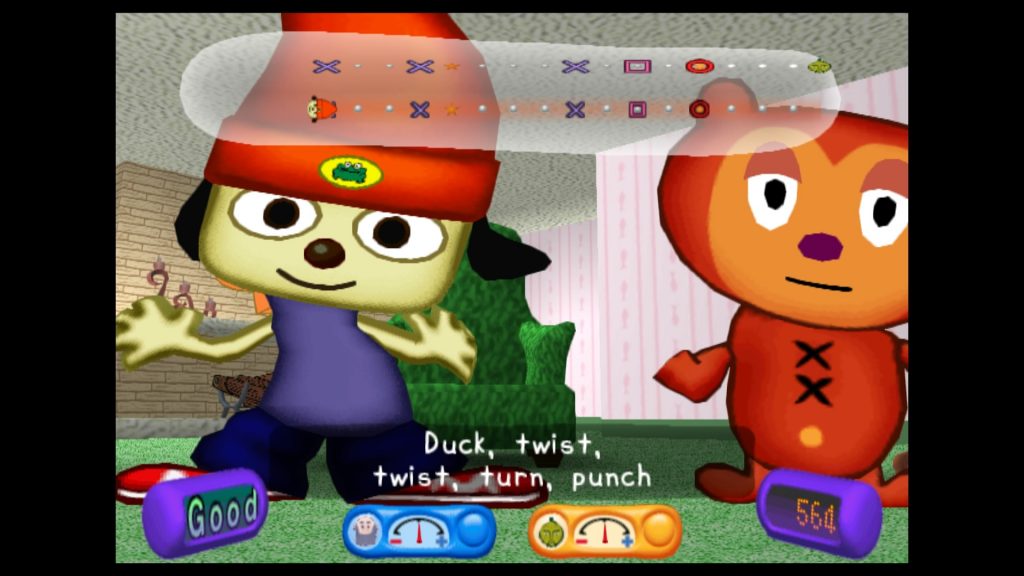 Tamagi-sensei is back, but this time his rap is a bit a different.

For the most part, the graphics in the PaRappa the Rapper 2 are exactly the same as the first title. The unique, paper-cut out 2D style looks just as charming as ever. Some crisper lines and more color splashes separate it from the predecessor. Rodney Alan Greenblat’s captivating style is timeless. It’s always enjoyable to see his creations come to life.

Finishing PaRappa the Rapper 2 doesn’t take long. Even if you mess up here or there, the game can be finished in two to four hours if you want to go all the way through at once. However, the game features a solid amount of extra content that makes later playthroughs fun. Upon finishing the game, PaRappa’s hat will change color. Depending on the color, the lyrics in each stage will change. There are also some additional challenges, a music library, and two-player mode. I know I’ll go back every now and then to earn a higher score or see the new lyrics in my favorite songs. PaRappa the Rapper 2 is a fine game that is best enjoyed in small increments. Take your time with it, and you’ll enjoy it that much more.

Overall, 7/10 – The adorable rapping puppy is back in a more polished, more enjoyable sequel that is easy to learn and difficult to master.