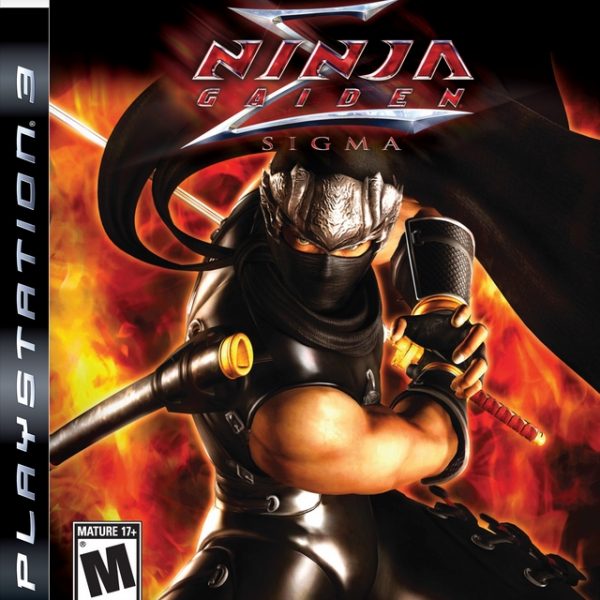 Author’s Note: This review was originally published on January 10th, 2011. Like other reviews around the time, it features “witty” taglines to separate each section.

I might be jumping on the bandwagon a bit late, but I finally had the chance to play Ninja Gaiden Sigma. Let me tell you, my skills were put to the test as a gamer. It’s hard. It’s challenging. It’s everything that any gamer seeking a difficulty level that borders on evil is looking for. Oh, and did I mention that I finished it the first time on the normal difficulty level? No matter which way you look at it, this enhanced port of the Xbox classic is made for the hardcore gamer. Despite it being difficult, the game provides unlimited entertainment and sports some of the sharpest controls, visuals, and compositions a game could offer. If you’re the type of gamer that enjoys excellent games but doesn’t mind getting a gamer over a couple (and by a couple, I mean a metric-crap-ton) of times, then Ninja Gaiden Sigma is the perfect title.

Dragon Ninja of Vengeance.
The last of the Dragon Clan, Ryu Hayabusa infiltrates the Shadow Ninja clan fortress in the mountains of Japan. Ryu is there to visit his uncle, the clan leader Murai. During their chat, a kunoichi named Ayane delivers news of a raid on the Hayabusa village. Fighting his way back to the burning village, Ryu encounters Doku, who has killed the Hayabusa shrine maiden Kureha and has taken the Dark Dragon Blade. Ryu is cut down by Doku, but he is brought back to life by a falcon, the spiritual animal of the Hayabusa lineage. Seeking vengeance for Kureha’s death, Ryu learns from Murai that the raiders were from the Vigoor Empire. Ryu infiltrates an airship bound for the empire on a bloody quest for vengeance.

The story grabs hold of you and doesn’t let go right from the beginning. Ryu will not stop at getting revenge and he’ll tackle any foe he comes across. The story spans 16 chapters and most of the time, you’ll uncover bits and pieces of the story as you reach the end of a chapter. But, the story is not the highlight of the game. Ninja Gaiden Sigma is all about action.

You Got the Goods! You Got the Talent?
The action is non-stop thanks to Ryu’s arsenal of skills. Besides typical ninja abilities like jumping, wall jumping, dodging, wall running, and the ability to rebound off of parallel walls to higher platforms, Ryu has a variety of ninja magic called ninpo. Ryu’s modus operandi is his arsenal of melee and projectile weapons. The go-to weapon is the Dragon Blade, a well-balanced katana that allows Ryu to perform a variety of powerful combos. He’ll also get a staff, flails, a heavy sword, and other weapons that each have their strengths, weaknesses, and uses. Ryu has an infinite supply of shurikens, but he’ll also get a bow and arrow and explosive darts. Most of his weapons can be upgraded at Muramasa’s Shop, which are represented by statues of the blacksmith located throughout the various stages. You can also pick up accessories to boost Ryu’s parameters and items to heal Ryu. All of this comes with a price, of course. Currency in Ninja Gaiden Sigma is Yellow Orbs. Blue Orbs recover energy and Red Orbs recover magic. You gain these orbs by defeating the superfluous amount of foes that come at you.

Ryu has the skills, but the player has to be the one to properly utilize them. The reason why NGS is so difficult is because the enemies don’t mess around. They’ll block, dodge, throw explosives, and swarm at you. Fiendish creatures will breathe fire, teleport, and fly around you. Bosses magnify the difficulty by ten because they’re fast, they leave little room for error, and they love to block. Thus, button mashing is never the way to go for victory in any situation. Every enemy has a pattern and, with the right button presses and weapons, they can be taken out. When facing multiple enemies, you need to properly dodge, counterattack, and maneuver so you don’t get swarmed by a storm of blades. Magic allows Ryu to target multiple enemies in an attempt to get him out of a tight spot. Also, there’s no shame in using items because they’re meant to heal Ryu. Trust me, he’ll need them. The variety of enemies and boss encounters is challenging, but even if you get a game over, you’ll come back for more because NGS has super-tight controls and provides an endless amount of fun. Not only is it fun, but it’s rewarding when you finish off a boss or take out eight enemies with a mighty combo. Ryu’s saving grace is the Ultimate Strike. By holding down the triangle button, Ryu will gather his energy. Once released, the foe at the receiving end will get hit by a flurry of lightning-quick cuts. To make Ryu charge faster, he can absorb dropped orbs from enemies. The Ultimate Strike works wonders against groups of enemies, but relying too much on it will mean a swift defeat.

Ryu will spends most of the time fighting off enemy ninja and monsters. But, there are other things that make NGS fun as hell. Treasure chests are located throughout the world, and they usually contain precious healing items. By collecting Golden Scarabs, Ryu will receive special bonuses from Muramasa. One of the most fun items to collect is the Life of the Gods. When you get nine of these, Ryu’s health increases. Finding a Life of the Thousand Gods will instantly increase Ryu’s health. As a Playstation 3 bonus, the game features SIX AXIS response controls, extra stages and difficulties, and stages that let you play as the fiend hunter, Rachel. This blonde bombshell wields a massive war hammer that smashes foes like grapes. With her own skill set, Rachel allows players to take a break from Ryu. Unfortunately, playing as Rachel can be a downer. She moves slow, and her dodging skills don’t allow her to get by unscathed from hordes of enemies. While Rachel does add some variety to the mix, it’s difficult to adjust due to the fact that she plays so much differently than Ryu.

Ninja Gaiden Sigma plays like a dream. The controls are sharp and responsive, the enemies are rewarding to kill, and the variety of weapons keeps every experience different. Yes, it’s difficult. But, it’s the good kind of difficult. With a vast amount of stuff to collect and multiple difficulty levels, there are many ways to go about getting your much deserved revenge.

Over the Top Overhaul.
For the Playstation 3 version of Ninja Gaiden, the graphics got a complete make over. With the power of the console, there are larger and more detailed textures in the stages and for the characters. Of course, coming from Tecmo and Team Ninja, this means some of the most over-the-top women in a video game. Rachel’s outfit is something no one in their right mind would wear when hunting demons. Not to mention, her rack miraculously stays out of the way of her war-hammer swinging. Still, she looks and moves fiercely, just like the rest of the game. The music has sharper audio and sound quality than the Xbox original. The sound effects and voice acting are spot on and echo wonderfully through the console. Despite some questionable designs with the female characters, the game looks excellent.

Slash ‘Em Up.
Ninja Gaiden Sigma’s 16 chapters, despite being difficult, take only ten hours or so to finish. That doesn’t mean that once through is enough, though. Besides the collectibles you might miss on your first try or the various weapon upgrades, the game features difficulty levels that even the most seasoned gamer will find challenging. Ninja Gaiden Sigma is an enjoyable game from the start to the epic finish. Slashing an enemy into the air and slamming their head down into a finishing piledriver never grows old, especially if it’s an enemy that gives you trouble. If you’re looking for a slashing but challenging good time then look no further than Ninja Gaiden Sigma!