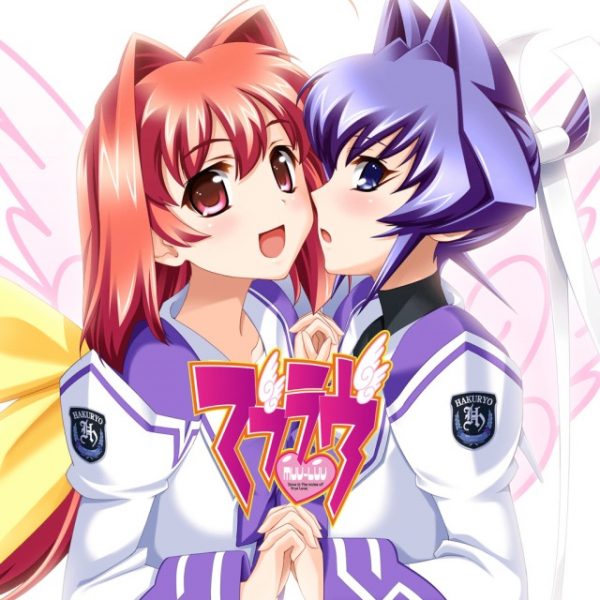 Muv-Luv for the PlayStation Vita contains two critically acclaimed visual novels: Muv-Luv Extra and Muv-Luv Unlimited. For this review, I’ll be looking at Muv-Luv Extra. I didn’t hear about these games until a few weeks before its release. The thing is, the Muv-Luv series has been around since 2003. North Americans are now able to play a localized version of it on their Vitas. Lately, visual novels and/or otome style games have been pouring onto this console. On one hand, it make sense because the production values are low, they’re easy to release, and they have started to find their way into our culture. But, on the other hand, I’m still surprised that something from so many years ago made the cut. There have been mountains of visual novels released since 2003. What separates Muv-Luv from the rest? I’m not sure; but I’m glad I picked it up. Muv-Luv Extra will appeal to all fans of visual novels.

So, you’re probably wondering Muv-Luv is about? With a name like “Muv-Luv”, I had zero ideas on what to expect. While it’s written in katakana as マブラヴ (pronounced mah-bu rah-bu), taking it a step further shows that the “muv” syllable comes from 真 and the “luv” syllable comes from 愛. Together, these kanji can be interpreted as “true love.” Indeed, love is at the forefront. The game puts you in the role of Takeru Shirogane. Takeru’s last year of high school is upon him. He plans on treating it like any other year by playing video games, spending time with his close friends, and doing what he needs to earn a passing grade. Takeru’s best friend is Kagami Sumika, a girl with fiery red hair and a temper to match. Kagami’s morning routine involves heading to Takeru’s house and yanking the covers off of him to get his day going. On a day that was supposed to be like any other, Kagami yanks the covers to find that Takeru is in bed (clothed, of course) with a beautiful girl named Mitsurugi Meiya. An heiress to a multi-million dollar company and a proud believer of Bushido, Takeru’s life is about to be turned upside down by this new company and the drama that will follow with his familiar friends.

Muv-Luv Extra’s story is an absolute delight. Takeru has a personality that is easy to relate to and serves as a good foundation for a visual novel. Like other visual novels, Takeru can attempt to romance one of five ladies to reach a certain ending. Obviously, Kagami and Mitsurugi are two choices. However, there are three other girls in his class that can end up with him. The interesting thing about two of these girls, Chizuru and Kei, is that their routes are more serious. The first time I played Exta, I opted for Chizuru and was surprised by her layers, secrets, and insecurities. But, no matter who you select, you’ll be routing for Takeru. I can’t count the number of times I shouted “Kiss her, dammit!” at my Vita. You will want Takeru and his choice to live happily ever after.

Something that I immediately resonated with in Muv-Luv is the presentation. It represents a type of anime I find the most visually appealing. Characters have huge, colorful eyes with even huger, more colorful hair. Hairstyles defy physics and grow to absurd lengths. Outfits are stylish and sleek. Faces are bright and expressive. This is the most beautiful visual novel I have ever played. The great thing about the presentation is that characters have multiple poses, move their to their words, and move this-and-that way about the screen. They’re more than just talking heads. To go along with this excellent style is a beautiful soundtrack. Again, fans of anime from the time Muv-Luv was first created will get the most enjoyment from it. The songs are usually upbeat and fun, but there will be times an emotional track get thrown in to reflect the mood. Muv-Luv is entirely voiced in Japanese.

Other than advancing text with the X button, there isn’t much gameplay in Muv-Luv Extra. Finishing one route can take anywhere from five to eight hours. It’ll depend on how quickly you read. After going through the game once, you will unlock a gallery. The more routes you finish, the more of the gallery you’ll unlock. It’s standard stuff. The main draw to Muv-Luv Extra is the story, but beautiful artwork and style really set it apart from its competitors.

Overall, 8/10: With a story that is easy to relate to and gorgeous visuals from a bygone era, Muv-Luv Extra is a wonderfully charming visual novel that puts the “luv” in true love.