Lastation needs a hero. Noire is on the scene in a simple but fun strategy game. 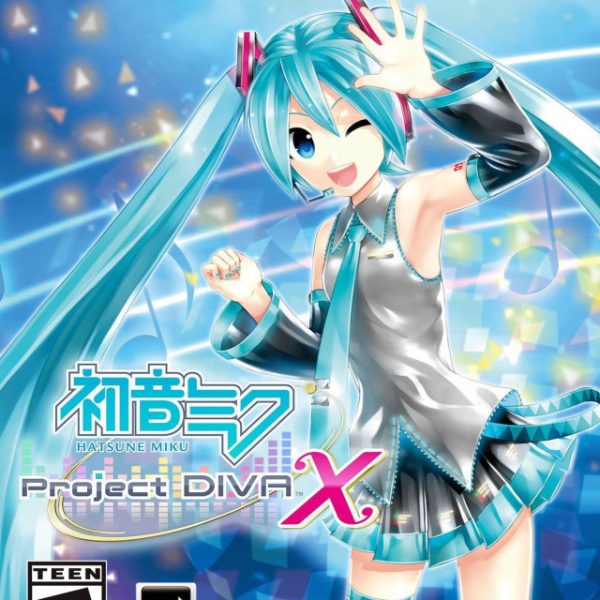 Have you ever played a game that you walked into with cautious optimism? That was my approach with Hatsune Miku: Project Diva X. Despite not paying attention to “professional” review sites, word got back to me regarding PDX having a miniscule soundtrack and a terrible style of game play that required more grinding and luck than an MMORPG. But, as a huge fan of Vocaloids, I decided to check out this title and see if it was a bad as everyone said. I’m glad that I was cautious when I started my journey with Project Diva X because this is the worst game in the series that have been released outside of Japan. Fans of Miku and the rest of the Vocaloid crew will experience slight enjoyment for a minute, but they are nothing like the experiences from Project Diva f and Project Diva f 2.

Something that will immediately catch fans of previous games off guard is the fact that this edition of Project Diva has a story. Miku and the rest of the Vocaloids have noticed that clouds representing various styles of music have started to lose their light. In order to restore these clouds to their former brilliance, the Vocaloids need to sing songs to generate Voltage. The Voltage that is acquired through their singing will slowly restore the clouds’ luster. This light-hearted story, plus the dialogue that accompanies it, is a refreshing change of pace for the series. It’s great seeing the Vocaloids have more personality. As you generate more and more Voltage for the various clouds, Miku and the rest of the gang will continue to show more relatability as they interact with you and each other.

But, the main focus of Hatsune Miku PDX is to enjoy stages and songs performed by Miku and the rest of the Vocaloids. If you played PDf or PDf 2, then you should know what to expect. As the Vocaloid performs his or her song, outlined images of the PlayStation’s four face buttons will appear across the screen. Colored versions of these buttons will then fly towards their designated outlines. You need to time the button press each time a colored button matches the outline, indicated by a timer moving clockwise. For those that play the Vita version like me, you will also utilize the Vita’s control sticks to time star shaped icons. Some notes need to be held, others require the push of both a face button and a directional button. New to the game play are the Rush Notes, which require you to mash a face button as quickly as possible. They’re a minor but welcome addition.

Most of the time, you will be performing these songs in Live Quest Mode. Each song has a variety of challenges associated with it. As you’re timing your button presses and watching the Vocaloid sing their heart out and dance with impressive choreography, you’ll notice that a meter is slowly rising on the bottom of the screen. This goal of each challenge is to acquire a certain amount of Voltage. By completing these challenges, the clouds will earn more and more Voltage. Once a certain amount of Voltage is gained, you will unlock more challenges. This process goes on and on until you reach enough Voltage for each of the five clouds (Classic, Cool, Cute, Elegant and Quirky) and unlock a final song. Actually, the term “song” isn’t appropriate since it’s actually a medley. Each cloud only has five songs and one medley, for a total of only 30 tracks. While some of them are great (Raspberry Monster, Lots of Laughs, Urotander Underhand Rangers to name a few) the need to perform each song and/or medley over and over will easily try your patience.

Near the end of a song, you will enter Chance Time. Successfully completing Chance Time will cause your leading Vocaloid to put on a new module in a shojo inspired flash of colors. These are entertaining at first, but again, you will need to do this over and over in order to unlock new modules since you are relying on RNG. While the modules are a fun way to change things up, they also add bonuses such as increased Voltage, chances of better rewards at the end of a song, or extra points after a certain amount of note combos. Unlike the previous Project Diva titles, there are no points that act as currency. Modules, accessories, and gifts are at the mercy of randomness. This completely new structure of game play is one I do not care for. I really enjoyed getting a massive amount of points after completing a song on Extreme in previous titles. It felt rewarding to know that you passed a song in which notes were flying from every which way and you could use your victory to purchase something. Now, completing a song on Extreme does not feel as rewarding since you aren’t granted points to make purchases. In fact, as long as you reach a certain number of Voltage, then you will have “passed” the song. While there is a Free Play mode, there are no rewards granted upon a song’s completion. Nearly everything that you used to be able to buy is now only available through completing a song in Live Quest Mode. If you’re not lucky, then you’ll have to replay songs constantly until you get a desired module, accessory, gift or decoration.

At least the graphics remain the same. Miku and the crew look fantastic on the Vita’s screen. With a ton of modules and accessories to unlock, seeing them during a performance can be a treat. One of my biggest gripes about Project Mirai DX on the Nintendo 3DS was the lack of fun choreography; I’m happy that I can see them bust out some moves again.

Aside from Live Quest Mode and Free Play Mode, you can participate in Edit Mode, Concert Mode and more. Once again, you are able to raise your friendship levels with each of the Vocaloids by giving them gifts. Even though there seems to be plenty to do in Hatsune Miku: Project Diva X, the game is severely padded by repetition. I can only listen to my favorite songs so many times before they start to annoy me. Unfortunately, for those that want to unlock everything, they will have no choice but to do this. Trophy hunters are looking at close to 100 hours of game time. It could be more or less depending on your luck. For those that just wish to play a new Vocaloid game with a different selection of music, then PDX is worth checking out. Those that wish to recapture the same experience from the first two Project Divas are going to be severely disappointed due to X’s small selection of music, monotonous game play, and various changes made to the game play’s core. Project Diva X is still a fun Vocaloid game, but it’s the worst of the bunch that have been released in the states so far.

Overall, 4.5/10: A story about saving music and the addition of some new game play features aren’t enough to save most Vocaloid fans from the boredom and repetition that Hatsune Miku: Project Diva X offers.