Wayfarer of Time reminds me why I love RPGs so much.

Let’s rock! Except for this time, we can rock on the go! 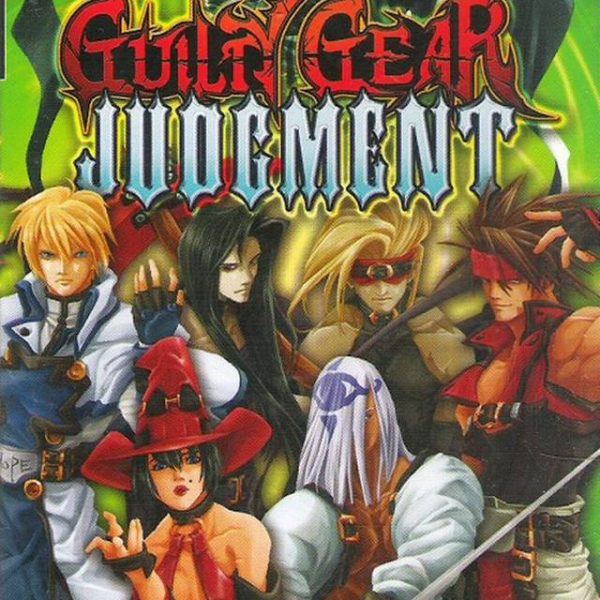 Author’s Note: This review was originally published on September 26th, 2006. It wasn’t long after I started playing this that I realized the PSP wasn’t meant for fighting games. But, my Guilty Gear fanboyism clouded all reason.

Guilty Gear is that fighting series that will probably never get the recognition it deserves. Sure, you’ll see it being played at the anime conventions or the occasional hard-core gamer’s house (myself included…what?) but when put next to Capcom or SNK, it doesn’t get the credibility it deserves. I’m not sure if Guilty Gear Judgment strives to fix that problem, but it is definitely a game that should be checked out by all fans of the fighting genre. Since it is so appealing, perhaps it did try to fix that problem. Either way, GGJ is a great game that PSP owners and fighting fans alike should pick up.

What makes the game so appealing is that there are actually two games in one. The first is Guilty Gear Judgment. This is a Double Dragon, Bad Dudes, Streets of Rage type of game where you chose your character and go through various levels kicking the crap out of any enemies that hop on screen. Unlike other games like this, however, it is essential in forming super long, super powerful, and superfluous combos. Building up powerful combos not only is the key to dealing damage, it’s self-satisfying because you are able to lay waste to a group of enemies with kicks, punches, slashes and special attacks. At the top of the screen under your health bar you have the Tension Bar that fills as you continue to attack. If that bar reaches MAX, you can perform a BURST, which allows you to regain back some of your life meter. While walking along the stages, your character can pick up health items, Tension Bar items, and other trinkets that help your score. You are only able to start with a hand-full of the Guilty Gear cast, but as you progress you can unlock new characters to fight with you. There is also a secret character to unlock. Besides the normal story mode, there is an excellent 2-player mode and an intense survival mode.

The normal story mode can get a bit repetitive at times, and it can even be frustrating because some of the bosses are relentless. During the boss fights against immobile bosses, you have to watch everywhere you step…otherwise you’ll be losing your life meter quicker than you can say, “Oh no! I’m losing my life meter!” But seriously, some of the boss fights can be frustrating. Since the entire game has some annoying load times, losing to a boss is frustrating on that account, as well. However, one can view this as a challenge. I know I did. If you’re looking for an easy game, I suggest look elsewhere because GGJ can be very unforgiving, especially during the story mode bosses. Oh, and I should mention that this was during the Normal difficulty setting. I can’t imagine how things would be on a harder setting! Don’t get me wrong because the game is nearly effortless to pick up and play, it’s just that some of the fights will test your skills for all they are worth.

I keep mentioning story mode, so obviously there has to be a story. Well, yeah there is but it’s hardly worth talking about. On some desolate, isolated, European island there have been several outbreaks of mutant creatures. The cast of Guilty Gear is the on the scene, each person searching for bounty, adventure, or both. You’ll end up discovering the cause of all the mutations and what not, but you really won’t care because GGJ is all about action with just a hint of story.

The second game is a port of the Playstation 2 fighter, Guilty Gear X2. If you’ve played the game on the PS2, you’re going to be playing the exact same thing. Other than the fact that the control pad is difficult to use for some of the moves, the game plays just as great as it did on the PS2. Again, GGX2 features a variety of modes. There is arcade, MOM, practice, and survival. The game features various levels of difficulty, and comes with all of the characters from the PS2 game unlocked. This saves you the trouble of attempting to unlock some of the characters. There isn’t much more to say about GGX2. It’s a fast, intense fighter with some of the best fracases around, full of crazy characters in an anime setting.

Speaking of anime, this game features some of the best 2D anime graphics I have ever seen. Once again, the gorgeous PSP screen pulls through and delivers an awesome graphical experience. In both games, you are treated to a variety of costume color changes for the characters. In GGJ there are plenty of colorful monsters and some very interestingly designed bosses. The fighting areas look just as great, and in GGJ there are various things you can interact with and break. Both games are a real treat to the eyes. Alongside the splendid graphics is a rock out with your you-know-what out soundtrack. Literally! The songs are heavy metal rock and roll and all of them will have your head banging and speakers bumping. The latter, of course, occurs if you have your PSP set up to some amp system, but you get my drift; the sound track is rocking. In the audio and video department, the game delivers full-force.

After you clear GGJ as one character, there is no doubt that you’ll be coming back for more. The same can be said about GGX2. Needless to say, replay value is certainly abundant in this title. However, there is one HUGE flaw in this PSP title: transition. When you finish off playing a few stages in GGJ, you may decide to go to GGX2. The problem is that the moves and even some of the control schemes are executed differently in both games. For instance, my favorite character is I-No. Playing as her in GGJ was effortless. However, the way I play as her in GGX2 is quite different due to the fact that the controls for her special moves are different. My point is that making that jump from GGJ to GGX2 is very difficult due to the fact that combo execution and special move execution are different. I’m not sure why the special moves are executed the same way. It will forever be a mystery.

Despite this huge flaw, Guilty Gear Judgment is a fighting game that should not be missed, whether or not you’re a fan of the series. It’s a solid title with a fervid character cast, and some of the best controls, graphics, and music a PSP owner could ask for. If you’re looking for a game that is effortless to pick up and play yet nearly impossible to master, all while you’re kicking the living day-lights out of everything, then this is the title for you. Let’s rock!