Let’s rock! Except for this time, we can rock on the go! 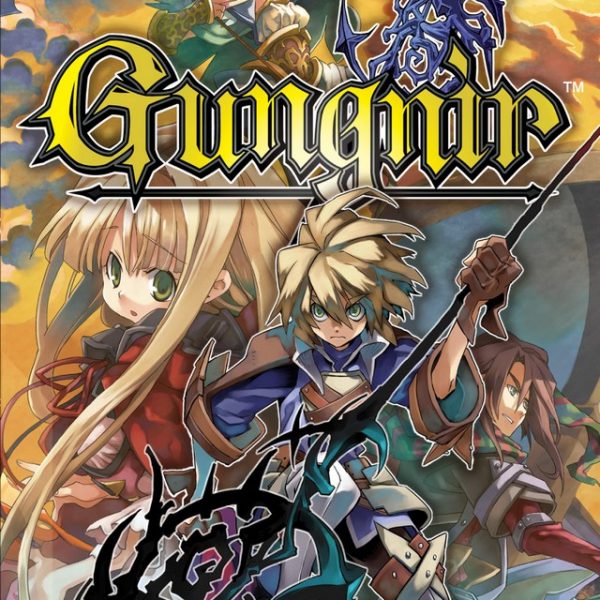 Author’s Note: This review was originally published on July 25th, 2012. Afterwards, a topic claiming that I didn’t know I was talking about appeared on its board. It was amusing, but also heartwarming to see such an obscure game get so much support.

Never let it be said that I don’t support underdog video games. If it’s obscure and unheard of, chances are I’ve played it and, more than likely, enjoyed it. The genre that has the most of these also happens to be my favorite. You guessed it: the RPG genre. So, when I heard that another RPG in Sting’s Department of Heaven series was getting a release here in the USA, I was excited to try it out and show support for the little guys. Gungnir is a unique game that only the folks of Sting could create. However, the creativity, story and characters are hard to enjoy when you have to deal with mechanics from the genre that haven’t been seen since the late 1990s. Gungnir is its own worst enemy because it attempts to combine modern and classic implementations to find its way to greatness. Unfortunately, not everything from the classic era is worth re-using, and not all new ideas are good.

The story of Gungnir revolves around a movement called Esperanza. Esperanza is a resistance that fights for equal rights against the tyrannical Gargan Empire. At the forefront of Esperanza is Giulio, the son of a legendary hero. Giulio and his comrades rob a carriage and inside, find a woman named Alissa. While her origins are unknown, Giulio and Alissa become irrevocably involved with each other. Even stranger, Giulio comes face to face with a woman from another world who tells the boy that he is the heir to the mighty spear, Gungnir. It’s a story that combines the dark arts, slimy scoundrel rulers and enchantment as only a Department of Heaven of title can deliver. Gungnir is a classic tale through and through, and certain characters have much more depth than you’d think. Gungnir is also a very depressing game. People will die left and right, and Giulio, despite being so young, will have to face death on multiple occasions. Don’t let the cute art fool you. Much like Yggdra Union, this is a story not meant for the faint of heart.

Giulio’s story is intriguing and has some shining moments, but the game’s biggest problems cause you to not care about him or his friends. Playing Gungnir is a chore for a variety of reasons. First, we have the awful menus in the Camp Screen. They’re messy, jumbled, confusing and unintuitive. It’s as though the creators haven’t been paying attention to how simple yet important menus can be and made an amalgamation of madness. While they’re not enough to make the game unplayable, they’re enough to make you frustrated enough to forget about equipping a weapon or performing some of the other options in the menu screen, such as weapon enhancement and alchemy. These two features are simple but fun, and a good way to improve your equipment. Other things you can do in the Camp Screen are recruit non-story related characters for a huge sum of money and save your game before the next battle.

Ah, the next battle. What will happen? Who will Giulio and his friends piss off this time? At the start of the game, battles are typical of what you’ve come to know and love about SRPGs. You start with selecting an Ace, who kind of acts as a leader for the battle. If the Ace dies, the game is over and you have to start the battle from the beginning. Also, if you don’t end a battle in a certain amount of time, the game is over. Aces not only act as a leader, but they grant minor bonuses to certain classes. Battles in Gungnir are an unfortunate mixture of Hoshigami and a typical SRPG. Similar to Hoshigami’s RAP system, there is a countdown for your team. While your enemies have designated turns as indicated by the screen below, you can pick to move whomever you want once the countdown on their head is at zero AND it’s your turn to move someone again. This can be good when you want to have your favorite character take more than one turn in quick succession. However, abusing this will cause this character to lose HP. So, you have to plan accordingly. At first, I thought this was a neat idea. However, the problem will arise when you realize, “Crap! I forgot about my other characters!” who will be, undoubtedly, at the very beginning of the battle field. Not using other characters means they can’t use their weapons, which gain new skills with more use. Furthermore, they’ll miss out on valuable experience points which will, obviously, level you up.

As you continue with the story, you continue with gaining new features. Boosts occur when you have friends adjacent to you, and will allow your attacking character to get some assistance. Beats occur in the same way, but are mighty team attacks. Using Boosts and Beats requires Tactics Points, which build simply by moving around the battlefield. The bad thing about these is that they can be quite finicky, and even worse, your opponents can perform them with devastating results. The Tactics Bar can also be used to invoke the power of Giulio’s sacred spear: Gungnir. While a solid weapon in its own right, Giulio can summon Einherijar to the battlefield and blast apart anything that looks at him funny. The downside to this? You can never predict who the Einherijar will attack. There is no reasoning as to why both friends and foes will get hurt by these massive attacks. It’s kind of like the high level attack spells black mages have in Final Fantasy Tactics. They’re quite powerful, but they are slow to use and cannot distinguish friend from foe. They can only be used once per battle, too.

Overall, Gungnir’s battles showed bountiful promise at first, but the further you get into the story the more demanding the game becomes. Treasure chests need to be hit at least three times before they can get opened. Given the mechanics of the battle system, chances are an enemy will reach the treasure before you. Furthermore, enemies have a tendency to call reinforcements more often than you’d like. Killing them will likely yield more to replace them, so it can get annoying when that happens. Characters can lose a turn if they fall too far from a ledge. While amusing at first, especially when an enemy does it, it will make you slap your forehead in annoyance when you do it yourself. Trust me; you need to pay attention to the way you move your team. As is typical in many SRPGs, your team is always starting at the bottom of the map and you have no choice to but to progress upwards towards the enemy Ace in an attempt to defeat him/her before the time runs out. Status ailments are a HUGE pain in the butt, and it’s very easy to get your team knocked off the battle field due to a rapier using enemy. Seriously, you can “ring out” your foes like they do in games such as Soul Calibur or Virtua Fighter! Nothing is worse than having to see your Ace get knocked out of bounds by a jerk wielding a rapier and having to start the entire battle over.

Enough of that. Let’s move onto something Gungnir does better. The presentation of Gungnir is what you’d expect from a Sting RPG. The sprites are colorful and expressive, but they’re supported by rather uninspired portraits during every dialogue sequence. There is a lot of business going on, too. Every scene has so much “stuff” and it’s really neat to see Sting’s style is still around. The music and sound are lacking, and there isn’t any voice acting. This is a shame, because Yggdra Union had some epic music and some wonderful voice acting. The effects of battle skills and magic are snazzy; showing off the clarity of the PSP’s gorgeous screen. Aside from the portraits and lack of an inspiring OST, Gungnir presents itself well.

This is why it’s such a shame it doesn’t play well. When strategy games get too demanding and end up taking the fun away, you’re left with something you’re dreading to play. No game should be like this. Even if the menus remained as ugly and jumbled as they are now, Gungnir would have been a blast if the battle system got tweaked properly. The surplus of small errors added up exponentially and it made Gungnir one of the more annoying games I’ve played in a while. As a fan of the Department of Heaven games, you should still pick up Gungnir just to see a new chapter in the saga. Be sure to play the game on the easiest difficulty, because playing it on the difficulty that claims to be for “experienced strategy game players” is completely false. No matter how many times you’ve finished the most grueling strategy game, Gungnir is the type of game that will overlook experience and strategy and attempt to screw you over time and time again, be it in a series of boss fights or an enemy taking away a treasure chest you worked so hard to open. If you decided to stick it out, remember what you’re getting yourself into and you just might enjoy Gungnir more than I did.