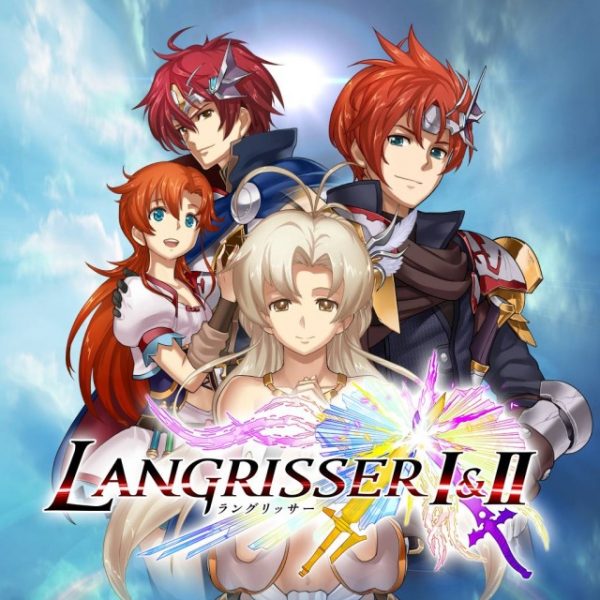 There are two essential things one must do before starting the remastered versions of Langrisser I & II. First, flip the cover art so Satoshi Urushihara’s artwork is on the front. Second, change the in-game graphics from Remastered to Classic. Then and only then you can start your journey. Jokes (sort of) aside, Langrisser I & II for PlayStation 4 and Switch might feature remastered gameplay, but the game’s look should have been left untouched. It’s a minor yet personal gripe, but that doesn’t stop both games from being any less fun. This is an excellent collection of two strategy games for those new to the world of Langrisser.

Langrisser I puts you in the royal shoes of Prince Ledan. Ledan’s life in Baldea Castle is interrupted when Kaiser Digos of the Dalsis Empire breaches the castle walls hoping to find the legendary blade, Langrisser. Digos is joined by an imperial sorcerer named Sar Galious. The odds aren’t in Ledan’s favor, but he manages to escape with some of his friends. His new mission is to find Langrisser before the Dalsis Empire. Langrisser II (best enjoyed after finishing the first game) features a young traveler named Elwin and his friend, a mage-in-training named Hein. The two comrades pass through Hein’s small town for a rest, but their break is cut short when knights of the Rayguard Empire assault the village hoping to capture a shrine maiden named Liana. Elwin and Hein get wrapped up in a massive conflict that could potentially reshape the continent.

Both games have excellent stories that start off as standard good versus evil sagas but turn into much more. I say “much more” because both games have branching paths that lead to a horde of different routes and endings. This is especially prevalent in Langrisser II. I usually don’t care for games that do this but the Langrisser series is so well-written that it makes witnessing the results of your different choices enjoyable. The characters are another aspect of the game that shine. You really get to know and care for the members of your team. Some of the routes will leave you infuriated because it means permanently waving goodbye to some of them.

Langrisser I and Langrisser II play the same. They’re strategy RPGs that follow the formula of story event, then a battle, then a story event, then a battle, and so on. On the world map you can shop for new equipment, outfit your team with gear and passive skills, change their class with Class Points earned in battle, save the game, and get a preview of the next battle. This remastered version allows you to replay old maps with your current levels and equipment but doing so puts you back to that point in the story. For example, if you wanted to revisit the map in Chapter 1 but you’re currently on Chapter 8, then you would have to replay all the chapters leading to the eighth chapter. You can’t hop back and forth. It’s a bit tedious, but the good news is that both games are on the easier side. It shouldn’t take too long to blaze through the enemies and get back to where you left off.

Combat is always enjoyable. At the start of a battle your squad can hire different types of mercenaries. The neat thing about mercenaries is that they’re useful for being cannon fodder for your main characters and any experience that they get is transferred to the squad leader. The multitude of mercenary types each have a strength and weakness. It’s fun figuring out which ones work best with your team. Magic users do well with heavy knights or archers. Gryphon riders do well with other flying units. Usually near the end of either game, you can skip hiring mercenaries since the main units becomes so powerful. Other than this, the game uses a standard player turn/enemy turn system. When one of your units is in range of an enemy, you can launch an attack. Magic must be cast before moving. Also, you’re unable to move after performing an action. I had some worries before going into this collection about the battlefields being too crowded. Even if every member of your team hires the maximum number of mercenaries, battles move swiftly thanks to some handy quality of life features. The most useful one is being able to skip all battle animations. It shortens a slugfest that what would have been an hour-long to fifteen minutes. When the battle ends the character with the most kills will gain bonus CP.

Both Langrissers are enhanced with colorful presentations, killer soundtracks, and a script voiced entirely in Japanese. I mentioned a bit about the option of having the graphics showing in generic remastered mode or superior classic mode. The sprites look goofy, but the attack and magic effects look lovely. The soundtracks are filled with anime inspired music from the early 90s; perfectly fitting for the game’s mood. Noriyuki Iwadare’s style is in full force. The voice acting is solid. Even the generic enemy soldiers deliver their lines well.

Langrisser I took me about nine hours to finish. Langrisser II took just under fifteen. These lengths are perfect for a first run. However, those that wish to see every route and ending will be looking at much longer play times. This means that Langrisser I & II has something for everyone. It’s hard to fault these games for anything since I never stopped having fun. Sure, some of the battles may have reinforcements pop up at an inconvenient time. Replaying some of the maps to fulfill certain hidden objectives can be frustrating in Langrisser II. PlayStation 4 players will have a heck of a time obtaining the platinum trophy. Otherwise, I highly recommend Langrisser I & II to strategy RPG fans. This collection is a great way to reintroduce this hidden gem of a series to the west. Here’s hoping that we see later entries in the series.