Siren provides equal amounts of scares and annoyance; only the most devoted fans of the genre will find something enjoyable with it. 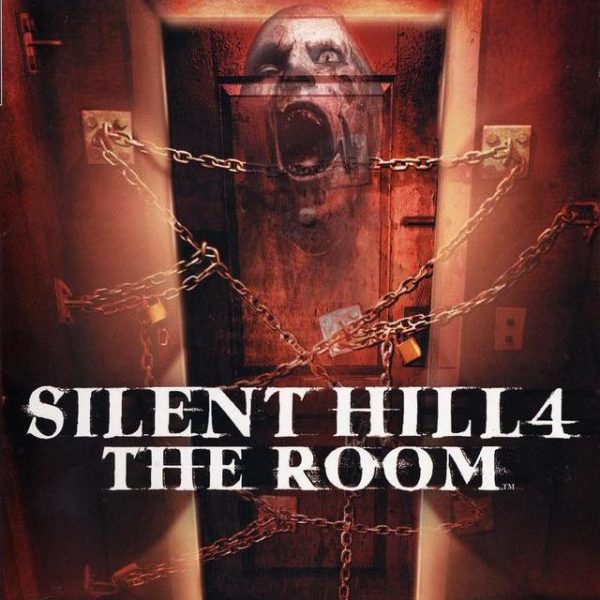 Author’s Note: This review was originally published on May 16th, 2007. I’ve always had an admiration for the Silent Hill series and the way it handles psychological horror. Today, I rank the Fatal Frame/Project Zero series as the “number one survival horror series.”

Silent Hill has always been the number one survival horror series. Where Resident Evil tries to startle you, Silent Hill tries to scare from the inside out when they mix bizarre monsters, visuals, and areas with an awesome story. Silent Hill 4: The Room does the same. However, staying true to the genre, this game features some very awkward and clunky controls. Is the story worth it? Overall, yes, but there will be some struggling to deal with.

The biggest of these struggles is controlling your character. Moving isn’t a problem, but when you have an AI controlled NPC following you, then traveling becomes a chore. When going alongside an NPC, you will be running into it constantly when you try to run away from the ghastly demons that are trying to end you. However, you can’t run too fast or you will end up leaving the NPC behind. Maybe Konami wanted players to be exercise some patience, but I did not take well to these clunky controls. Actual combat, while not rewarding in any sense, remains true to Silent Hill nature. There are a variety of melee weapons you will obtain, as well as some firearms. By hitting the shoulder button, your character will enter a ready stance and you can then hit X to start attacking. Unfortunately, you have very limited item space. Holding only eight items becomes very tedious, very quickly. You are unable to leave items anywhere you like, either. Instead, you have to go back to your chest and put everything you do not want to carry inside.

When you go back to your room, which contains this chest, you are treated to a Silent Hill first: first-person perspective. I found this to be a very cool idea. You get a far better look at your surroundings, and examining all of the bizarre objects in the room brings the experience more to life.

So, who is this character you have to control, anyways? He is Henry Townshed and he brings us to my second struggle with this game. You learn very little about these dull, bland, and boring characters who are considered the main characters of this story. It would have been very welcoming to gain more insight about Henry and the other people he encounters. On the other hand, the villains of the story were some of the greatest I’ve seen in a game.

Now, these characters, heroes and villains alike, participate in one of the most creepy, horrifying stories of all time. Our hero Henry has been living in Ashfield Heights Apartments in room 302. For a while, he’s been loving his new life. However, five days ago he had recurring nightmares, headaches, and his entire room has been chained together. There is no way he can escape! What is Henry to do? Well, a hole all of a sudden appears in his bathroom. Henry climbs into the hole to find a bizarre and twisted, Silent Hill related, world of nightmares. Just what is going on? Answering these questions will leave you on the edge of your seat! The story is half Silent Hill related, and half new material. This may turn off die-hard fans because all of the tale does not take place in Silent Hill, but the point of this series is to create haunting stories. Silent Hill 4 does this.

Equally haunting as the story are the visuals. The monsters will scare the bejeezus out of you. From creepy two headed babies walking on giant hands to ghosts that move like snakes, monsters will run amok and creep you out. Not all monsters can be killed. Ghost enemies can be stunned, but they never die. Furthermore, they are very dangerous because they cause Henry’s life to get drained and the screen itself becomes grainy. Similar to the radio effect of previous games, ghosts will let you know when they’re in the area. The rest of the enemies can be killed normally. After you smack them down, a good step on the face will finish them off for sure. Watching them squirm is quite satisfying. It is also satisfying to travel through the most grotesque regions in any video game. Blood covered walkways, decaying walls, and crusty alleys filled with trash will be everywhere you look and bring more horror to this game. The sounds do the same, with a creaky floor boards and moaning monsters. The voice acting could use some serious work, but other than that the entire ambiance of the game does a great job in scaring you silly. The sounds that the ghosts make still make me cringe! There is very little music in this game, but having no music adds to the atmosphere of the environments you encounter.

While the story does have multiple endings, getting one of them will take you about nine hours. There are multiple difficulty settings, but the main reason I played the game was for the story. Thus, you can easily beat this game in one rental. I know I’m not going to play it again because when you’ve seen it once, you’ve seen it enough. Even with the extras available, there is little reason to go back for more. You may have to put up with some crap controls at times, but the main goal of Silent Hill 4 is accomplished. This goal is to scare you silly with a gruesomely told story. Action game fans should not look here, but those who are fans of the Silent Hill saga and those who enjoy horror games will be pleased with this title. Just don’t stay locked up in your room for too long. You never know what craziness could happen as a result!