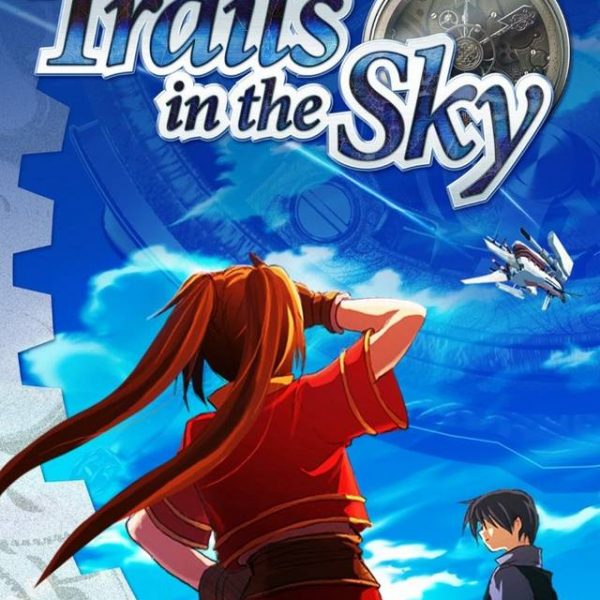 Author’s Note: After this review was originally published, my inbox was flooded with scathing messages claiming I had no idea what I was talking about. Some messages literally begged me to give the game another chance. It’s for these reasons that this is one of my favorite reviews.

An RPG full of hype. A quest that spans over 50 hours of game play. A setting so immersive that you’ll feel as though you were sucked into an entirely new world. A battle system that combines strategy and quick thinking. It has been voted one of the top ten PSP games of 2011. According to 1UP.com, “Trails in the Sky has a reputation of among importers for being a huge, well-told tales full of meaty combat and great characters.” I wanted to believe it. Unfortunately, none of this was so for me in The Legend of Heroes: Trails in the Sky. Sure, unlike the Gahgarv Trilogy, this part of The Legend of Heroes has a solid XSeed translation and a bit more to offer in terms of content. But it’s not enough. Slow story telling, loquacious conversations and combat that is still just as dull as before ends up making The Legend of Heroes: Trails in the Sky just another RPG; one that isn’t very good.

The Legend of Heroes: Trails in the Sky tells the story of Estelle Bright, her adopted brother Joshua and their coming of age as full fledged Bracers. Bracers act as makeshift policemen that help citizens of the world with their issues. Estelle’s father, Cassius, is a world-renowned bracer. Thus, it makes sense for his daughter to follow in his footsteps. Trails in the Sky’s introduction has players guide Estelle and Joshua through their final exam and start helping the people of Rolent. From that point on, you slowly start unravel a plot that involves dark politics and war. Very, very slowly. That’s the problem with Trails in the Sky. It’s slow. Getting to the nitty-gritty takes hours on end. Part of it is due to pacing. The other part is due to the fact that these characters have a knack for not shutting the hell up. Example: early in the game, a side-quest has you searching for a child’s missing quartz. You find the quartz and before you know it Estelle and Joshua go into a three to five minute conversation about it. It was as if the developers were trying too hard to give the characters depth and personality. Seriously, shut up and start world saving! By the time the plot starts to develop, I had enough of Estelle and her crew. As a main character, Estelle is great. She’s spunky, cute and full of positive energy. Everyone else paled in comparison to her. And most of you know that I love it when video games star a female.

It just isn’t enough. The battles in Trails in the Sky aren’t enough to keep me interested, either. In the menu, you can set your characters where you please on a 7×5 grid. Coming into contact with a foe on the world map let’s a battle begin. One of my hugest gripes about this is the fact that enemies are hard to see. They’re tiny enough that you’ll be moseying along and before you know it, you’ll be caught in a battle. Or worse, they’ll get you from behind. The combat itself takes place on a 17×17 grid. While traditional turn-based combat, Trails in the Sky features that awful and annoying range system seen in the Gahgarv Trilogy. Thus, attacking means you may just walk to an enemy but be just far away enough to waste your turn. You can do more than attack, though. You can use magic, unique skills and items. As characters accumulate energy, you’ll build up CP. The CP (maximum 200) is what allows your characters to use their special skills. When you get enough CP, you can push a character’s turn ahead. Doing so uses all of your CP, though. On the left side of the screen is the turn order. Often times, you’ll see that bonuses are attached to the character face icons. These include healing energy, increased attack power and critical attacks. Thus, using your CP can grant you a bonus that the enemy would otherwise get. Battles are a bit more exciting than they were in the Gahgarv Trilogy, but again, not enough. My biggest gripe isn’t that they are slow, it’s that they aren’t rewarding in the slightest. A difficult battle yields very little in terms of rewards. Since battles (and optional side-quest battles) are a necessary evil to advance the plot, it just adds to the boredom. Battles have more to offer than they did before, but their features don’t make them any more fun. Especially with advancing the plot.

To the game’s credit, towns and dungeons are much more expansive and have some fun stuff. Other than regular shops for your sundries, there is the Orbal Factory. These are where you use sepith crystals, earned from battle in lieu of money, to open slots on your character’s orbments or create new magics. The Bracers Guild is where you can take up jobs. Those are the atypical things in the towns. Like the cast, the NPCs have tons of stuff to say. I appreciate talkative NPCs, but remember the desire to move the story forward. Chances are you’ll want to pass them by and find your next destination.

The Legend of Heroes: Trails in the Sky is a beautiful looking game. If you were a fan of the look in the Gagharv Trilogy, you’ll be pleasantly surprised. Exceptional anime portraits that portray the current mood of the speaking character accompany most dialogue boxes. The 3D environments and 2D sprites sparkle and shine on the PSP. Special attacks are usually accompanied by anime-like cut ins of the characters; something I’ve always liked from the Tales series. The graphics look like a progeny of Xenogears and Breath of Fire III, two beautiful games in their own right. The soundtrack could use a bit of work, especially coming from the fine folks at Falcom. There is minimal voice acting, but what little there is does a good job.

Make no mistake: this is not a bad game. It’s not a very good one, though. Everyone I’ve spoken with on these boards or in person kept saying the same thing: stick with it. Trust me, I tried to stick with it in order to get to the good parts. Unfortunately, I couldn’t last long enough and other games came around to provide me with more entertainment. And you know what? There might come a time when I will run out of things to play and go back to The Legend of Heroes: Trails in the Sky. Maybe I’m missing something epic. For now, I’m fine with saying that this is just another mediocre game. Like I said, you have to really dig in your heels and remain patient for the story to start getting good. The sad thing is, the story isn’t worth the wait. Slow combat with little rewards doesn’t help things. I do recommend Trails in the Sky for someone who needs an RPG to play that will last a while. Usually, the game can be completed in 50 hours. That said, much of those hours are boring. Realize what you’re getting into with The Legend of Heroes: Trails in the Sky. While it has features that set it apart from the Gahgarv games, it still is a boring RPG.