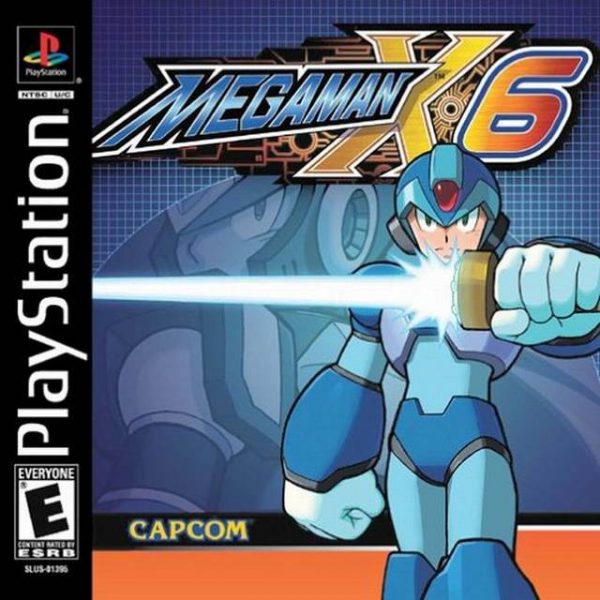 Author’s Note: This review was originally published on November 17th, 2008.

The last of the three Mega Man X titles for the PSX, Mega Man X6 offered a few improvements from the awful predecessor of X5. Unfortunately, it pales in comparison to Mega Man X4. Still, the game offers a few things that any Mega Man X fan will enjoy.

The first, of course, is the killer sound track. Despite a few of the stages being a little insane with the music, most of the time the songs are awesome. No, they aren’t as good as they have been, but they still contain that classic feeling of Mega Man X. Along with the great music, there is great Japanese voice acting and some wonderful J-Pop intro and ending music. One thing is for sure, the sound department is not lacking.

Nor is the graphic department lacking. The new enemies you face look great in lush, colorful 2D animation. Mega Man X and Zero will once again learn all new moves for defeating the Maverik bosses, and as expected, they are fun to watch. One downside in this department is that Capcom once again refused to include the awesome anime scenes found in X4. Luckily, the static screen shots that display what is going on are accompanied by voice acting instead of that awful “bleep” sound. The graphics look as good as ever in Mega Man X6.

But, does the game play as good as ever? This is once again where we have a few issues. First thing is first, though. Alia is no longer interrupting your game play. That brings the score up a few points. Also, despite what the game’s description says, Zero is playable. You just have to unlock him. Finally, X can use the Z-Saber, but he pales in comparison to Zero in terms of skill. Now, onto my personal issues. In every stage, you have to rescue lab workers. In doing so, you will gain power ups and extra lives. This is nice, but the downside comes with the fact that certain enemies will assimilate to these workers and turn them into bad guys. So, after you kill the bad guys, you lose the potential to earn a new power up. This does add to the challenge and replay value, but it was downright annoying when you could not reach a lab worker in time. Another gripe comes with that you, once again, have to alternate between X and Zero instead of following one quest. My next gripe is that X can once again only access his two new armor suits after he finds all of the parts. Finally, I despise the stage that takes place in the junkyard. Play the game, and you will see why.

Oh, and you are probably wondering if X6 has a story. Why yes, yes it does. X6 picks up right where X5 left off with Zero’s untimely death. With Zero gone, viruses have begun to spread and created the Nightmare Phenomena. Of course, Mega Man X is on the scene and will stop at nothing at, well, you get the idea; you have to save the day. Sigma is in there somewhere, too. Really, what do you expect these days with a Mega Man X story?

In the end, the game is what you would expect in a Mega Man X title, yet it lacks a few of the things that made X through X4 so memorable. While it beats X5 by a landslide, it still could have been better. Mega Man X fans may enjoy it. Despite my complaining, I enjoyed it in small doses. Still, this game could have been much better and it is unfortunate that we will never be able to relive the fun of Mega Man X4.