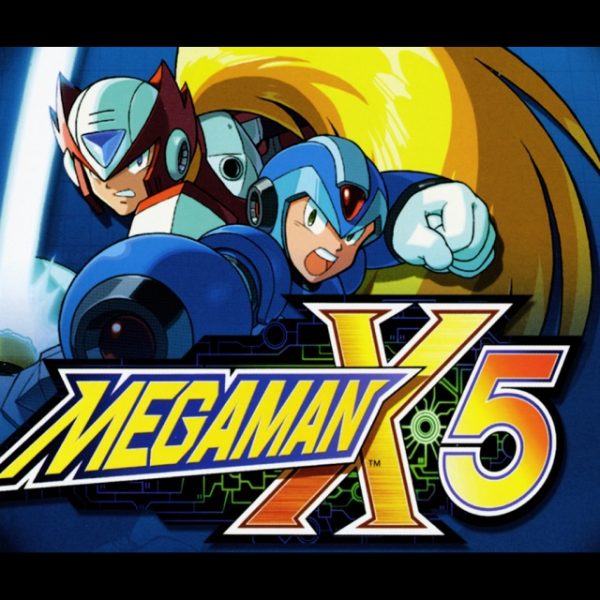 Author’s Note: This review was originally published on January 23rd, 2006. This is still my least favorite Mega Man title.

In case anyone decided to read my Mega Man X Collection review, you may be wondering why MMX5 and MMX6 seem to be the games I talked so negatively about. Well, let’s first talk about Mega Man X5 and why I hated it ever so much. There aren’t very many reasons why this game ticked me off, but a few things can cause a lot of annoyances.

Before I get to that, I should say what Mega Man X5 is all about. Basically, you play as X and Zero as you try to gather parts for the Enigma cannon. This cannon needs to be used to stop the space colony called Eurasia from crashing into earth. I wonder who is behind this scheme? Anyways, all the Mavericks in this game have parts and you need to gather them all to improve the power of the cannon. Along the way, more about the past of Zero and X will be revealed. Is the story bad? Well, not really because it’s a Mega Man X game; it’s not supposed to be anything thought-provoking. What I didn’t like was the way it was told. Gone are the cool anime scenes from X4, gone are the cool characters from X4, and gone are the short but sweet dialogue sequences from X-X4. Instead, we have long, boring, pictures of the characters showing what is going on with dialogue boxes. It’s easy to blaze through the text, but it still gets annoying because it seems it doesn’t end. This is a Mega Man X game, where is the blowing stuff up?

When you actually get to the game play and the blowing stuff up, the game flops. Ironically there are five things wrong with this game. The first is the fact that you play as both X and Zero. The formula was changed from MMX4. Personally, I didn’t like the change. I felt the way it was done in X4 was much better. The second thing wrong with the game play is Alia. All I can say is, who the hell does she think she is? You will be playing through a level and she’ll out of nowhere interrupt you to tell you of some danger ahead. Alia, this is Mega Man X5. Where the hell did you come from and who do you think you are interrupting me while I’m trying to blow up something? She’ll really get on your nerves, and you can’t turn her off. The third thing wrong with the game play is X’s Armor. Now in previous X games, if you get a new piece of armor from Dr. Light it gets equipped automatically. In X5, you can get two new sets of armor. Sounds cool right? Well, not only do you have to wait to get all four parts of one armor to be able to use the new armor, one set of armor is obtained at the very end of the game. What the hell was the point of it? The fourth thing wrong with the game play are the bosses. They are WAY too easy. This is Mega Man X, there is supposed to be a challenge. Finally, the fifth thing wrong with the game play are the level designs. They are imaginative, sure, but they are very tedious. This is part of the reason the game lasts so long; you’ll be constantly hit by spikes or fall into a bottomless pit. There are other little things, but those five stick out the most. It’s quite a shame, really. Mega Man X4 was amazing and then they ruin the entire series with this next installment.

At least the graphics and music are still great. The 2D sprites are colorful and vibrant, with some of the coolest looking enemies yet. The music is just as great, showing that Mega Man is still all about the awesome music. At least this part of the game shines.

Like most Mega Man games, you’ll play it again and again. There are multiple endings in this game, and secrets to uncover. The game lasts longer than most Mega Man games; about three hours. Will you come back for more? If you can handle the utter lameness of it, then yes you will. I seriously don’t know what happened that caused us to go from the excellent X4 to the terrible X5. Perhaps we will never know.