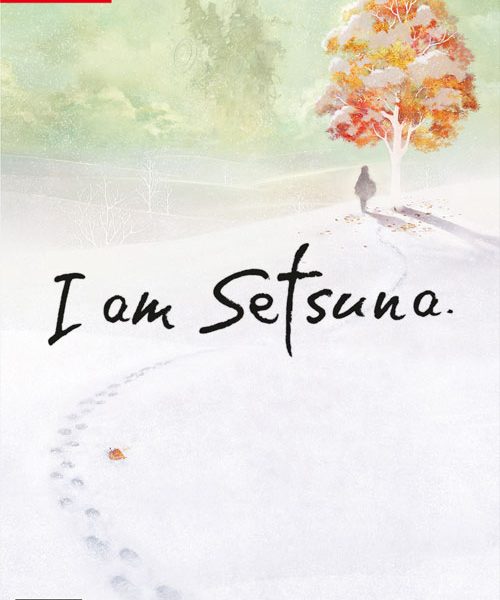 Even before it was released, one of the most common things I read about I Am Setsuna was that it was similar to the Super Nintendo legend: Chrono Trigger. Yeah, no. People need to stop doing that. It’s a lie. I Am Setsuna is not like Chrono Trigger. The only thing that they have in common is that they’re RPGs. Even if this comparison wasn’t circulating throughout the Internet, I Am Setsuna is a game that isn’t worth your time.

The game takes place in a world filled with snow. One of the customs of this land is that a maiden must be sacrificed in The Last Lands in order to placate the monsters that roam the world. Without a sacrifice, the monsters invade cities. A mercenary named Endir has been tasked with killing the sacrifice before she can make it to The Last Lands. However, just before striking her down, the sacrifice Setsuna asks if Endir would accompany her and her party. It’s an interesting set up, but it’s one that doesn’t go anywhere until you reach the game’s conclusion. And, when you do get to the conclusion, the big reveals are, in a word, lame. The characters don’t help, either. Their introductions serve as the next plot point, but after that point is finished they’re mostly talking heads. There really could have been more with both characters and story.

The world is in a constant season of winter. At first, it’s a nice look. Eventually, it gets redundant. It’s just white, off-white, cream, and the occasional non-whites for areas that have bits of melted snow. Dungeons are usually wintry caves or wintry forests. There’s an occasional fortress or two, but most of the locations are too samey. Since character and monster models look blocky, the graphical presentation leaves much to be desired.
And then, we have the soundtrack. This is the worst soundtrack I’ve heard in an RPG. I’m for real. The soundtrack is composed entirely of piano. No woodwinds. No percussion. No strings. It’s just piano. Major plot event? Piano. Boss fight? Piano. Credits are rolling? Piano. There’s an argument around the web regarding whether or not video games can be considered art. If shit like this soundtrack is in the video game world, then there is no way in Hell that they’re considered art. You’re better off muting the game entirely and listening to your own music.

The game play is where I Am Setsuna has the most promise, but the most issues. Characters slowly move through an over world map to reach towns and dungeons. Both areas have the feel of an old-school RPG from yesteryear, but they don’t fully deliver. Towns are so uninteresting that you’ll just want to get to the next plot device, do your shopping and move on. Shopping itself is a chore, since powering up your characters outside of their levels is an obtuse and cumbersome exercise. Characters in I Am Setsuna don’t learn new skills via their levels. Instead, you need to kill specific enemies in specific ways to earn specific rewards and give a specific number of them to a specific guy in town in order to get the desired (and specific skill). The game calls these Spiritnites. I call them tired. Characters can also equip a talisman that provides chance boosts and bonuses, and weapons that can be powered up with raw materials. None of this is fun, even though it looks like it could have been.

Dungeons are just as much of a snooze fest. It’s not because they lack puzzles beyond “hit this switch, then hit that switch.” It’s because most of them look the same due to the game’s snowy setting. Combat in this game is boring. In an attempt to replicate Chrono Trigger’s Active Time Battle System, I Am Setsuna features a three person party. Each one has a meter that fills up. When it’s full, then the character can attack, use a skill, or throw an item. Characters can also use something called a Singularity that can boost their action. Your three person party exchanges blows back and forth with the enemy until one side falls. Your party can perform double and triple techs if the right Spiritinites are equipped, but these team attacks are best used for mopping up enemy scrubs. I Am Setsuna is a simple game in which regular foes fall in one hit, and bosses are (mostly) a slog of endurance. At one early point in the game, you will have access to a double tech called Blow Beat that will disable any and all bosses. So, any semblance of strategy is thrown out the window thanks to this.

Nothing about the game channels Chrono Trigger. Honestly, I’m quite tired of the two games getting compared. It’s not fair to I Am Setsuna and Tokyo Factory, nor is it fair to Chrono Trigger and the legacy of Squaresoft. If anything, the only redeeming feature of I Am Setsuna is that it’s short. You can finish the game in 25 hours. There’s optional content, but it involves more of the same blandness. If you haven’t figured it out by now, then here’s the quick and dirty version: this is one of the most disappointing RPGs I have ever played. Don’t play it, but if you do, don’t go in expecting something similar to Chrono Trigger.

Overall, 3/10 – Instead of trying to recapture the magic of what made a certain era of gaming so special, I Am Setsuna tries to emulate and modify it in all the wrong ways.