Advent of an adventure.

Hmm. 2:00 in the morning. Should I sleep or do I have time for one more puzzle? 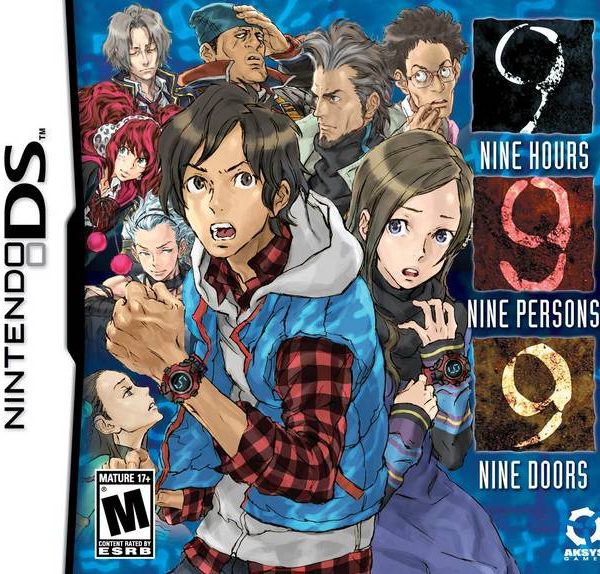 Author’s Note: This review was originally published on March 7th, 2011. I remember being at a birthday gathering and acquiring the final ending. I couldn’t wait to sit down and conjure up a review. Once again, “witty” taglines were used to separate the various sections.

As much as I love playing video games, nothing can get your imagination running wild better than a good book. Oye! Get your mind out of the gutter! I’m talking about a mystery or a suspenseful thriller that makes you stay up all night, restless with anticipation. I said, get your mind out of the gutt…nevermind. Most of you get my drift. The point is, mysteries and thrillers have the ability to take your mind to new levels of intensity. Due to their lack of pictures, they make you think about what the characters are experiencing. Words have the potential to expand your horizons. I could go on about the wonders of books and you’re probably wondering why I’m praising them on a video game website. The answer is simple: Chun Soft’s puzzler/live action novel Nine Hours, Nine Persons, Nine Doors combines the best of both worlds: well written mysteries and video games. Thanks to Aksyss Games’ excellent publishing and translating, we have an exciting, riveting story that makes you want to find the conclusion via clever, innovative puzzle solving. I highly recommend 999 for anyone looking for something different.

Sink or Swim!
Junpei is your average college student. His life is turned upside down when he wakes up on a huge ship with no recollection of how he got there. As he tries to uncover the reason behind this, he notices that his wrist has a strange watch strapped to it with the number five on the face. Even worse, Junpei’s room begins to flood! After solving a puzzle and escaping the room, he meets up with eight other abductees and learns that they’ve been chosen by a man named Zero to partake in the deadly Nonary Game. The prize? Their lives. They have nine hours to find a door with the number nine painted on it. This will let them escape the sinking ship. Time is running out!

So many questions from the get-go! Who is Zero? Who are Junpei’s fellow hostages? What are they doing there? Why has Zero picked them? Where are they? These questions and more will get answered as you advance through the game and discover the chilling secrets behind everything. The compelling characters and story of 999 are reason enough to play. The character development is excellent; the likes of which you only come across in a JRPG. Yeah. I said it. You wanna fight about it?!

Gettin’ Jiggy-saw With It!
Finishing the game requires two things. First, you must make difficult decisions about who you’ll side with. Second, you have to solve puzzles set by Zero. The further in the story you get, the trickier the puzzles become. However, solving them is done the same way throughout the entire game. Using the stylus, you’ll navigate a room as Junpei in a first-person perspective and search every nook and cranny to find clues. These clues will allow you to unlock the door and proceed. Within each room you’ll have to figure out certain methods of unlocking things like drawers, chests and panels. The puzzles involve music, math, logic, numerology and much more. Each room is well crafted to provide you with a different experience. The casino puzzles are different from the kitchen puzzles, which are different from the operating room puzzles. The best part of the puzzles are that you’re never lead astray; you shouldn’t get stuck unless you’re trying to rush through things too fast. And why would you want to do that? Half of the fun of 999 is the puzzle solving! Depending on which rooms you enter, you’ll be joined by other shipmates. During your sleuthing, they’ll shed light on their pasts, their feelings or even something completely unrelated. Or so you’ll think. A discussion about glycerin freezing throughout the country may seem irrelevant only at first. Everything comes together in the end,giving you more incentive to play the game multiple times.

Rated M for Modest.
Despite the game’s M rating, the graphics aren’t anything to worry about for those that get queasy at the sight of blood. Personally, I wanted to see more blood and gore, but the game’s description of the goings on will let your imagination do the visualizing of the exploitations that take place on the beautifully designed ship. Don’t get the wrong idea; there are some disturbing images that warrant the M rating. There’s also the fact that one of the characters is dressed like a Hollywood hooker with busty jiggles to match. That said, the character art and direction is splendid. The combination of anime and realism works perfectly for the game’s setting. There isn’t much in the way of music; just some background tunes that set the mood. The lack of voice acting comes as a disappointment, however. In lieu of characters with voices, the text is represented by individual blips. For the young ladies, the blips are programed at higher pitches. For the macho-men, the blips are programed with deeper blips. It’s typical stuff to expect a story driven game hold copious amounts of text. With so many other titles that have voice acting, you would think that 999 could follow suit and bring the story to life.

Love Potion Number 999.
Truly unique. Undeniably riveting. Supremely edgy. Nine Hours, Nine Persons, Nine Doors is a wonderful game for the Nintendo DS. It’s just the right length for a game that sports multiple endings and as you uncover more and more endings, you’ll easily want to go back for more to see other routes. Certain things keeping the game from perfection include the lack of a text-speed option, lack of voice acting and not enough bloody images. In all honesty, the biggest problem with the game is the availability. When it was first released, Nine Hours, Nine Persons, Nine Doors had a very limited print run. Chances are that it will get reprinted, but such a process can take a while. In the end, I had to search high and low to find this title at a reasonable price. It’s rare for me to buy a video game new unless it’s an RPG I’ve had my eye on. For the true gamers like me, I recommend buying the game, especially if you’re in need of something different. If you plan on playing this only a few times, consider renting it. The first time through the game lasts about five to seven hours. Future files take much less time. Either way, you should do yourself a favor and check out Nine Hours, Nine Persons, Nine Doors. Personally, after playing some demanding RPGs, 999 was the perfect title to play. I’m 99.9% confident that you’ll feel the same way.