Ghost of Tsushima has set the bar high for open-worlds. 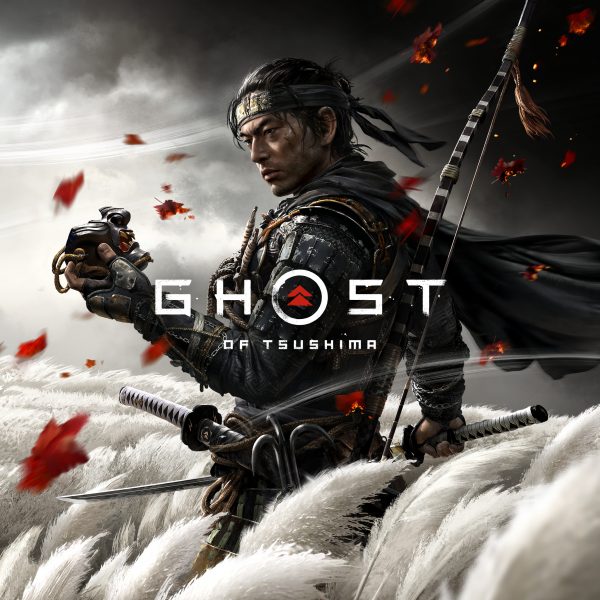 If a game presents itself as an open-world adventure, then I never want anything to do with it. Sucker Punch described Ghost of Tsushima as such. As a result, I was close to writing it off. But, my fascination with Japanese history and culture overcame my distaste for open-worlds. 50 hours later and with a platinum trophy, Ghost of Tsushima is an adventure I’ll never forget.

Ghost of Tsushima takes place in late 13th century Japan. Mongols have invaded the island of Tsushima and plan to use it as a stepping stone to conquer all of Japan. After a battle that ends with copious samurai casualties, Jin Sakai rises from the bodies as the lone survivor. Now, Jin will do anything to save Tsushima, even if it means setting aside the traditional code of the samurai. He’ll need allies. He’ll need tools. He’ll need everything that he can find if it means liberating Tsushima. Jin’s internal struggle between honor and vengeance becomes apparent within the first few minutes of the game. The introduction starts with multiple bangs. Sadly, things take a nosedive not long after. Multiple flashbacks combined with forced tutorials leave a sour taste after an otherwise thrilling intro.

Eventually, players get to the first of three acts and the game “opens up.” Each act takes place in one region of Tsushima. The entire island is yours to explore by the time you reach the third act. Whether you explore on foot or on horseback, there’s always something to do when you’re not advancing the story. Missions are designated by color coded icons, and a fast travel option makes getting to them simple. The wind will guide you towards your marked points of interest. More often than not, gold birds or foxes will come across your traveling path. Following these woodland creatures will lead you to hot springs that increase your health, shrines that enhance your accessories, spots to write haikus that grant you new headgear, and much more. There’s a lot to discover, but unlike other open-worlds, it never feels overwhelming. Tsushima is a condensed world despite its massive size.

Even the large quantity of side missions doesn’t feel overwhelming. Unfortunately, they’re repetitive. You’ll find a person in trouble, hear their plight, head towards a location, fight some enemies, and return. To add insult to injury, you can’t skip scenes or advance text. This baffles me. It’s 2020, yet Sucker Punch doesn’t let players advance text? Now, it’s important to keep in mind that the side missions are far more involved and interesting than tedious monster hunts or fetch quests that tend to plague other open-world games. Still, their formula in Ghost of Tsushima is usually the same. Those that wish to do them all will need some patience.

When you encounter enemies such as Mongols or ronin during a side mission or a story mission, then it’s time for combat. This is another area that makes a poor first impression. A janky camera and limited options means that you’ll be button mashing in an attempt to survive the onslaught. But, once again, things get better as you unlock new stances to combat different enemy types, archery with various types of arrows, various tools like a smoke bomb and firecrackers, and more. Combat can play out anyway you like as you work towards your goal. You can go all in with your sword swinging, or you can attack from afar with some explosive arrows to lure out an enemy leader. Perhaps the most exciting part of combat is stealth. Jin, a samurai through and through, needs to put aside honor and sneak around enemy camps to perform deadly stealth kills. No matter what you do, it’s satisfying watching the enemies fall one by one. New combat features are gradually introduced as the journey continues.

No matter where your mission takes you, you can rely on one thing: the destination and the journey towards it will be gorgeous. While the character models and designs look fantastic, the real star of the show is the island itself. Day or night. Rainy or sunny. Foggy or clear. From blowing pampas grass to crystal clear streams to temples coated in golden leaves, Tsushima is truly a sight to behold. To add to the game’s look, Jin can don various armors, head gears and masks. Most of these can be colored with various dyes. Jin’s a handsome guy, so I opted to leave a mask off so I could admire his visage. To top all of this off, you can access Kurosawa Mode to give the game a grainy, black and white presentation that pays homage to the legendary director.

Topping off the stunning presentation is a wonderful soundtrack filled to the brim with Japanese instrumentals and style. At times, the only “music” you’ll be hearing will come from Jin’s surroundings. Other times, the music will be pumping you up for a major battle against a group of enemies. The game has English and Japanese voice options. Both are excellent. I chose the Japanese language option for the sake of authenticity.

As I mentioned in the introduction, I ended the game in about 50 hours. As of this writing, there’s no New Game Plus feature or unlockable extras that would warrant a second run. But, Tsushima’s natural beauty is enough for me to pop the game in and have it play in the background as passive viewing/listening material. Sucker Punch really delivered with Ghost of Tsushima. I say that as someone who usually despises the idea of an open-world adventure. Obviously, fans of open-world games will like this. But, those that aren’t fans may be pleasantly surprised. After its rocky start, I know I was.

Overall, 8.5/10: An open-world that doesn’t have the flaws of the sub-genre awaits in Ghost of Tsushima. Join Jin on an exciting journey of revenge and liberation.