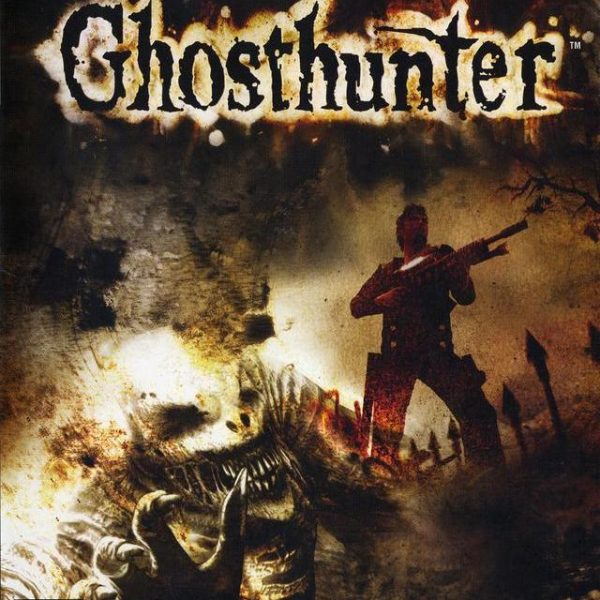 Author’s Note: It’s rare for me to mark recent reviews as favorite, but I wanted to make an exception for Ghosthunter. After the review was originally published on April 7th, 2017, there was a topic thanking me for writing it. The opening message said, “Thanks Kashell Triumph for your new review. I found it insightful and even handed. Even though your final rating is that it’s a mediocre game while I really like the game. It’s nice to hear more praise for the game’s graphics and art.”

Based on what little I knew of it, Ghosthunter for the PlayStation 2 looked like a standard action game with some horror elements sprinkled in the narrative. The few screenshots I saw displayed some bizarre enemies. The story had all of the pieces for something disturbing. The truth is, there is nothing scary about Ghosthunter. This might be a standard action game in which the enemies you face are ghostly apparitions, but the writing and characters tend to take the serious moments and turn them into something comical. Ghosthunter is an entertaining game that has lots of flash and personality, but it stumbles over itself when it comes time to actually perform what the title suggests: hunting ghosts.

Ghosthunter begins at Montsaye High School in Detroit, Michigan. Years ago, one of the teachers at the school murdered ten students and vanished without a trace. Since then, the Detroit Police Department continues to receive calls about weirdos, cultists and vagrants hanging out in the school. Lazarus Jones, newly transferred from Kalamazoo, and his partner Ana Steele are investigating another routine call at Montsaye. Eager to prove himself, Lazarus begins investigating the basement of the school and comes across a massive contraption. Pressing one too many buttons on said contraption causes Lazarus to unleash a swarm of ghosts throughout the high school. To make matters worse, Ana gets kidnapped by the head honcho of these spirits. Now, Lazarus is guided by some snarky AI in an attempt to rescue his partner and recapture the ghosts he released.

The story’s description sounds serious, but it’s clear that things aren’t that serious moments after Lazarus opens his mouth. Lazarus is a good cop, but he’s a joker and always has a quip or two ready to lighten the mood. That’s just the beginning. The characters he meets on his quest are an entertaining lot that have their own humorous quirks. There’s a “jolly-good” ghost of a World War II colonel, a sassy southern widow and a librarian that feels Lazarus is worthy of being one of the library’s monitors. You’ll get a few chuckles while watching Lazarus’ interactions with the various characters he meets. He’s already entertaining by himself; putting him in a situation with others elevates things. When things do appear serious, it’s hard to take it at face value because you can be sure that Lazarus will have something funny to say.

Lazarus’ quest to recapture the ghosts and return Ana to Detroit will take him around the high school and through various Spectral Realms. Ghosthunter is a third-person action game that has all of the standard features most have come to expect. During his exploration, there will be ghosts popping out that wish to stop him in his tracks. At the start of the game, he’s armed with his police-issued handgun that has unlimited ammunition. Over time, he’ll get some more guns. Guns such as the shotgun require regular ammunition that is scattered throughout the stages. Other guns such as the Lasso require Ghost Energy, which comes in the form of blue orbs of various sizes. Lazarus’ most useful tool is the Capture Grenade. This tool is part boomerang and part ghost trap. Once a ghost has been reduced to zero health, Lazarus can throw the grenade and capture it. The grenade is also useful for showing the remaining energy of the ghosts.

Combat is a mixed bag. Switching between weapons, adjusting to aiming the crosshairs, and strafing about takes some acclimating. If Lazarus is fighting a couple of ghosts, combat is fine. Things can get messy quickly if he’s against multiple airborne fighting enemies that have projectiles and have a tendency to move quickly out of his sight. There are no recovery items to store. Instead, you recovery health by picking up orange orbs from the areas or defeated enemies. Combat isn’t bad, but it could have benefited from some extra tweaking to make the later encounters less stressful. If Lazarus loses all of his health, then you get taken back to the most recent checkpoint. Ghosthunter allows you to save at any time, but you will only be able to continue your quest from checkpoints. I made the mistake of saving after finishing a boss and turning off the console. However, since I didn’t reach a checkpoint, I was forced to face the boss again. Luckily, boss battles are a bit more involved than the regular enemies. These encounters play out like a puzzle and it’s a shame that they’re only a few of them.

During the opening stage, Lazarus learns that he shares a body with a spirit named Astral. During certain parts of the game, you need to take control of Astral in order to clear paths for Lazarus. This is where game play takes a nosedive. Astral’s movements are slow. Her abilities needed to solve puzzles or clear the way for Lazarus literally siphon your Ghost Energy. Often times, you need to switch back to Lazarus, hunt around for spare energy, switch again to Astral, and move all the way back to the puzzle point. I always find myself groaning with annoyance when it’s time to take control of Astral because it stalls momentum.

Lazarus (and Astral) will need to explore Montsaye High School, an abandoned warship, a ghost town in Louisiana, and other haunted areas. No matter where you are, the presentation remains solid. Despite it’s 2004 release, Ghosthunter is one of the best looking games I have ever seen. Characters move well, the ghosts are creative, each area of discovery is filled with variety and the special effects used are entertaining. The first time you watch the ghost try to escape its fate as the Capture Grenade does its job is one of the most memorable moments of a game. To compliment the fantastic graphics, Ghosthunter has some fun music and an impressive roster of voice talent. Joe Morton, Robert Paulsen, and other individuals provide the voice acting to carry the well-written script. Ghosthunter’s presentation is definitely its strongest point.

I have my gripes about the game’s combat, but my biggest issue with Ghosthunter is its linearity. Even after a few game overs caused by enemy fire, Ghosthunter was finished in about four to five hours. Once Lazarus finishes an area, there is no going back to it. There are no secret areas to uncover, nor is there any bonus from playing the game from the start again. The game ends as quickly as it begins. Still, those that decided to give Ghoshunter a try will be in for a treat. It’s not scary, it has some issues in the combat department, the sections that require you to take control of Astral are a drag, and the game will end before you know it. However, it’s easy to overlook its issues because the game has an interesting premise, a wonderful presentation in both the audio and visual areas, and a strong protagonist that carries you through the journey. All fans of action games, especially those that enjoy the paranormal, will find something to enjoy in Ghosthunter.

Overall, 6.5/10: Unlike the ghosts Lazarus must capture, Ghosthunter has plenty of heart. It’s that same heart that makes up for the game’s flaws.