A fun game, a fun adventure, and a fun Final Fantasy! But, was it worth the wait? Final Fantasy XIII ends up being an interesting experience.

Final Fantasy XIII-2 is a grand journey through time and space. 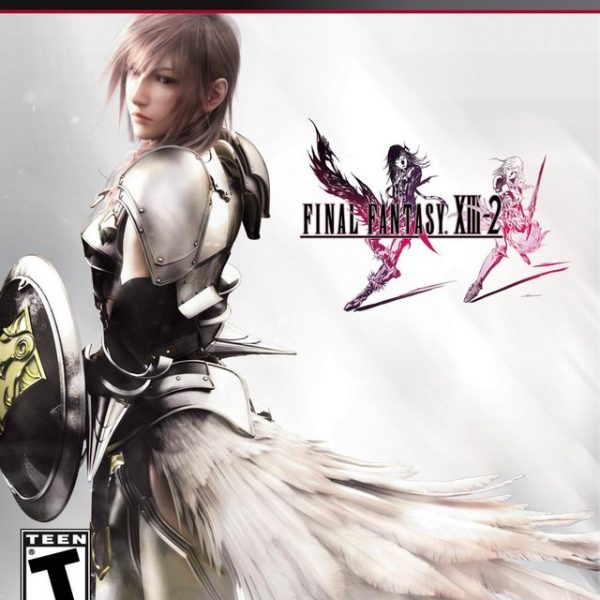 Hello, time-travelers! Welcome to another review! This review is about the sequel to a game that taught me a lesson. The biggest lesson I learned from Final Fantasy XIII was that you should never, ever, purchase a title in this long-running franchise on launch day. Why, you may ask? The answer can be summed up in one word: price. This series isn’t going anywhere and, eventually, the games will go down in price. Sure, this adventure is fun and I might end up being a bit late to this party, but my wallet is certainly happy that I waited until the price decreased exponentially before picking up the sequel to Lightning’s story. With only 30 hours of story content, it would have been hard to recommend this title during the initial release. Nowadays, if you haven’t had the chance to check it out, I say give Final Fantasy XIII-2 a shot if you are interested in continuing the adventures from the first game.

Well, that’s not entirely accurate. The problem with many sequels  is that the lore and setting from the first game is usually nowhere to be found and a bunch of randomly new ideas are introduced. In the case of FFXIII-2, there are some things that never got mentioned in the predecessor. But, it starts off promising. Lightning has vanished from Gran Pulse and only her sister, Serah, believes that she can find her. With the help of an amnesiac from the future named Noel Kreiss, Serah needs to embark on an adventure through time to resolve countless paradoxes in order to bring Lightning back to her proper place. She also needs to set the course of history correctly. It’s a lot to ask for this young girl, but she is capable of doing it. In fact, her and Noel make an excellent team. We get to see more of Serah this time and watch as she goes from a timid teenager to a mighty, mysterious warrior. Then there’s Noel. When I first saw his character art, I thought he would be another arrogant, hotheaded youth that would grate on my last nerve. You can imagine my surprise when I learned he was a level-headed, conscientious and vigilant man. Players will get to see the old cast from FFXIII, too. Some have grown up, others remained unchanged, and some still think afros are a thing. Serah, Noel and the mystery behind Lightning’s disappearance kept me coming back for more. Also, the time traveling aspect of the story was done in a surprisingly sensible way that didn’t leave you scratching your head or asking, “what if.” Still, I wish the new concepts and characters introduced in this game had some relevance to the events that happened during the first quest.

Speaking of the first quest, everyone who played it will easily pick up this title. Exploration, battles and all of the other aspects from FFXIII have made a return with only a few changes. Unlike FFXIII’s endless corridors of linearity, FFXIII-2 takes a new approach to exploration. While the maps look about the same, going from one area to the next is left up to the player. This means you can advance the story at your pace as long as you have enough of the proper items and abilities to access other areas/time periods. As Serah and Noel adventure through time, they unlock new areas of the world to explore in different eras. Messing with one could affect another. Each time period contains items known as Fragments. These are collected to advance the story and also provide you with insight on the goings on of the world. A good chunk of them will be acquired normally, but to get all 160 of them, you will need to venture throughout the entire time line. Exploration in the towns and dungeons involves finding treasures, solving some very tricky puzzles and shopping. Serah and Noel can equip weapons and accessories, some of which can be made as long as the raw materials are on hand. Furthermore, both characters have access to the wonderful Crystarium. Instead of experience points, they’ll earn Crystal Points. The best part is that they can access all of the roles from the last game (Commando, Ravager, Saboteur, Synergist, Sentinel and Medic) as quickly as you like. As they grow in their roles, they increase their HP, strength, magic, learn new abilities and earn bonuses. By mixing and matching roles, you can create Paradigms similar to those found in the first game. However, it takes three fighters to make a Paradigm. While Serah and Noel will always be in your party, your last slot will be filled by a monster.

Final Fantasy XIII-2’s biggest change is the monster recruitment system. Once a beast is defeated, there’s a chance you could recruit it. Monsters only have one role, but they have their own Crystarium. Instead of CP, they use parts earned from shops and from battles. This allows them to grow similarly to Serah and Noel. Despite my distaste for anything monster catching related, I find FFXIII-2’s to be one of the best I have ever played. One of my favorite features of it is fusing an old monster into a new one and having that new monster acquire skills it otherwise wouldn’t be able to learn. Also, watching a Behemoth or a Tonberry decimate other baddies is entertaining and, in certain instances, helpful. While FFXIII-2’s difficulty is about average, certain boss fights require you to plan your monsters and Paradigms properly. The actual battle system remained unchanged with the exception of a few things. There are, thankfully, no more summons. As battles progress, your monster will build up a Feral Gauge. Once full, you can press the square button to initiate a unique attack. Finally, battles are a bit more random. You can’t see the enemies immediately, but when they do appear there will be a moment in which you can swing your weapon and get a preemptive strike. Aside from those three things, everything will feel familiar: staggering, the ATB, the fast pace, and the need to shift Paradigms.

Everything will look and sound familiar, too. The graphics are just as gorgeous as before, and the new characters look excellent. Lightning’s new ensemble (the one on the cover of the game; I’m not spoiling anything for you) is especially lovely. She knows how to work those ostrich feathers! Chocobo feathers? Either way, the game is absolutely stunning. Much to my surprise, the songs (both new and old) seem to sound better than they did in the original. I absolutely adore the new battle theme. There are many more tracks that have vocals in them, and this surprising shift in style works well for Serah’s quest. Finally, the voice acting is top-notch. But, let’s talk real-talk, does Square ever disappoint when it comes to making pretty games?

The answer is usually no, but pretty games aren’t always fun games. Luckily, FFXIII-2 is both fun to play and fun to watch. Alongside all the above mentioned, you have a plethora of side-quests and the ability to participate in Chocobo racing. With all of this content, the game could last you about 70 hours. For those who wish to see the game just for the story, you can expect about 30 hours. Despite some random events in the story and issues with loading new areas, Final Fantasy XIII-2 is not only better than the first game, but it stands out as a solid RPG. However, I’m glad I waited until now to play it. Not only did it save me from spending too much money, it also saved me having to wait too long to see what happens next in the saga. That’s right, folks. Lightning’s next adventure is just around the corner! Regardless of when you play it, any RPG fan will enjoy all that Final Fantasy XIII-2 has to offer. Take a leap of faith through time as you follow Serah and Noel on an epic adventure.