Evolution Worlds is a perfect RPG for those new to the genre. 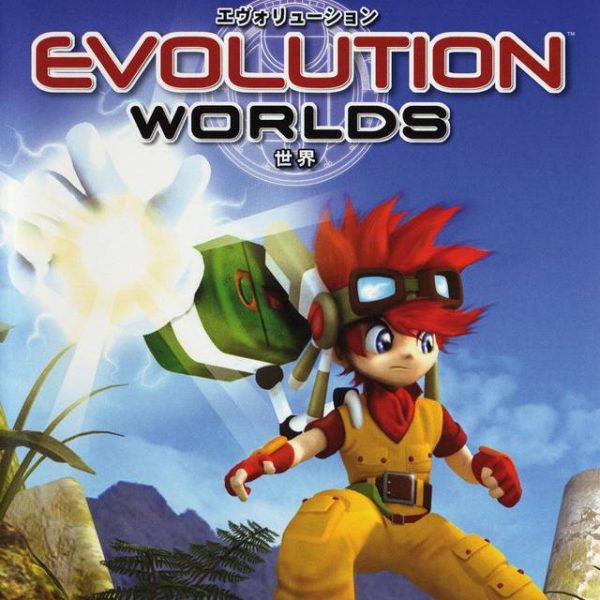 Author’s Note: This review was originally published on August 10th, 2004. When I was writing this, I remember wishing that this game had more to offer. Today, my recommendation to folk is to seek out the game’s DreamCast counterparts.

Breath of Fire was my first RPG and the game that got me hooked to the genre. Since then, I’ve played many RPGs and enjoyed most of them because it’s my favorite type of game. If people I know played games, then I would try to get them to convert to playing RPGs because they’re such fun. While I have found some success, a lot of people don’t know which game to start playing because there are so many RPGs on the market nowadays. While games like Breath of Fire would be good, the graphics are so old that it may turn some people away. This is where Evolution Worlds (a combination of Evolution and Evolution II, two Dreamcast games) comes into play. This game is for the Game Cube, a system that is in serious need of more RPGs. I never finished it, but I’ve played enough of it to know the entire story. If you or someone you know is interested in RPGs, then this is the game to play.

Story: 6/10
Mag Launcher is a young adventurer of the great Launcher family. While he is well known, he also owes a great deal of debt to the Adventure Society. Mag is also a Cyframe user. Cyframes are powerful machines left over from a lost civilization. Together with a mysterious girl, Linear Cannon, his butler Gre Nade (yeah…all of the names are like this), a tomboy hot shot Chain Gun, and the fierce female Pepper Box, Mag explores ancient ruins in hopes of uncovering the secrets of the lost civilization Evolutia. While they do this, they’ll unravel the mysteries of Linear’s origins.

A simple story without any plot twists or foreshadowing. You’ll find nothing deep like Xenosaga here at all. This means that the story, to me, is pretty lame and boring. While it is interesting to see it unfold, especially near the end of the game, it ends up being tedious in the end. To new RPG players, the story will be very cool to see unfold. I will say it was interesting to see Linear develop throughout the course of the game. I will say that it was very NOT interesting to have the rest of the characters (except for maybe Mag) just be there. What is Pepper’s past? Why does Chain act like such a rival to Mag? These and other questions you may have will be un-answered. To me, this was a downer because it sucks when potentially cool characters aren’t developed. Overall, the characters and story are below average. It does have it’s good points, but someone who has played lots of RPGs won’t like it too much.

Game Play: 7/10
This is probably one of the more linear RPGs I’ve played. Obviously, this is a good thing for new people. To others though, including myself, I didn’t like it’s simplicity and linearity. There are two towns: Pannam Town and Museville. You start the game in Pannam. This is the very first part of the adventure. The majority of the quest is in the second city. Anyway, in town you can buy items, armor, and weapons. You can talk to NPC’s to hear what they have to say. It’s all basic RPG stuff. The way the game flows is you go to the Adventure Society, talk to the receptionist, get a mission, and then go on that mission. After you return from the mission, you’ll get money, rest up, and the story advances. That’s all there is to it. As I said, it’s great for new RPG players but too basic for the rest. Although, advancing the story requires you to deal with the dungeons which can be frustrating no matter how many RPGs you’ve played.

In the dungeons, you see the enemies walking around. If they spot you, then they’ll give chase. You can sneak up on them to try get the initiative (Grandia), but it can get frustrating because their movement patterns are so random. If the enemies catch you from behind, then they get the first strike. Battles are standard turn based battles. The battles are fun, but can get very repetitive after a while. You’ll see whose turn is next on the right side of the screen. You can attack, use one of your MANY special skills (Cyframe users like Mag and Chain can get new skills by equipping different Cyframe parts, very cool), use the character’s personal Talent, use an item (although you have very limited item space…lame), Defend, or Run Away. New skills are learned by earning TP after battles. Once you get enough for the new skill, you can learn it. Anyway, your team attacks and attacks until the monsters are all dead. If you use a skill, you’ll have to wait a lot longer for that character’s turn to pop up again. The battles usually take a short while, but some characters have a tendency to miss. Also, Mag is really the only power hitter in the game so he’ll be dealing most of the damage while Linear or the others gradually take away monster hit points. On the other hand, if you make use of Skills, you can win the battles in mere seconds. One cool feature is that after you attack, you’ll earn back some FP (used for using skills). Also, the person who contributes the most damage during the battles earns the most EXP and TP. It’s pretty cool, but since the dungeons themselves are long, it can get really annoying. You also need to watch out for traps. Most of them cause damage or a negative status which wears off after a few seconds. Others can be helpful, though in that they restore HP or FP. There are no save points in the dungeons. They’re only at the top floor. However, in Museville you can leave and start at the floor you were last on. There are other bits and pieces about the dungeons and battle system, but I ‘ve covered everything in general. It’s a very simple, tried and true way of playing and RPG. I would’ve liked something a bit more, however. New RPG players will most likely enjoy how the game plays.

Graphics: 9/10
I love these graphics to death. They’re like 3D highly detailed chibi sprites. With the type of game Evolution Worlds is, they work very well. While they backgrounds of the dungeons get really bland after a while, the character models and monster models more than make up for it with their vivid expressions and fluid motion. The towns (all two of them) were very nicely done. You can interact with a lot of the objects, too. These little things are good additions to the game in general. The graphics may get a little bland as you traverse through the dungeons, but other than that they’re great. There are cinema like FMV sequences in this game and they’re great, too. The characters show a lot more emotion during these movies.

Music and Sound: 8/10
No complaints in the music department. The tunes can repeat themselves often but it’s not like they’re bad listening. There are a lot of fun tracks, but they won’t stick in your head unless you play for a long duration of time. There is plenty of voice acting in this game. While the translation isn’t too stellar, most of the voice actors/actresses do a fine job of portraying the characters. Many of them (Chain for example) can get really annoying. Still, you can adjust the volume of the music and sound so it fits you.

Replay Value: 1/10
This game is short and has nothing going for it as far as replay value. There is no new game plus, no extras, and the story has absolutely no foreshadowing. Playing it once will be enough. The game only lasts 30 hours so it’ll be a good trial run for new RPG players. They’ll get a feel for the genre and hopefully want more.

Buy or Rent: Rent
As mentioned, this game is very short. One rental will be enough to complete. One thing that may take you longer is the Tower of Despair (a side dungeon) and the search for Appraisal Items (200) in all. Still, if you’re like me then you’ll just want to finish the game ASAP and move on to something bigger and better.

Difficulty: Easy
While you do need to level up at times, this is an easy RPG to play. The only difficulty you’ll have is with the side bosses and the higher levels of the Tower of Despair. Other than that, it’s smooth sailing. This is a great thing for new players. If you’re looking for a challenge, however, play something else.

Overall, Evolution Worlds does a good job of initiating new RPG players by keeping some of the aspects used in older RPGs and graphically being up to date with third generation system capabilities. If you want to kill some time, then give this a go. If you want to learn more about RPGs, then give this a go. If you’re more of a hard-core RPG player, then I say stay away from this and wait for Phantom Brave and Star Ocean III to be released later in August of 2004!