Lastation needs a hero. Noire is on the scene in a simple but fun strategy game.

Delightful and upsetting all at the same time. 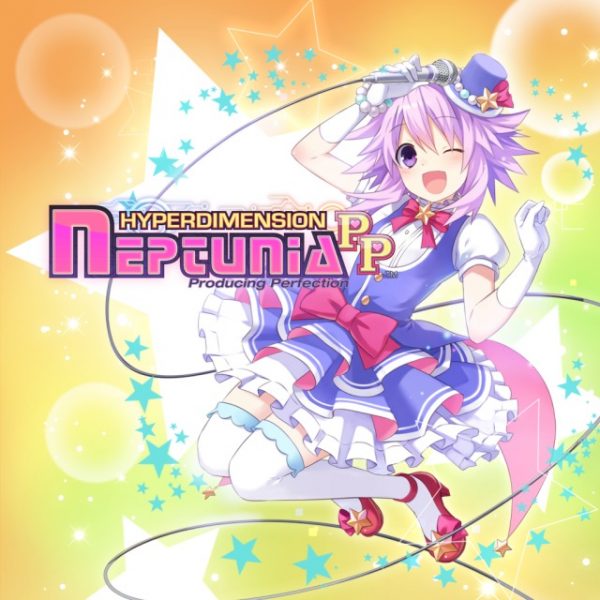 Welcome back to the wild and whacky world of Gamindustri. If you have been following the series since day one, you know by now that this is a niche series from some crazy developers. The series has decided to stray from the traditional RPG formula with its latest title. Instead of swinging swords and performing guild requests, Neptune, Noir, Blanc and Vert are going to stop the idol group MOB48 by becoming idols themselves. That’s right, Hyperdimension Neptunia Producing Perfection is an idol simulating game that puts you in the role of a producer attempting to regain Gamindustri shares by molding the CPUs into successful idols. Idol games have a special spot in Japan, but I am unable to recall any of them that made it to America. If HDN PP is similar to other idol simulators, then I hope that more make it to our side. However, as the latest edition to the HDN franchise, Producing Perfection is upsetting.

At the beginning of the game, your character ends up getting summoned to Gamindustri by the four CPUs in an attempt to reclaim shares. Once you pick the goddess you want to produce, your career as a fledgling idol producer begins. That’s really all the story there is to this title: you select a goddess and try to win your shares. However, the real fun comes with the character interaction between you and the goddess you pick. As a producer, you get plentiful one on one time with your selected goddess as you conduct lessons, take vacations, perform PR and put on concerts. In 180 days, you need to put your goddess back on top.

Since this is an idol simulator, the game play is hands off for the most part. Every day, you need to select something to do. Performing some form of work will raise your goddess’ Guts. This stat needs to be high in order to perform concerts. Performing work will also increase their number of shares. Taking a lesson will increase their stats, but also increase their Stress level. Taking a day off or spending one-on-one time with the goddess will raise Affection and Reduce stress. For the majority of these events, a cut scene will take place in which you get to see fantastic writing that the series is known for. Neptune’s zaniness, Noire’s tsundere tendencies, Vert’s gamertastic and big sister personality that’s as big as her decolletage, and Blanc’s bipolarity make for a fantastic amount of scenarios. The CPU Candidates, IF and Compa also make a few appearances. The writing is top-notch as you see your gals sing, dance, promote themselves and enjoy time off.

After an activity is performed, the day ends. While 180 days seems like a small amount of time to get stuff done, it is actually very easy to win the game without realizing it. In order to successfully win, you need to reclaim shares. Period. You do this by working and by performing concerts. Concerts are a fun distraction near the beginning. While there are only five songs to perform, each song is upbeat and full of JPop joy that fans of anime will love. You can select your CPU’s outfit, her accessories, her stage and the stage effects. When show time begins, you will once again notice that there is a rather hands off approach. You can move the camera and activate stage effects, but that’s all. The only other thing that you can do if certain requirements are fulfilled is activate the CPU’s HDD form. As the days progress, you will have the ability to form duos and trios. Watching Neptune and the gang sing and dance will make your eyes and heart melt. Unfortunately, the formula becomes too redundant too soon. Many of the events that each goddess partakes in are similar to one another; the only thing different is the writing. Concerts end up becoming far too repetitive and, since there are only five songs, the variety is severely lacking.

Graphically, the game’s multiple events unfold like they did in Hyperdimension Neptunia Victory with animated portraits and plenty of emoticons. On stage, you get to watch your CPU sing and dance with fantastic choreography. Aside from that, however, there isn’t much else. Most of the music is from Hyperdimension Neptunia Mk II and Victory. The voice acting is in top form as usual, no matter which language you select. The songs, however, are only available in Japanese.

For those who wish to acquire the platinum trophy, there is more than meets the eye with HDN Producing Perfection. Most of the trophies are earned by seeing 100% of the events for each CPU. Some of these events, such as Love Events and Day-Off Events are easy to view. Other events, such as SP Events and Activity Events, take more work. Since there isn’t a log to view what events you have and have not seen, those who aren’t careful might end up ending their game too soon and missing some of the events. Furthermore, there is a regular ending and a true ending for each goddess. To achieve the true ending, you need to answer various questions properly and make sure the goddess has high Trust and Affection for you. While it may look confusing at first, it eventually becomes easy to see and do it all when you realize how to manage your 180 days properly.

Hyperdimension Neptunia Producing Perfection is a unique game, and that very same uniqueness is what makes it hard to recommend. On the plus side, you have a ton of interaction time with the four CPUs. On the negative side, spending this time with them gets very redundant. Due to the lack of song variety and the limited options you have, actually playing the game isn’t nearly as fun as playing a proper entry in the series that involves battles, dungeons and shopping. This is a game I can recommend only to the fans of the series that don’t mind it being different from what they’re used to playing. Sure, there are some delightful moments, but there are plenty of upsetting ones, too. For those who really wish to have their fix of Neptune and the gang but are turned off to the idea of being an idol’s producer, wait until August of 2014 for the remake of the original title to be released on Vita systems everywhere.