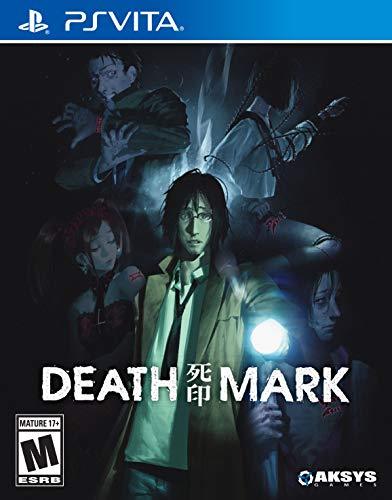 Some impulse buys are regrettable. Some impulse buys are surprising. But, once in every great while, there’s an impulse buy that completely surpasses any expectations. Recently, I picked up Death Mark on a total whim. Aside from what was written on the back of its box, I had no idea what to expect. “Impulsive” doesn’t even begin to describe its purchase – I was at the store looking for a gift for someone else. But, here we are with another review on another visual novel. But, Death Mark is more than just a visual novel. It’s a gruesome project that combines the story advancement of a visual novel with a point-and-click adventure and a touch of role-playing. At the center of these genres is one of the scariest stories ever told that only a video game could get across. Unless you have a weak stomach, Death Mark deserves to be played.

Taking place in the fictitious ward of H City in Tokyo, Death Mark’s beginnings let you know that it means business. For the last couple of weeks, certain unlucky souls in H City have been finding strange markings on parts of their body. As the days pass, their memories begin to fade. Eventually, they die horrific deaths that leave their bodies mutilated and mangled. The protagonist of this story is already starting to experience the effects of his mark: his amnesia has caused him to forget his name. However, fragments of his memory move him to a mansion on the outskirts of town. It’s said that a spiritual medium resides there. It’s not much to go on, but at this point, he’ll do anything to get rid of this mark. 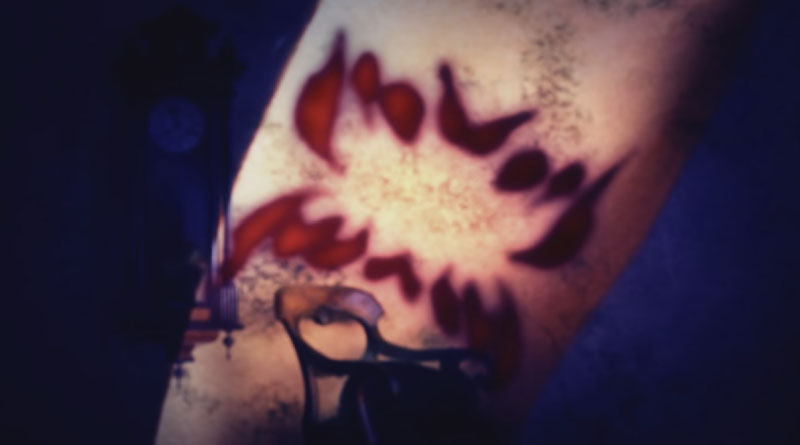 The synopsis of Death Mark sounds scary, and it is. Within the first minute or so of the game, you see the effects of a marked victim that didn’t remove it in time. All that remained of this individual was a severed arm that is depicted in the most gruesome of detail. Every area and circumstance uncovered in Death Mark is not for the faint of heart. The severed arm was just the beginning. You’ll see disturbingly designed spirits and dead bodies riddled with supernatural death. The graphics in this game are fantastic; they bring a new level of fear that gets supplemented by the text. Since a good portion of your time in Death Mark will be spent reading, it’s great to have visuals matching the situation. The music in Death Mark is limited, but it works. Most of the time, you won’t be hearing anything except the sounds of your surroundings. Creaky floorboards, broken glass, rustling bushes and other sounds that continue to add to the experience. Some sounds that are made when you make a wrong choice are, as expected, quite disturbing.

Indeed, like any visual novel, you’ll be given the chance to make a choice as you proceed with the story. However, these choices are a little different. You aren’t trying to say the right things to romance a female suitor. No, instead you’re trying to say the right things in order to stay alive. During certain moments, the screen will display the words, “Deadly Choice.” Once this happens, you need to decide on an answer before a timer representing your soul’s power runs out. A wrong choice will result in a graphic death and a game over. The good news is that, if you do make the wrong choice, you can simply reload and try again. 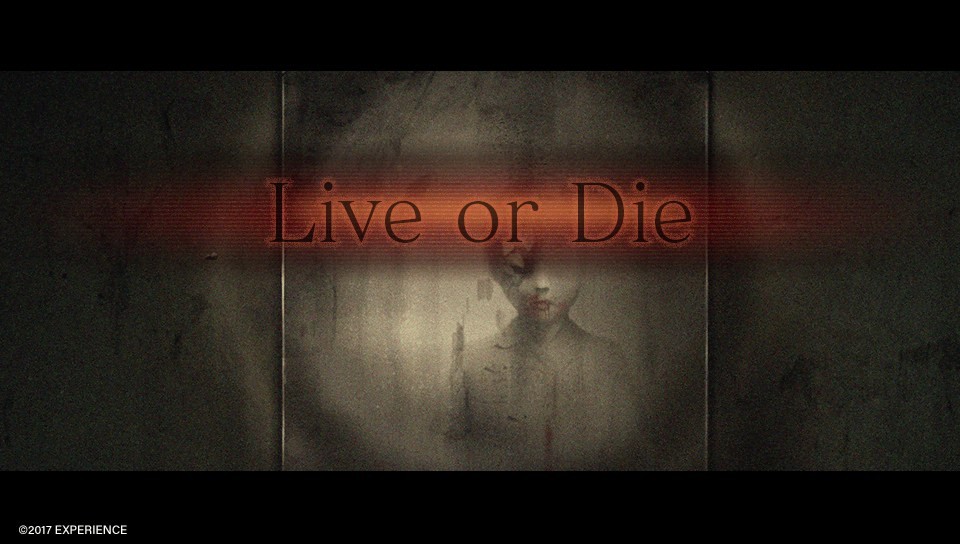 When these words appear, get ready and say your prayers.

There’s more to Death Mark that separates it from a standard visual novel. Divided into chapters, your character and a partner that has been marked will go to a haunted part of the H City in order to gather clues about the spirits that may be responsible for the marks. As you move from room to room, you’ll use the analogue stick to control a flashlight. Every room has something that’s worth exploring, but some rooms have key items, vital information about the spirit’s history, or hidden passages. Exploring new areas is as terrifying as it is exciting.

Eventually, your investigation comes to an end when you come face to face with the spirit. This means it’s time for a battle. During each round of combat, your character and your partner will need to decide on items to use based on clues gathered from the investigation. If you pick the wrong items, the game will end. It sounds frustrating, but like the Deadly Choices, you can easily pick right back up where you started if you make the wrong move. Selecting the right option means you will “damage” the spirit. When the time comes, you will have to use another set of items to finish it off. These could result in you setting the spirit free, or “killing” it. Both have consequences, and ultimately, these choices you make will determine which ending you’ll receive.

If I had anything to complain about in Death Mark, it’d be super nitpicky. Sometimes, the clue you need to find isn’t clear. There are other times when, in battle, you’ll be left scratching your head about how to properly dispose of a spirit. Honestly, these “problems” help add to the experience. Taking time to explore thoroughly reveals all you’ll need to know to progress. Even after overcoming some obstacles, I was able to finish Death Mark in only ten hours. That said, this is a game I’ll definitely replay again in order to get all of the trophies and try different choices. The only ones I don’t recommend Death Mark to are those that fright easily. Everyone else? Play this game; nightmares be damned.

Overall, 9.5/10 – By mixing multiple genres in a cauldron of terror, the developers at Experience created something special in Death Mark.