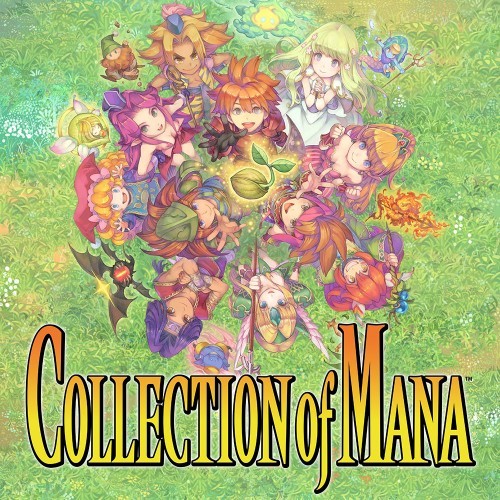 It took about two years, but here we are. Finally. The Collection of Mana is now (physically) in the United States with three, amazing games in the classic series. If you’re a veteran, new to the Mana scene, or just one of those souls that longed for a physical release of Secret of Mana 2 (renamed Trials of Mana) then you owe it to yourself to pick this up.

Like I said in the introduction, Collection of Mana contains three games. The first is Final Fantasy Adventure. In Japan, it was called Seiken Densetsu: Final Fantasy Gaiden. Originally meant to act as a spin-off to the Final Fantasy series, the game takes place in a fantastical world where an evil being called the Dark Lord is trying to control the Mana Tree. You play as a hero that escapes captivity and attempts to stop the Dark Lord from achieving his goals. It’s a simple, straight forward story with the zippy pacing you expect from an early 90s title. Final Fantasy Adventure still plays smoothly. If you’ve played The Legend of Zelda, then you will be right at home. It’s a classic style of game play that never gets old. Of course, some aspects are dated. The script is cheesy, the music gets repetitive, and there isn’t an option to give the game a needed colored treatment. You’ll be playing it with the original Game Boy or Game Boy Mini presentation. But, it’s still worth the experience. Sometimes it’s fun to step back in time and see the origins of cherished franchises. On the whole, Final Fantasy Adventure has held up well over the years.

The next game in the collection is a personal favorite: Secret of Mana. This game and I have a lovely and long relationship. It stars a boy who discovers a sword plunged in a tree stump. After being instructed to remove the sword by a mysterious voice, he begins a journey to restore eight Mana Seeds. With the help of a mouthy but well-meaning girl and an adorable sprite with amnesia, his adventure will take him across the world as they discover the truth about this mysterious force called Mana. Secret of Mana still looks and sounds great. The game play is where newcomers might have some issues. While there are a variety of weapons and magics to master, the initial areas can be an exercise in tedium due to melee attacks requiring a cool-down period. It’s an action game with turn-based features. I never minded it, but I can understand the frustration. Eventually, two of the characters will acquire magic. This turns the game from somewhat challenging to mindlessly easy. Despite this, it’s still the one game in the collection I recommend to everyone. Ask any gamer of a certain age and they’ll share their love for Secret of Mana.

The third and final game in the collection is the one that nudges the collection close to perfection. Secret of Mana 2 was one of the most longed for games during the Super Nintendo’s era. Thanks to some diehard fans, multiple “fanslations” have been released through the years. I remember playing Secret of Mana 2 on my old computer and feeling like I won the lottery. Now for the first time, we have a legitimate version. Trials of Mana really shows off what the Super Nintendo could do in terms of graphics, music, story and game play. You begin the game by picking three of six main characters. Each character has a unique backstory and the ability to upgrade themselves with a fun class change system. Depending on the route you take with the character’s classes, you will unlock new skills and magic. This means that no two playthroughs can be the same. With all of the replay value, it’s easy to sink tons of hours. This aspect combined with the improved combat, stunning visuals and hefty soundtrack make Trials of Mana the crown jewel in the Collection of Mana. It alone is enough to warrant the purchase.

It goes without saying: this is a fantastic collection worthy of your purchase. The Mana series has been through some dark times. Dawn of Mana and Heroes of Mana were disasters. Children of Mana had potential that never got fully realized. Even Legend of Mana, a game that I enjoy, has its issues. The Collection of Mana serves as a reminder as to what the Mana series once was: a charming, colorful and whimsical series of action RPGs. If you’re new to the series or have gone through the motions before, having this collection in your game library is worth it.

Overall, 9/10 – Three classics, all which are worth playing, in one cozy collection. Action RPG fans will enjoy taking a historic journey through this fun series.