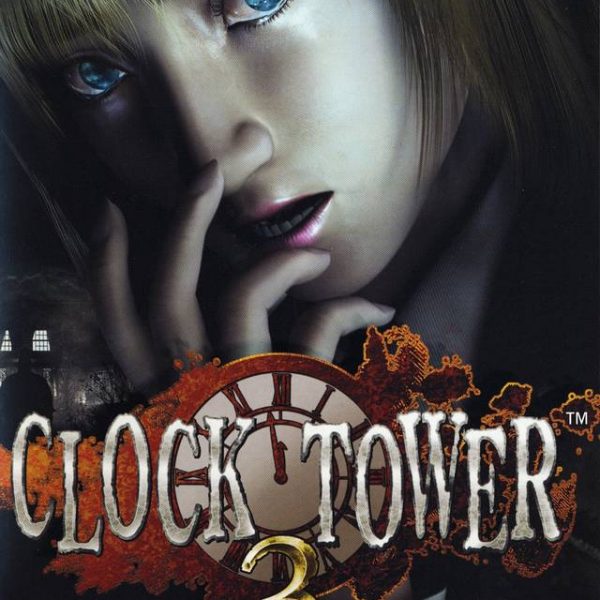 Magical girls, interpretive dance, over-the-top British accents and serial killers have very little in common. At least, that’s what I thought until I played Clock Tower 3 for the PlayStation 2. Unlike previous entries in the series, Clock Tower 3 is an action oriented survival-horror game that is 180 degrees from a point and click adventure. Luckily, you don’t need any knowledge of the series to fully enjoy this game and all of its bizarre campiness. In fact, this is my first time playing a game in this series unless you count its spiritual successor: Haunting Ground.

Actually, Clock Tower 3 and Haunting Ground have a lot in common. Both take place in Europe. Both feature female protagonists. Both expect to player to rely more on hiding and evading as opposed to fighting. Chances are you’ll spot the similarities as soon as you start playing. Clock Tower 3 stars Alyssa Hamilton, a 14 year old boarding school student that has returned home after receiving a distressing letter from her mother. When she gets back to the house, it’s clear something isn’t right. Her mom is missing and a weird man dressed in black has taken up residency. As she further explores the house, she finds magical holy water and ends up in England during World War I. No, I’m not making this up. That’s how whacky this game is. I’m guessing that the creators wanted to have fun in a “horror movies that are so bad that they’re good” sort of way in creating Clock Tower 3. I can tell you that they succeeded.

Aside from finding mommy dearest, Alssya’s goal is to soothe the souls of spirits that were killed before their time by serial killers. Clock Tower 3 is divided into chapters. In each chapter, Alyssa needs to avoid the designated serial killer, find items to solve puzzles and/or set souls free, eventually confront the serial killer a one on one battle, and then soothe the soul of its main victim with a key item. That’s the basics of Clock Tower 3 and, for the most part, it’s a good time. During the beginning of the chapter, Alyssa will learn about the victims from documents or newspaper clippings. At the start, you need to avoid the serial killer by hiding in certain places or interacting with the environment. Alyssa is a slow runner, so you have to be ready at all times for the serial killer. She can find collectible items to help her, which is a blessing because whenever Alyssa gets attacked, or even when the killer’s attack misses, her Panic Meter will rise. Once it reaches maximum, she will have a panic attack. The screen will become jumbled and she will be hard to control. Items can be used to deplete this meter, and they should be used since the game will end if Alyssa gets attacked during a panic attack.

It’s a neat idea, but some technical issues and a shifting camera cause it to lose its charm after the hundredth time. Alyssa will stand still when she starts to regain her composure, leaving her open to attacks. Also, the camera will shift perspective in various areas which will cause her to get caught by walls, trees, etc. Still, it’s nothing that most gamers can’t handle. Clock Tower 3 is difficult at first, but eventually you will get used to knowing when to hide and when to advance.

Aside from dealing with the serial killer, Alyssa can find key items throughout the areas and use them on corpses to set spirits free. Normally, these spirits will attack young Alyssa, but once they move to the afterlife they will give her an item as a reward. Eventually, Alyssa will reach a point in the chapter where she will fight the serial killer in a one-on-one boss battle. She will obtain a magical bow with magical arrows that contain the power to magically send the killer to the underworld. Again, I am not making this stuff up. Boss battles have some good ideas, but end up being monotonous when you factor in the whacky controls and lack of strategy. With the push of a button, Alyssa will fire an arrow. Due to the game’s programming, hitting the button auto-targets the enemy. You can’t control her aiming after you draw an arrow, so it can be a struggle to deal with quicker enemies. In order to deal decent damage, you need to fire a charged arrow. Since you need to hold the triangle button for a few seconds and since they move out of Alyssa’s line of sight, boss battles are nothing more than a waiting game. Once the enemy does its token “special attack” you can take the time to fire a charged arrow. Charged arrows deal more damage and bind the killer. After three binds, you can unleash a special attack that takes away all or most of the enemy’s power. Instead of being intense battles to the death, they end up being a glorified waiting game. Still, they are a different idea for the genre and the fact that Alyssa uses a magical weapon adds to the game’s campy effect.

Also adding to the effect is the look. During the game’s many events, the expressions and faces made by Alyssa and the rest of the characters is as over the top as the rest of the game. They are entertaining for all the wrong reasons, and laughing at them feels so right. A favorite scene happens when Alyssa seems to be enjoying herself as she ascending at super-sonic speed to the top of a giant tower on a huge pedestal. Just play the game; you’ll know it when you see it. Have I mentioned that I am not making any of this stuff up? From a technology stand point, they look good for an early PlayStation 2 game. Characters are realistically proportioned and have a good range of motion, but there are some awkward camera angles and jagged textures. The voice acting is another part of the game that has the characteristic of being so bad it’s good. Taking place in England, the cast features charmingly funny but forced English accents. Again, it fits for the game.

Clock Tower 3 is a short and linear game. Doing everything will take four to five hours, but those that can’t get enough might enjoy the unlocked hard mode, new outfits and the art gallery. While I might have arrived slightly late to the Clock Tower scene, I’m glad that I finally got around to checking one of the titles out. It has its flaws and has a dated look, but Clock Tower 3 is an over-the-top member of the survival-horror genre that isn’t afraid to take risks and make fun of itself.

Overall, 6.5/10: Don’t let the front of the box or the description on its back turn you away; there is nothing scary about Clock Tower 3. If people want to be scared, then they will have to look elsewhere. However, for those that are fixing for a something that channels the best B level horror movies, I can’t think of a better way to go than Clock Tower 3.