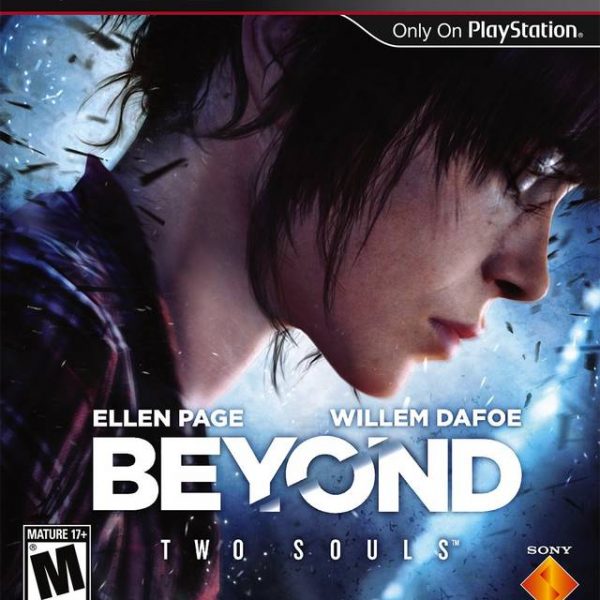 Put your umbrellas away because the skies have cleared for Beyond: Two Souls. From the makers of Heavy Rain, the latest title from Quantic Dream features a supernatural story that will keep you hooked from the get go. However, just like Heavy Rain, Beyond: Two Souls has issues that make playing it range from average to awful. This is a title that should have been made into a movie because the ride from start to finish is as exciting as your favorite genre of film. It just goes to show you that Quantic Dream knows how to tell a good tale, but they don’t know how to make the tale fun to play. Let’s take a journey into the beyond and see what makes up Ellen Page’s latest feature non-film.

Beyond: Two Souls is an emotionally amalgamated, nonlinear narrative about a girl named Jodie Holmes. Jodie isn’t your average young lady. No, this brown-eyed girl has a special ability that links her to a being called an Entity, named Aiden. While Jodie exists in the normal world, Aiden exists in the ethereal Infraworld world. Since no one is able to sense Aiden other than Jodie, everyone thinks that Jodie has unnatural powers to move objects, hack computers, and other things that most would consider supernatural. In other words, she’s not like most girls. Even worse, her childhood becomes nothing more than an endless science project and her adult life gets bombarded with CIA covert operations. So, yeah, Jodie has a hard knock life in a non-traditional sense. You get to see her and Aiden during a story that jumps around her childhood, her adolescent years and her adult life in a clever, unique and addicting way that will constantly make you say, “Just one more chapter.” Jodie and Aiden aren’t the only ones taking center stage, though. They’ll meet clever doctors, dubious guardians, mysterious strangers and hunky love interests. The story in Beyond: Two Souls is the best part, and it makes me a sad gamer to say that actually playing it is the worst.

Similar to Heavy Rain, most of the game is controlled by following prompts. These typically involve moving the right stick in a direction towards something. Button prompts also appear. Sometimes you have to mash them, other times you need to hold them down. Jodie will be opening doors, sitting on couches, chatting on the phone and other every day activities. That said, Beyond: Two Souls takes a different approach by giving you control of Jodie -AND- Aiden. A second player can take control of him, or you can do it yourself to command this otherworldly oddity. Unlike Jodie, Aidin can float and pass through walls. He can also break objects and unlock doors that normally would be inaccessible. The constant need to switch between the two with just the push of a button makes the title much different from Heavy Rain and gives off more of an action and puzzle vibe. Also, Aiden is the only one who can fight enemies known as Evil Entities. On the other hand, Jodie can channel dead bodies to see their last moments in life or interact with sentimental objects that provide her with clues.

Jodie and Aiden are a unique duo, but the problem with playing as them comes with the game relying too much on quick-time events (QTEs) and certain prompts not being specific enough for success. While the penalties for failing them isn’t as harrowing as other games, they are very frustrating and much too frequent. My biggest issue with the controls is that they feel too clunky and unresponsive. This is especially when you’re controlling Aiden. Since he can essentially pass through walls, ceilings and floors, he can get turned around too easily and getting your bearings ends up being a chore. When you have to protect Jodie from Evil Entities, things just end up becoming a hectic mess. Aiden also interacts with people depending on the aura they show. A blue aura won’t allow him to do much. A green aura will let you heal a person’s wounds. The fun comes with an orange or red aura. When a person is surrounded by orange, Aiden can control them like a puppeteer. Finally, when the aura is red, Aiden choke the person to death. This is all fun, but there is one little problem: inconsistency. The game never explains why certain characters get certain auras.

There are other issues, as well. On the plus side, the game doesn’t freeze or glitch as much as Heavy Rain. On the negative side, the game still has a tendency to get stuck and break up the action. Also, you aren’t able to skip cut scenes. For the people that wish to see it all, it means you have to endure needlessly long chapters over and over. There isn’t even an option to fast forward through the parts where there are no commands to input. Little things like this go a long way in the video game industry and, by now, you would think folks would learn to include them.

The rest of the game is what you would expect from the folks at Quantic Dream. Graphically, Beyond: Two Souls is stunning thanks to motion-capture technology and a plethora of unique environments. From start to finish, it’s clear that they cared about making this game as realistic as possible. Ellen Page as Jodie is a fantastic choice. The rest of the cast and crew are just as academy award worthy. Willem Defoe and Eric Winter provide excellent performances in their respective roles. Heck, even the extras and bit characters do a stand-out job. The music by Hans Zimmer sounds just like it did in Heavy Rain. Sure, its great but it feels like we’ve been through this before. Variety is the spice of life, Hans! Change it up a bit!

Jodie and Aiden’s saga lasts only ten hours. However, there are multiple endings for you to enjoy and a ton of choices along the way to those endings. In a bunch of the stages, you can find collectibles that unlock concept art and faux-trailers that show off some potentially new ideas from Quantic Dream. If you’re interested in uncovering all of the trophies, you are looking at about 20 hours of game time. As mentioned, you can’t skip cut scenes. This alone will cause the platinum quest to drag on and on, but seeing all of the unique endings provides plenty of entertainment. Really, Beyond: Two Souls isn’t a bad game by any means. Obviously, it’s a beautiful looking game and the story is perfect for fans of science fiction, drama and action. Playing the game is where my biggest issue lies. The controls are clunky and the reliance on QTEs ends up making the game feel less interactive and more of a chore to get to the next story segment. Also, you can’t skip the parts you have already seen. This also includes the credits. THE CREDITS! For a game with such a modern look, there are a bunch of issues that make it feel anything but. Still, fans of Quantic Dream will easily be able to overlook the issues and enjoy the better the aspects. I recommend renting this short game and watching Ellen Page in one of her best performances to date.