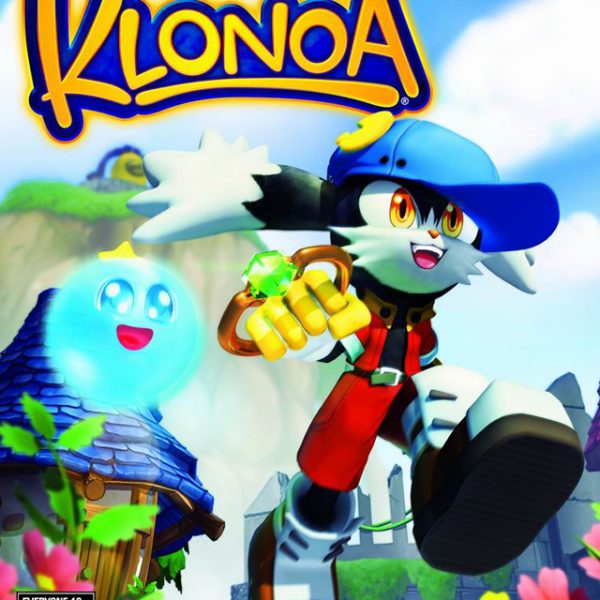 One of my problems with being a gamer is dealing with resellers. There will be times when I research a game I missed in the past and get the desire to play it. After performing a quick search, it’s clear that the only way to play the desired game is to emulate it, get lucky at a yard sale, or absolutely manhandle my bank account, invariably making one of those aforementioned resellers unnecessarily richer. That was going to be the case with Klonoa: Door to Phantomile. Luckily, there is another option with this floppy-eared champion. An enhanced remake of the original PlayStation game is available for a much more reasonable price on the Nintendo Wii simply named Klonoa. And, as expected, it’s a fun and enjoyable adventure with one of the video game world’s most underrated heroes.

Klonoa’s story takes place in Phantomile, a magical world that consists of five kingdoms representing wind, water, wood, the sun and the moon. Klonoa lives in the wind kingdom of Breezegale. On a day that seemed like any other, Klonoa and his best friend Huepow witness a crash on a mountain near their home. At the top of the mountain they see a figure cloaked in black named Ghadius and his menacing clown assistant, Joker. Ghadius and Joker have kidnapped the Songstress Lephise. Without her, dream energy cannot be properly used and Phantomile will spiral into chaos. It’s up to Klonoa and Huepow to put a stop to Ghadius’ plans, rescue Lephise, and ensure the prosperity of Phantomile. Since this is an enhanced port of the PlayStation original, the story is the same. Other than a few upgrades in the translation, those that played the first game will know what to expect and when to expect it in the Wii version. Those that are playing it for the first time will enjoy the lighthearted tale that has some surprisingly dark moments. It’s fun to watch Klonoa bring people from across Phantomile together for the greater good.

Klonoa’s adventure takes him through the entire kingdom of Phantomile. Utilizing a 2.5D perspective, you move Klonoa left and right through various stages (known as Visions) that are rendered in three dimensions. The early Visions allow you to get used to the controls. Later Visions require you to solve fun puzzles in order to reach the end. All of the stages have a variety of collectibles to find such as restorative hearts and extra lives. The most important are the captured villagers. Each Vision has six captured villagers that need to be rescued. If you find all of them in the entire game, you will be able to unlock some secrets. Some Visions end in a boss battle, which require specific patterns and strategies to conquer.

To combat these hulking bosses, as well as the regular goons, Klonoa relies on his emerald-adorned ring. While he can jump and float with the use of his ears, Klonoa’s unique ring weapon lets him fire a Wind Bullet at an enemy. When an enemy is hit by one, Klonoa is able to hold the enemy above his head. He can then launch it an enemy, or he can jump on top of it to perform a double-jump. Unique to the Wii version is a spin attack that Klonoa can do in order to temporarily stun enemies. You can use either the Wii Mote turned sideways, or you can plug in the nunchuck attachment. The sideways scheme is my preferred method, but sometimes the controller isn’t as responsive as needed. Klonoa’s mechanics are simple, but effective. It’s an enjoyable formula that isn’t too complicated, yet it relies on timing and smart thinking. The Wii version has some bonus stages that are extremely challenging. These require precise timing in order to make it to the end. Boss battles often times rely on trial and error, but again, there is nothing too complicated. With a variety of extra lives to collect throughout each stage, Klonoa is an easy title that gamers of all experience levels will enjoy.

The graphical overhaul in the Wii version is gorgeous. Klonoa has always been a colorful and vibrant world; reminiscent of platform adventure games from the 16-bit era. Seeing the shiny, polished graphics is a treat. Klonoa moves well, the environments are well animated and the enemies he faces come in a variety of shapes and colors. Each Vision has a theme that reflects the kingdom he’s traversing. The music is as whismiscal as the game’s look suggests; not much else to say about it. Another new feature for the Wii version is the option to have the spoken dialogue in the original Phantomile language, or you can opt for English. Either option works well, but it’s slightly odd hearing Klonoa’s “wahoo” voiced by an adult male.

Klonoa can be finished in less than five hours. Finishing the game once unlocks new Visions and challenges, but the main campaign doesn’t take long to finish. Like other action-platform games, Klonoa is perfect for easy pick up and play sessions. Even though I’ve seen it all, there will be times when I just want to play something carefree without much of a challenge. Klonoa fits that mold perfectly. The Klonoa series reminds me of why I’m a gamer in the first place. Its aesthetics were designed with children in mind, but gamers of any age can pick it up and feel like a kid again.

Overall, 7/10: Want to play the original Klonoa but don’t want to pay for the cost of admission? Opting with the Wii version allows you to experience an enhanced version at a normal price.