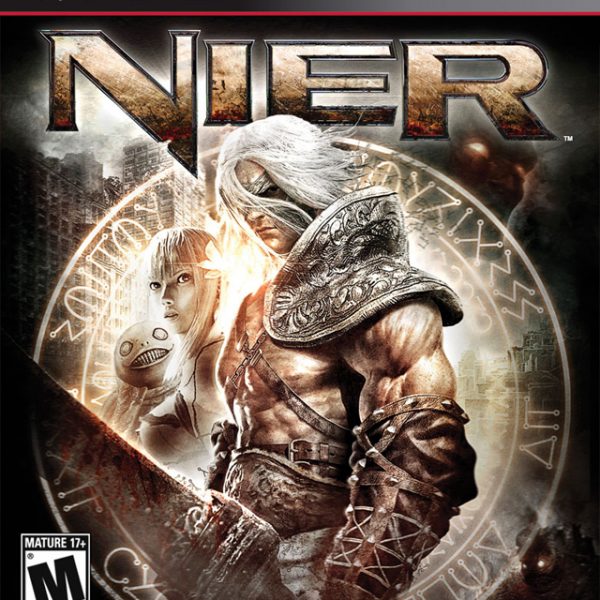 One of the first reviews on my website was for Drakengard 2. It was…fair. Some of the stuff I expected was there: dragons, gore, crazy villains. But, it was clear that Drakengard creator Yoko Taro wasn’t anywhere to be found. The bland combat didn’t help, either. My point? I was hesitant to play Nier. The two words that stuck in the back of my mind as I booted it up were “clunky” and “beautiful.” That’s how people described the game to me. It’s an accurate statement. The good news is that it plays better than both Drakengards. The great news is that the story is as epic as promised. The not so great news is that the game play is still not where it could be.

Those that suffered and cursed their way through the E Ending in Drakengard might be surprised to know that Nier takes place directly after it. But, if you weren’t one of the few that left a trail of busted PlayStation 2 controllers, then you can still jump right into Nier. The game opens in a snowy city where a father and his daughter are trying to stay warm, healthy, and full. But, things aren’t going well. Monsters that look like human shadows are zeroing in on the two of them. After the father fends them off, we are thrown thousands of years into the future. A father that looks similar to the one in the introduction, aptly named Nier, is seen doing odd jobs around the town. Nier’s daughter Yonah has a disease called the Black Scrawl. Hoping to find a cure, Nier journeys beyond the town; always searching for a lead to a cure. He meets a talking book named Weiss that teaches him magic, as well as the possibilities of a cure for Yonah. That’s a lot to take in, and that’s just the beginning. Nier’s story is excellent. It sounds confusing, but eventually it all comes together to form a fantastic narrative that you won’t forget. 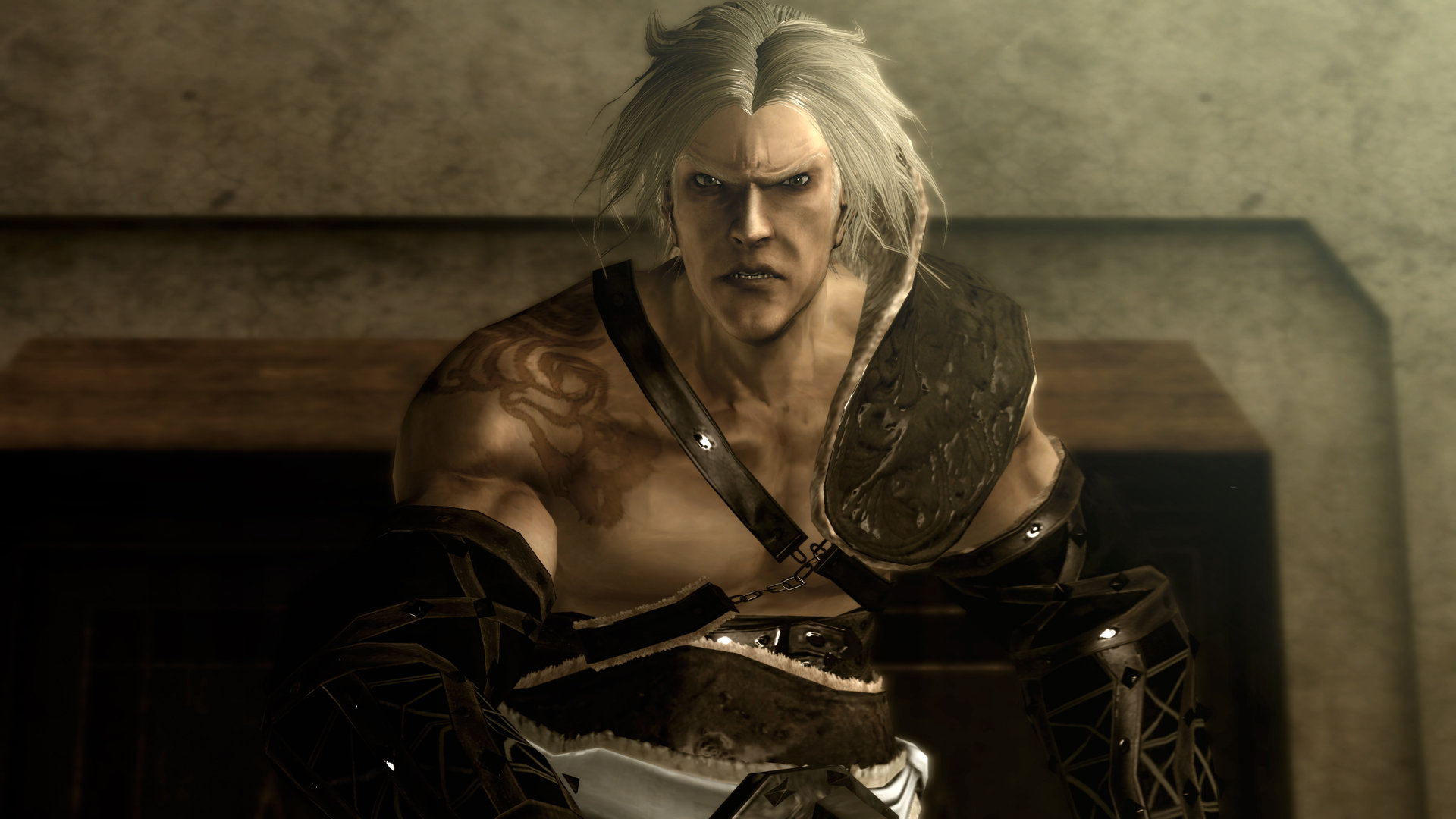 You don’t need to be pretty to be a hero.

I want to continue with something that I consider to be the best aspect of Nier; another aspect you won’t forget: the music. Don’t misunderstand; the rest of the game has its moments, but it’s the music that really turns the game from a “moderate recommendation for a lazy weekend” to an “absolute recommendation for your gaming pleasure.” Composed by Keiichi Okabe, the music combines beautiful vocals and intense instrumentals in a way that makes you feel attached to the dying, despondent world of Nier. No track feels out of place, and each one is enough to make you stop what you’re doing and listen to it all the way through. The voice acting (major shout out to Laura Bailey’s performance as Kaine – work it, girl) is wonderful, but when it comes to audio, the music reigns supreme in Nier. The visuals didn’t get as much love, but they’re serviceable. The environments have some neat set pieces such as a unique desert town and a manor displayed only in black and white, but they usually range from bland to blah. Enemies, with the exception of the bosses, are the same way. In fact, the only time the graphics really shine is when Nier uses a magic spell. They aren’t over the top, but they’re stylish and fun to see in action.

Actually, magic is one of the most useful things in Nier’s arsenal. His big, muscular frame allows him to move at a moderate pace, jump, dodge, and guard. He can equip a variety of swords, great swords and axes. However. Due to all of these “attributes” being at the mercy of clunky controls, magic is the best thing he can do. Magic requires energy from a constantly regenerating amount to cast. Spells come in all shapes in sizes; watching the destruction unfold is delight. When you’re hacking away, the momentum stalls. Outside combat, Nier can interact with townsfolk, shop, upgrade his weapons and/or take on side-quests. If you need a breather from finding a cure for Yonah, then you can participate in fishing or gardening. There’s a fair amount of content in Nier. Sadly, none of it is enough to make you excited to continue with the story. Rather, you tolerate it because the story and world (and music!!) are just that good. For a good chunk of the campaign, Nier will get the help of some bizarre looking and acting allies.

Luckily, there are multiple difficulty levels to select and the side-content can be largely ignored. However, if you want to go for the platinum, then you’ll have to grind, fish, and garden from dusk to dawn. Normally, finishing Nier with all of the endings can take about 15 hours. To do everything, however, you’ll be looking at 40 to 50 hours. Just like Drakengard, Nier allows you to experience multiple endings without the need of having to start the game from scratch. Personally, seeing all of the endings was enough for me. I recommend Nier just for the story and the music. You just have to endure some gameplay that can be cumbersome, and some graphics that don’t always feel at home on a PlayStation 3. But, in doing so, you get to see a tale that has more than meets the eye. There is a lot of creativity in Nier. With a good budget and some fine tuning, this could have been the next big thing.

Overall, 7/10 – Nier is unique. Nier is funny. Nier is gruesome. Nier is many things. Unfortunately, Nier can be hard to play. But, to see its many things, it’s worth the struggle.