Resonance of Fate. A review about Sega’s impeccable timing. 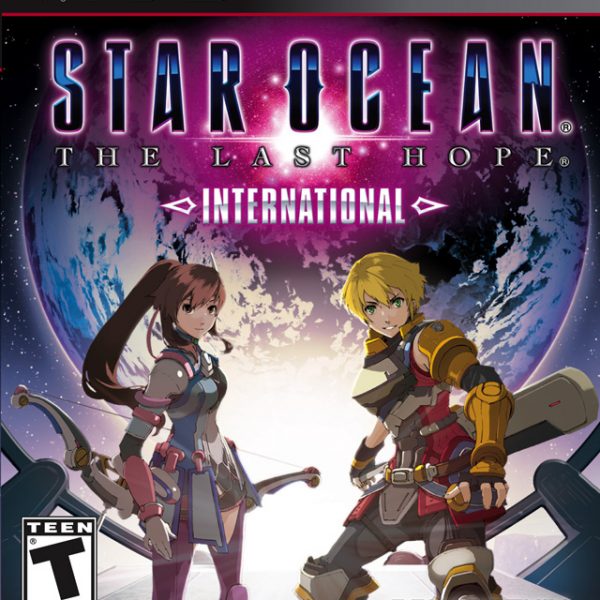 Author’s Note: After publishing this review back in 2011, I remember debating whether or not to go for the platinum trophy. Nearly 500 hours later, I earned it. It’s for that reason that I decided to add this as a favorite review.

For the last 100 gaming hours, I have played Star Ocean: The Last Hope -International- for the Playstation 3. Up until this point, I thought for sure that Arc the Lad II would be the RPG that took up the most of my time. Oh, how wrong I was proved when I started my campaign with Star Ocean. Sure, most folks (see also: non-masochists) just looking to pass the time can easily finish this superb space saga in 30 hours provided they can stomach the first couple of events. But why did it take me 80 hours, you ask? Well, Star Ocean: TLH is a completionist’s dream. Or nightmare. It depends on how many breaks you take during the game sessions that will undoubtedly rob you of anything you call a social life. Heck, bathroom recesses would have been a non-issue if not for my IBS. I’m joking: I don’t have IBS. Nor do I lack a social life. I think you get my point. Doing as much as I could within the above mentioned 100 hours let me acquire a chunk of extras. I should be so lucky that I have approximately another 500 hours or so to go until I get it all. Yes, that’s right. 500 hours. No matter which way you look a it, Star Ocean: The Last Hope -International- is a massive game that fans of RPGs should check out.

As Adrienne Maloof sternly says in the opening credits of The Real Housewives of Beverly Hills, “Having it all is easy, if you’re willing to work for it.” Truer words couldn’t be uttered in regards to the story of Star Ocean: TLH. A thrilling opening sequence shows the aftermath of World War III. Earth is uninhabitable, so mankind decides to wreak havoc on outer space. Or as the game leads you to believe, they wish to start anew. The Greater United Nations establishes the Universal Science and Technology Administration, or USTA, and years later, the Spacedate calendar is created. The USTA initiates the Space Reconnaissance Force in hopes of finding new places to live and new intelligent life forms. On S.D. 10, the first mission is about to begin. At the forefront is the unfortunately named Edge Maverick. With his childhood friend Reimi Sayonji, Edge (sigh) and a horde of other starry-eyed youths gets ready to embark on a mission into the great star ocean.

To get to the good parts of the story, you have to endure the first three or four hours the adventure. Pacing is Star Ocean: The Last Hope’s biggest issue. Not only do the story segments take up 40 minutes to an hour a piece, the majority of the dungeons are massive. Gigantic, even. Thus, you will find yourself tirelessly running around the first couple of worlds for the sake of performing silly quests. But, remember Maloof’s statement? Once you get past the obstacles, you can enjoy a surprisingly exciting narrative. Star Ocean is never one for stories that ignite the imagination, but the one found in The Last Hope is the best of the four. You just have to remember it takes much longer than usual to bite into the cream filling. Also, keep in mind that Edge is as lame as they come. Similar to other Star Ocean heroes, Edge is a walking, talking cliche with spiky blond hair, a do-good attitude, dialogue from a trashy romance novel and a ridiculous last name. Maverick? Seriously? Well, he can pushed to the side because the rest of the characters (yes, haters, even Lymle) are wonderful and unique. Reimi is exactly what Edge needs at his side because her darling ways balance out Edge’s antics. The rest of the characters bring their own unique quirks to the table and in comparison to Edge, they are great.

The majority of the time in Star Ocean: The Last Hope, you’ll be running around different planets from one point to another and completing whatever the current objective is. In the field, you’ll see monsters similar to the way they were in Star Ocean: Til the End of Time. New to this Star Ocean are harvesting and mining points, which allow you to gather raw materials used in Item Creation. Item Creation is back in full-swing, but the unfortunate part about it is that you have to be in your ship to do it. During Item Creation, you can hold sessions with your party members to create new recipe ideas. Once the ideas are discovered, you can make the item. Some recipes come from memos you find in treasures or from fulfilling side-quest objectives. Every shopkeeper, and I do mean -EVERY- shopkeeper, will ask you to deliver some goods. Some of these deliveries will take no time at all while others will require the rarest ingredients you can find. Item Creation and the deliveries go hand in hand and need to be fully explored if you wish to get every trophy in Star Ocean: The Last Hope. Alongside your deliveries, you’ll encounter other side-quests as well from NPCs in the towns. Needless to say, you’ll be busy. At one point in the game, I received a whopping 45 delivery side-quests. I wasn’t thrilled, but thanks to Item Creation and the in-game monster manual, it was easy to find the ingredients.

Speaking of the monster manual, you’re probably wondering if Star Ocean: The Last Hope’s real-time battle system is fun. Well, if not for these exciting battles, I would have stopped playing Star Ocean a long time ago. Battles occur when you touch an enemy. You control one character while your AI controls the other three. All of the characters can perform various attacks, thus any player can enjoy using a specific character that suits them. Each character can equip various special attacks and support abilities as long as they have enough CP. When the skill Chain Combo is acquired, characters will be able to link their special attacks together and increase the damage. Much of The Last Hope is similar to Til the End of Time. Luckily, the ridiculous MP death, the AAAs, and the hard and soft button presses were removed. Beneath the characters lies the Fury Gauge. When it reaches 100, you can enter Rush Mode to become more resilient to attacks. Furthermore, characters can perform Rush Combos with the right button presses. These allow you to link special attacks together with your controlled character and your teammates. The most fun aspect of the battle system is the Blindside. By targeting a foe that is targeting you, you can rush behind the foe and perform a Blindside. In doing so, you will be able to cause more damage than normal. There’s more to the battles such as the BEAT system and the bonus board, but one thing worth mentioning are the return of battle trophies. Instead of having around 300 or so that Til the End of Time had, The Last Hope has 100 for each character. Since there are nine characters, that means you have 900 battle trophies. Yup, nine and two zeroes. For those who don’t mind doing it all, BTs aren’t much to worry about. However, the battle bonuses that they grant can be a huge benefit. Furthermore, many of the trophies in The Last Hope revolve around battle trophies. Am I insane for wanting to do it all? Absolutely. But, remember: the battle system in Star Ocean: The Last Hope is a blast. While these battle trophies are time consuming, they involve you using the best feature of the series: the battles.

One thing to mention about the PS3 version of Star Ocean: The Last Hope is that you can alter a few things in terms of graphics and sound; something that was unavailable to you in the Xbox 360 version. If you’re like me, then you find the character CGI portraits to be creepy, emotionless dolls that look ready to haunt your sleep. This version allows you to change them to a classic, 2D anime look. Furthermore, you can set the language to be in Japanese. You’ll be glad you did because it will turn Lymle from unbearable to adorable. Funny how a simple voice swap will do that to a character. Are you still not a fan of someone’s voice? There is an option that lets you turn off the voices of individual characters as well as an option to turn off the enemy voices. These simple things may not mean much to some, but if you were one of the unfortunate souls that listened to the English voice acting in the original 360 version, you will thank the gods of the star ocean for these options. That aside, presentation in Star Ocean: The Last Hope is gorgeous. Yes, there will be lots of walking (and in some instances, riding on the top of a cute bunny) as you travel from place to place. At least your eyes will never complain. The sand in deserts in Roak will glitter and shine as you head towards cacti and oases. The snowy mountains of Lemuris will lead you to the mysterious architecture of the citadel. You’ll even find yourself in technologically advanced warships and civilizations. It’s a game full of unique locations and not one detail was left out of place. The music is created by the talented Motoi Sakuraba. As per usual, he did a great job. Fans of previous Star Oceans will be happy to hear some of his earlier compositions thrown into the game.

If there was ever an RPG to “platinum,” this is the one. Collectors and completionists alike will have something to do. Once I hear the game go “ding” and display my final trophy for the PSN world to see, I can tell you that I will not go for platinum on another RPG for a long time. Despite the fact that some of the things needed to get 100% are ridiculous on the surface, they’re very much doable and thanks to Star Ocean’s fun battle system, they’re very fun. I warn you that getting all of the trophies is not for the faint of heart. There is so much to do it can get overwhelming. Battle trophies are just a small part of the big picture. All of the items to make, side-quests to finish, bonus dungeons and backtracking necessary might make you second guess doing everything. If it gets too harrowing, you’re still in for a fun ride with the main quest. Star Ocean: The Last Hope -International- is a gigantic game that fans of RPGs should own. To the Star Oceanographers of the world, you owe it to yourself to play the latest edition in the saga that actually lets you explore outer space. Bite the bullet and put up with Edge Maverick for the first few hours. Once the initial events are finished, a grand adventure awaits.