Off the Astral Chain of fools. 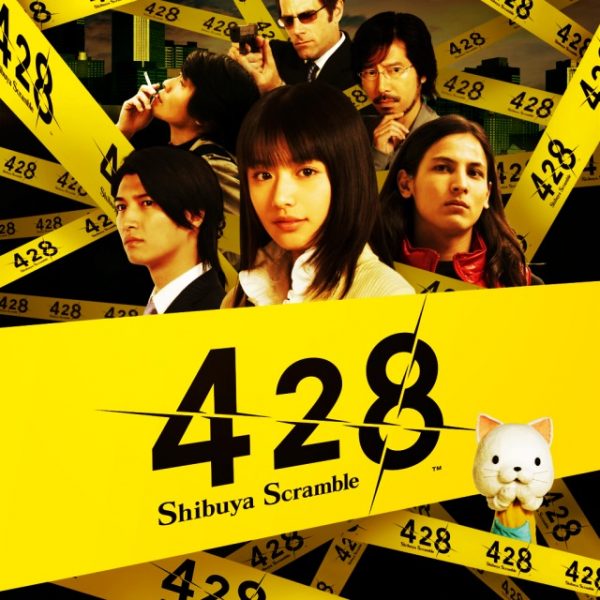 Initially released for the Wii in 2008, 428: Shibuya Scramble is one of the most intense and addictive visual novels I’ve ever played. I’ve been getting into visuals for a few years, but Shibuya Scramble is one of those rare ones that stands out. To bring the point further home, it’s a game that is so interesting that I recommend it to everyone regardless of their feeling towards visual novels.

Taking place in Tokyo’s famous ward, 428: Shibuya Scramble tells an intriguing story seen through the eyes of different characters. We first meet Shinya Kano, a detective on a stakeout. He and his partner are closely watching Hitomi Osawa, a young woman whose twin sister was kidnapped for ransom. The kidnapper instructed that Hitomi bring money to a hand-off location. Meanwhile, a Shibuya local named Achi Endo is out collecting garbage from the streets. His collection path takes him towards Hitomi. Miles away, Hitomi’s father Osawa is busy dealing with his daughter’s kidnapping and a string of mysterious emails that show his involvement with a deadly virus. On the other side of town is a freelance reporter speeding down the road to stop his friend from committing suicide. Finally, a girl dressed as a cat mascot is working the Shibuya Scramble trying to hand out free samples of an energy drink. Unfortunately, she’s dealing with a bout of amnesia and can’t remember why she signed up for this gig in the first place.

Kidnappings. Journalism. Bio terrorism. Mascots. All of this and more combine to make everyone’s day in Shibuya a lot more interesting. The story is fantastic and, for the most part, perfectly paced. The best part of it is seeing the memorable cast of characters interact. They’ll unknowingly cross paths. Other times, they’ll come together organically. And sometimes, one will do something that seems inoffensive at first, but will result in an abrupt ending for others. Like other visual novels, players will spend most of the time reading text and making a choice along the way towards the true ending. Choices can potentially result in one of many bad endings. It’s up to you to prevent these by jumping between protagonists in a handy time chart, making the correct decisions and moving forward. Or, you can use the time chart to check out other bad endings. Some of them are so over the top that they’re worth seeing.

The story is told through a few live videos, and copious amounts of both text and live-action stills. If this style interests you, then you’ll enjoy the graphical presentation. I thought it was a neat choice. Seeing the cast of characters in various poses, expressions and mannerisms amplifies the story and script. There isn’t any voice acting (with the exception of a fully voiced, anime styled bonus story) but the fantastic soundtrack and ambient effects make up for it.

My biggest problem with Shibuya Scramble is the scrolling speed of the text and the lack of a text skipping option. Folks like myself that want to see all of the game offers (which can amount to 30 hours) will have to re-read the same text over and over at a slow speed. The game was originally released in 2008, but this PlayStation 4 port was released in 2018. The above mentioned features should’ve been included. Despite this, I was sad to see the game end. The rollercoaster of a day I spent with the cast was over. Saying さよなら to everyone was a bummer. Finishing the game, and fulfilling certain conditions, will unlock a variety of bonuses that add some extra fun. Just when you think you’ve seen it all, the game continues to throw more bonuses your way. 428: Shibuya Scramble was one of a kind. Visual novels aren’t for everyone, but this is an exception. If you’re looking for a game with a story that hooks you from the jump off, then this is highly recommended.